News Sarah Siyufy Here’s a Huge Advantage to Taking Women-Only Tours
NewsVenice’s Ban on Cruise Ships: What it Means for You

Venice’s Ban on Cruise Ships: What it Means for You 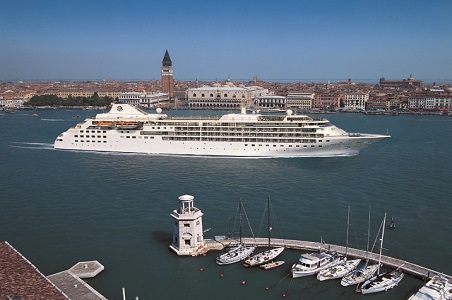 When travelers think of an Adriatic cruise, scenes of Venice, Italy—its canals, bridges, piazzas, vaporetti, stunning architecture, and gelato shops—come to mind. It’s one of the most popular cruise destinations in Europe and a major embarkation/debarkation point for dozens of cruise ships. And for many, the sail-away from Venice, through its Giudecca Canal, is an awe-inspiring experience.

Off the northeast coast of Italy, Venice is actually chain of tiny islands linked together by a maze of bridges and canals. It’s a breathtakingly beautiful place, despite its numerous environmental challenges. The city itself has been sinking for years and is often flooded to one degree or another during rainy season. The town has also struggled to manage the influx of tourists that are drawn to its historic center.

Venice may be known as La Serenissima, or "the most serene," but the moniker isn’t entirely accurate these days. Venetians have been increasingly concerned about the impact of tourism and the potential for an environmental disaster off its shoreline due to the number of cruise ships that enter and exit its lagoon.

That’s why earlier last month, Venice announced a new policy to prohibit the transit of cruise ships to the city via the Giudecca Canal. It’s not that the city wants to shun the cruise industry altogether: It simply wants to force traffic further away from the landmarks along the shoreline. City officials say that—pending canal dredging—most ships will now transit the Contorta Sant’Angelo Canal.

Additionally, the city is clamping down on the size of ships that can visit Venice, as well as the total number of vessels that call on it on a daily basis. As of January 2014, Venice plans to reduce the visitations of larger ships (those that are 40,000 tons or heavier) by 20 percent. This effectively caps the number of ships that can enter per day to five. In November, vessels heavier than 96,000 tons will not be allowed to enter Guidecca Canal at all.

How the city plans to implement the new five-ships-per-day rule remains to be seen and have yet to be announced. Which ships will be allowed passage? Will it be first-come, first-serve? However they proceed, cruise line executives want their passengers to know that Venice will remain a regular port of call—even if the transit to and from the city must evolve. In the future, these new regulations may mean that cruise lines deploy their smaller ships for itineraries that include a stay in Venice.