News Larry Bleiberg You Can Finally Look Inside This Stunning D.C. Landmark. But Only for Another 25 Days
Home  >  News   >   Valley of the Oaks, California

Valley of the Oaks, California 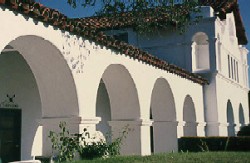 Where: The Valley of the Oaks lies on El Camino Real, the old King’s Highway that once connected California’s Spanish missions, west of King City, halfway between Los Angeles and San Francisco.

Why: This isolated valley gives an idea of what California mission life was like in the 1700s when Spanish priest Father Junipero Serra founded Mission San Antonio de Padua here. In the 20th century, before constructing his 60,000-square-foot “little something” on the coast, William Randolph Hearst built a small “Hacienda” here, a working ranch house designed by Hearst Castle architect Julia Morgan, who drew inspiration from the nearby mission. Hearst used this place as a hunting lodge until the 1930s, when, his fortunes declining, he sold the land to the United States Army. The Hacienda and mission lie tucked away inside Fort Hunter-Liggett and visitors are welcome.

Top Outing: Mission San Antonio de Padua was California’s third Spanish mission and one of its most prosperous. After the mission era, the property fell into disrepair, its mud-brick walls melting back into the earth. Today’s reconstructed church and attached buildings represent a fraction of the original, quadrangle-shaped complex. Inside the small museum, where the original wine vat still smells like grapes, displays depict mission life. Outside the church door, a plaque commemorates California’s first wedding, held May 16, 1773, when a 25-year-old Mexican soldier married a Salinan Indian woman. 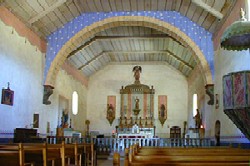 Also Worth Seeing: Take Nacimiento-Ferguson Road west through oak forests and meadows, over the Santa Lucia Mountains to California’s Highway One. When skies are clear, this 17-mile drive can take over an hour, and progress may be best measured in “photographs per mile.” The road reaches Highway One south of Carmel, Mission San Antonio’s nearest neighbor in 1771.

Where to Stay: Hearst’s Hacienda is now a hotel where you can play “king for a day” in his private quarters, dream of his famous guests in one of four tower rooms (suites with queen-size beds and Spanish woodwork) or bed down in a cowboy’s room.

When to Go: Any time is fine here, but winter mudslides sometimes close Nacimiento-Ferguson Road and Highway One. Spring wildflowers around the mission are often among the state’s most abundant and showy.

How to Get There: From U.S. 101 take Jolon Road (highway G-14) west to the Fort Hunter-Liggett entrance. You’ll need identification and proof of insurance to get in.