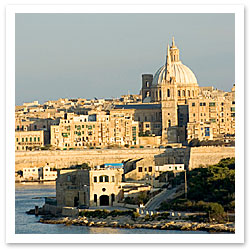 Malta is often overlooked, yet it offers what travelers want: the full European experience without the crowds…

Where: Valletta is the capital of Malta, a tiny island nation in the Mediterranean, 58 miles south of Sicily.

Why: Founded by the Knights of St. John, an order of upper-crust Crusaders, this city boasts a remarkable range of historic attractions, plus legendary landscapes that have drawn notables from Sir Walter Scott to Ridley Scott.

Don’t Miss: Roaming the Old Town from the city gate straight down to Fort St. Elmo. Since the knights were given all of Malta in return for one measly falcon a year, they had ample cash left over to fund a building spree that lasted from 1530 to 1798. St. John’s Co-Cathedral (which is crammed with gilt work, frescos and mosaics), the Grand Master’s Palace (with its Gobelin tapestries and cool armor collection), and the Manoel Theatre (one of the most opulent working theatres in Europe) are just a few of the over-the-top edifices erected during this period.

But while the knights were Malta’s most prolific architects, they were hardly the first. On the outskirts of Valletta, you can see the handiwork of a mysterious Neolithic fertility cult at Hal-Saflieni Hypogeum: a subterranean necropolis hacked from solid rock with axes and antler picks. Even more impressive are the Ggantija Temples, about an hour away. Predating the pyramids by 1000 years, they are among the oldest man-made structures on the planet.

Also Worth Doing: Cross Valletta’s Grand Harbour on a luzzu, a brightly painted boat that has plied local waters since Phoenician times. Or sign on for an excursion with Captain Morgan. Trips include glass-keeled boat tours of St. Paul’s Bay (where the apostle was shipwrecked in 60 AD), catamaran adventures, and sunset schooner cruises. Rather be under the water than on it? Scuba divers can explore sea caves, unusual rock formations, and sunken warships. 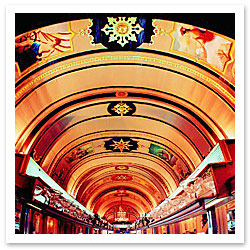 Where to Eat: Start the day with Arab-inspired delicacies like gaquata-ghasel (honey cakes) at Caffe Cordina, Valletta’s landmark coffeehouse. At lunchtime, ciao down at La Cave, a 16th-century wine cellar converted into an Italian-style trattoria. End the afternoon with traditional English tea at Méridien Phoenicia’s Palm Court Lounge. For dinner, book an al fresco table at Barracuda,in suburban St. Julian’s.

Where to Stay: A seven-acre garden and palatial harbor-side pool help make Méridien Phoenicia (doubles from $150) the grand dame of Valletta hotels. Visitors who’d prefer to make themselves at home in an upscale villa can find listings for vacation rentals — many of them certifiable bargains — at www.visitmalta.com.

When to Go: Winters are warm (temps can hit 63 F in December) but sometimes wet; summers are hot and dry. So it’s best to come in spring or fall. Party lovers in particular should consider timing their trip to coincide with Valletta’s annual Carnival, which kicks off five days before Lent.

How to Get There: Lufthansa and Alitalia offer single-carrier flights from select North American cities. Alternately, you can connect with Air Malta at a European “gateway” airport.