Top Tips for Traveling Abroad with Your Smartphone 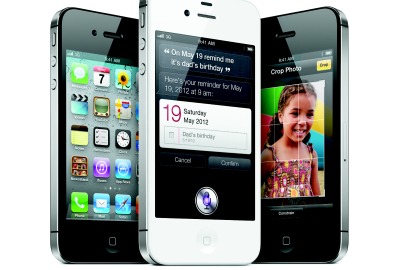 It’s practically impossible to plan or execute a trip these days without a Wi-Fi connection or a smartphone. Perhaps that’s why the prospect of being on the road sans smartphone has you considering paying those crazy roaming charges. But rather, save your money for that Michelin-starred restaurant. There are now smartphones on the American market that can be used as “local” phones abroad—meaning you don’t have to shell out the price of a companion ticket to use the features that make these gadgets so, well, companionable.

Your phone must use the GSM system to work abroad, which is the international standard. Don’t ask why. It doesn’t even really matter what it stands for. Just go to your service provider and find out if you have a GSM or dual GSM/CDMA phone. If so, you’re good to go everywhere except in Japan (their network is too smart and won’t talk to anyone else’s). If your phone only uses the CDMA network, you’re out of luck. Enough said.

Most mobile phones sold in the U.S. are “locked” to a single network. Très annoying. However, you can purchase unlocked phones—at major retailers such as Best Buy or Amazon—usually for a much higher price than their locked counterparts. Another option is to buy a locked phone and unlock it yourself with an access code. First, make sure your phone can be unlocked, because some models can’t. Then, see if your network carrier will give you the code. If they don’t, buy it online for $10 to $20 at reliable sites such as www.cellunlocker.net.

There are dozens of GSM smartphones available these days, but there are a few we like best, mostly because they’re common to the international market (Blackberry and Nokia also work well). The LG Optimus is a super affordable, entry-level Android that’s easy to unlock. One downside is that the camera lacks a flash. For a mid-range Android with great apps, opt for the Samsung Galaxy S, which also unlocks easily but lacks a flash. Then there’s the iPhone 4 and 4s, which has a great camera among other cool features—but of the three, it’s also the most expensive.

Getting through immigration was a breeze, your bags arrived safely, and you’ve settled in at your hotel. Now, you’re ready to connect. Ask the concierge to recommend a local cellular network store. Most countries have several, but the rule of thumb is that the largest is also usually the easiest to deal with. Some countries require a passport to register your new number, so be prepared for that possibility. Also, if you don’t speak the language of the country you’re in, try to find someone who’s fluent to help you. Either ask the concierge for some key phrases, or find an English-speaker in the store.

Your first order of business is to replace your SIM card (that little chip that slots in somewhere under the battery), to get a local number. It’s not expensive, so load that baby up with credit, available in different increments. You’ll be able to make domestic calls at reasonable prices, receive calls for free, plus send text message—often the best way to stretch your dollars. True, callers from abroad will pay international rates, but if they use Skype, the calls will still be cheaper than what it would cost to receive calls while roaming.

A Plan for When Wi-Fi Wimps Out

You’re museum-ed out, you need a caf&eacute with good coffee, and you need it now. Nary a Wi-Fi signal in sight, and you’ve heard those nightmare stories about thousand-dollar roaming bills. The whole point of this exercise was to get thee on 3G.

When purchasing the SIM card, check that your phone can access local 3G networks (some phones will automatically pick them up; others need to be configured). If you plan on using data for more than just email, it’s most economical to purchase a “data bundle” (anywhere from 50MB to several gigs). Some phones will require new settings to be entered manually, but now that smartphones having taken over the universe, the process is straightforward enough that anyone behind the counter can probably do it for you.

Do you use your smartphone overseas? Tell us about it! Share your experience with us in the comments section below.