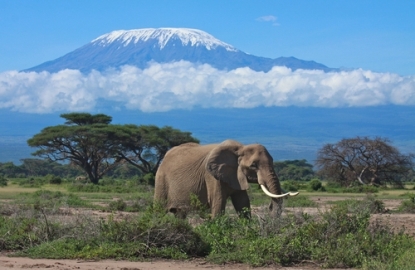 Yesterday, the U.S. State Department issued an updated travel warning for US citizens living in or traveling to Kenya as a result of heightened terrorist activity and crime in the area. In a statement on the department’s website, it noted:

"The U.S. government continues to receive information about potential terrorist threats aimed at U.S., Western, and Kenyan interests in Kenya. Terrorist acts can include suicide operations, bombings, kidnappings, attacks on civil aviation, and attacks on maritime vessels in or near Kenyan ports. Although the pursuit of those responsible for previous terrorist activities continues, many of those involved remain at large and still operate in the region."

The statement referred to several specific attacks on foreigners over the last year or so, including kidnappings associated with the Somali terrorist group Al-Shabaab, also known as the Mujahideen Youth Movement. The most recent incident included the June kidnapping for four international aid workers in Dadaab, who were rescued July 1.

Bordering Somalia, the North Eastern Province of the country is considered especially dangerous, having been the location of nine attacks involving grenades or explosives in the last year. Currently, government employees, contractors, and grant recipients and their families are barred from the area— the ban does not apply to non-governmental US citizens—as well as to the coastal region north of Pate Island.

The most popular safari destinations are in regions closer to the Tanzania border and removed from the North Eastern Province. Before or after visits to game parks, travelers often spend a night or two in the capital city of Nairobi. On the coast, Lamu is a popular beach destination that is south of the ban area for governmental US citizen.

The government urges US citizens to be cautious and aware of their surroundings especially in public places. Suggestions include visiting "legitimate" tourist stops during the daytime only, locking car and hotel doors, keeping only small amounts of valuable on one’s person, and avoiding all demonstrations or rallies. Travelers are also encouraged to enroll in the Smart Traveler Enrollment Program, which allows the US Embassy to contact traveling citizens with updates and emergency notifications.