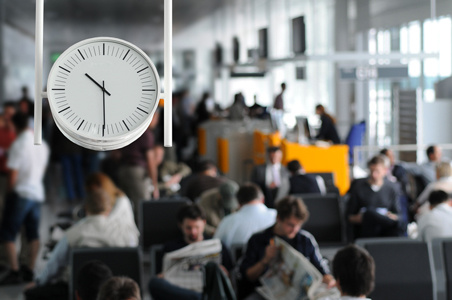 Welcome to the United States; we hope you enjoy our lines.

That’s the message being sent to more and more visitors according to a recent report. Published by the US Travel Association, the study suggests that wait times in the immigration and customs halls at airports around the country are going up, threatening the tourism market as travelers look elsewhere to avoid the hassles. The average wait times during peak arrivals windows were approximately 30 minutes, not an unreasonable amount of time. But there were a number of instances where the wait was 4+ hours, a much less pleasant situation for travelers.

The Association notes that the current government sequestration and associated budget cuts may be contributing to the issue. Those cuts limit the number of officers working the immigration lines and also limit their overtime hours. That adds up to an ugly situation for many arriving passengers. Still, the sequestration issues didn’t kick in until early 2013 and some of the data in the report—4.5 hour waits at JFK in December 2012, for example—were from prior to that time. Having fewer officers working isn’t helping the situation, but it also isn’t the only problem.

The delays at entry are putting the US tourism industry at risk, according to the industry trade group. It says that nearly $100 billion in annual economic activity is at risk, along with more than half a million jobs associated with tourism. Some groups, including aviation services company Arinc, see technology as a large part of the potential solution to the wait times. That might help, though recent changes to digitize some US immigration forms don’t seem to have had a significant change on the wait times so far.