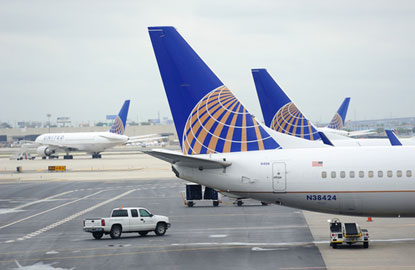 Sunday afternoon seemed like a dream come true for frequent travelers. United Airlines was offering up award flights to or from Hong Kong at the ridiculously cheap rate of four points per ticket. Chat boards and blogs lit up with excited discussions of nearly free first class tickets half way around the world and folks hoped to get lucky. The airline realized the problem reasonably quickly considering it was a weekend and closed the hole but passengers were left wondering what would become of the tickets already booked. Would they be honored or not?

The answer came roughly 30 hours after the hole was closed. A company representative posted on FlyerTalk.com and MilePoint.com, two popular online travel communities, that the mistake would not be honored. Customers will be given the option to pay the full price for the awards flights they booked or have the reservations canceled without penalties. But folks who had plans for a free vacation to Asia will be left in the cold. The post said:

"Hi Everyone, over the weekend, we discovered a United.com programming error that allowed customers to obtain Mileage Plus travel awards to and from Hong Kong for as little as four miles roundtrip per person, substantially below published levels, which we disclose to customers. We have since corrected the error and will be in contact with customers who have tickets issued at the incorrect award amounts. Customers will be given the choice to redeem at the correct mileage amount or re-deposit their award with all fees waived. We regret any inconvenience this has caused you, and appreciate your understanding."

This is not the first time an airline has made a mistake with respect to pricing tickets. Historically both United and Continental, the carrier they merged with in 2010, have had a policy of honoring mistakes they’ve made, even when those mistakes were quite significant. United honored the $10,620 tickets to Auckland which they accidentally sold for only $1,062, for example, and Continental has honored many similar mistakes over the years. Both even stated to the Wall Street Journal some years ago that their corporate culture was to honor mistakes. In a Wall Street Journal article from early 2010 Robin Urbanski, United’s spokeswoman at the time, noted that honoring such mistakes "[I]s the right thing to do." Apparently not any more.

Since the beginning of 2012 the Department of Transportation has weighed in on the issue, noting that attempting to cancel or change the price of a ticket after the initial full payment is received would be considered a violation of the deceptive trade practices rules which the agency enforces.

This rule was recently put to the test regarding a number of tickets issued for travel from Yangoon, Myanmar to various destinations in the United States. Those were initially cancelled but later reinstated by the airlines and booking agencies after the DoT got involved. There does appear to be some gray area on the DoT rules and their application to award tickets as well as how they define full payment of the fare, particularly since the final pricing page showed two different prices on it. And it is not clear that the company ever actually deducted the incorrect 4 mile price from any accounts during the booking process. Still, it seems likely that the DoT will be involved on this one soon enough.

This issue is far from closed. But, at least right now, United has taken the position that their mistake really isn’t their problem. We’ll be watching to see how this plays out.