News Ronny Maye Should You Cancel Your Vacation to an Area Impacted by a Natural Disaster?
NewsUnited Announces New 787 Dreamliner Routes 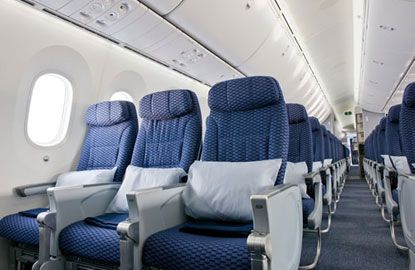 More opportunities to fly on the Boeing’s 787 Dreamliner are coming to the United States. United Airlines, the North American launch carrier for the aircraft, has announced the first routes the aircraft will be used on for international service starting later this year.

The airline had previously announced and offered for sale flights between Denver and Tokyo, set to begin on March 31, 2013. Leading up to that, however, the following routes will also be served by the new aircraft:

The airline expects to take delivery of four 787s this year and more in early 2013 to support this service.

United is quite bullish on the 787, expecting that the new aircraft will help them expand into new markets as well as right-size existing ones. In an internal briefing to employees yesterday Senior Vice President for Network Planning Greg Hart noted, "The 787 is the right aircraft for these routes because of its many passenger-friendly amenities and superior operating economics. With 50 787s on order, we look forward to the many new route opportunities that we will be able to offer to our customers in the future."

Prior to launching these long-haul flights the company expects to see the 787 on domestic flights once delivered. The shorter trips will allow for crew familiarization before the planes are sent on their longer overseas trips.

These routes are not the first Dreamliner flights to operate touching the United States. Japan Airlines has been flying between Boston and Tokyo since April and Ethiopian took delivery of their first 787 a couple weeks ago, using it between Addis Ababa and Washington-Dulles. With the United announcement, however, the options for passengers in the United States will grow significantly.