Hotels & Lodging Amy Fallon Quiet Hours, Curfews, and *Chores*? Why the Tide May Be Turning Against Airbnb
NewsUndiscovered Mexico: 5 Places You Haven’t Been

Undiscovered Mexico: 5 Places You Haven’t Been

So you think you know all about Mexico, everything from tacos to Toltec ruins to avoiding la turista. You’ve explored the Mayan pyramids of Chichén Itzá, downed mezcal in Puerto Vallarta, gone whale watching in Los Cabos.

Before we get started, a note. We consider these destinations safe (and put lots of thought and double-checking into them), but always remember that certain areas of Mexico remain politically volatile, as well as subject to organized crime and drug-trafficking activity. Though violence rarely targets tourists directly, be on your guard anywhere in Mexico, which is one of the world’s worthiest destinations. Check the State Department’s travel advisories and alerts, such as one now in the state of Chihuahua (whose spectacular Copper Canyon would have otherwise been included). Then go and enjoy. Hasta la vista, baby. 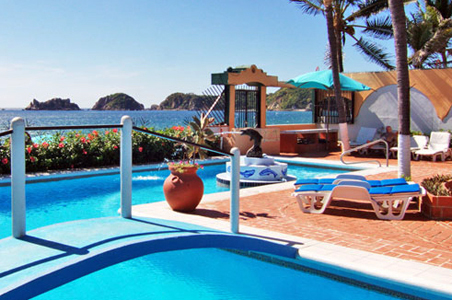 Costalegre (from Costa Alegre, “Coast of Joy”), also known as the “Virgin Coast,” is a series of beaches, capes, and bays set like pearly brooches along the Pacific coast, just south of Puerto Vallarta. If travelers know Costalegre at all, it’s for the fabulous eco-centric jetsetting celebrity haunt, El Careyes, with its polo fields, golf courses, turtle recovery program, and spectacular multi-million-dollar cliff-side villas exploding with color. But you don’t have to be Heidi Klum (who owns), or Uma Thurman and Francis Ford Coppola (who rent), to enjoy its wonders.

Separated by hulking rock formations, you can sometimes hike from one to the next or take local “pangas” (water taxis). The crescent-shaped Bahia de Navidad, stretching three miles between Melaque and Barra de Navidad, abounds in craft stalls and funky bars (the kind where expats down too many margaritas). The nearby Bahia de Tenacatita is the perfect beach (or series of coves) for swimming, snorkeling, and watching whales. Throughout the coast, frigate birds and pelicans dive-bomb for thousands of silver fish trying to escape the lurking tuna. Sport fishermen will appreciate finding big game surprisingly close to shore in Barra, just off the rocky headlands sheltering the bay. In this unsullied paradise, you can even go crocodile “hunting” at La Manzanilla.

Those in search of the “real” Mexico should look for tianguis, markets where the indigenous Huichol from isolated mountain towns offer hand-made pottery, silver jewelry, and brilliantly beaded purses. And of course, Jalisco is the center of the Mexican tequila industry.

Where to Stay: If you don’t have bills to spare for El Careyes Beach Resort, consider renting one of the 13 well-equipped (kitchenettes, cable TV, free WiFi, DVD players available), strikingly cheerful efficiencies on the bay at La Paloma Oceanfront Retreat & Art Centre, whose owner decorated the rooms with trompe l’oeil murals and regional crafts; ask about her painting lessons. The large L-shaped pool faces the ocean. From $100. In high season, there’s a one-week minimum stay; no credit cards.

Where to Eat: Canadians Anne Manning and Chef Peg Montgomery opened Melaque’s Maya, whose tapas bar sensibility marries Mediterranean and Pacific Rim influences in such dishes as tequila-lime prawns and corn and Gouda-cheese fritters with smoked jalapeño aioli. Live music including jazz or blues often wafts through the space, and artists display their wares. 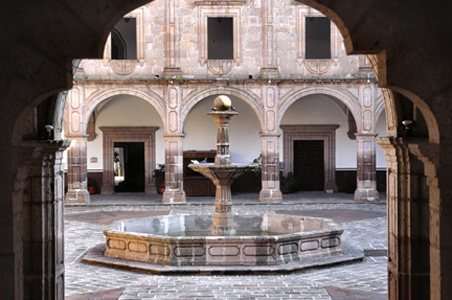 The vision of cobblestone streets lined with craft markets and cafes, street vendors selling authentic foods, magnificent museums, and splendid colonial architecture lives in Morelia, tucked away in the central mountains. The capital of the state of Michoacán was founded in 1541 under the name Valladolid, and its original layout comprises a UNESCO World Heritage Site. The 17th-century aqueduct, notable for 253 stately arches, still supplies water to the city. Most of the grandest structures date back to the 18th century, encompassing the various architectural styles that have been fashionable in Mexico, but most magnificent is the Cathedral, with its twin 200-foot bell towers. Nearly all are constructed of cantera (pink stone), really more ecru, which is particularly stunning at dusk. Check out the varied craft offerings—furnishings, copper, lace, ceramics—and meet a few artisans at the Casa de las Artesanias del Estado de Michoacan. Don’t miss the Casa’s Museo de la Máscara (Mask Museum). Other notable museums celebrate orchids, José María Morelos y Pavón (a key agitator in the Mexican War of Independence for whom the city as renamed), and colonial art (more than 100 Christ figurines made of cornstalk paste between the 16th and 19th centuries).

Where to Stay: The 55-unit Fodor’s Choice Hotel Virrey de Mendoza on the Plaza de Armas was built in 1565 for a Spanish grandee. It still looks and acts the role, with massive stone fireplaces and radiant stained glass, hardwood floors, lace curtains, and punctiliously polite service. Rooms from $140.

Where to Eat: Set in an arcaded, 18th-century building facing the Cathedral, Lu’s offers contemporary spins on traditional Michoacán fare at fair prices. Everything is homemade, utilizing fresh local ingredients, including aromatic herbs sourced from the restaurant’s garden. 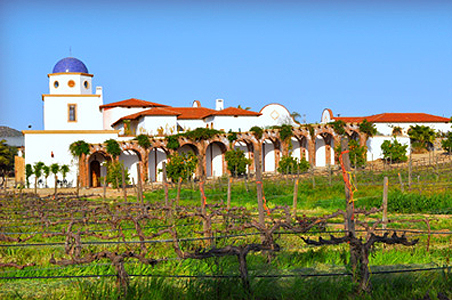 Where to Eat: Set in a charming adobe-and-tile house overseeing vineyards, the luscious Laja offers a farm-to-table experience, with ultra-fresh ingredients sourced from local purveyors and the restaurant’s own orchards. Executive chef Jair Télles apprenticed with Daniel Boulud in New York, as well as at San Francisco’s La Folie. The four- and seven-course menus change constantly to reflect the season, all paired with regional wines, chosen by partner/sommelier/winemaker Andres Blanco. 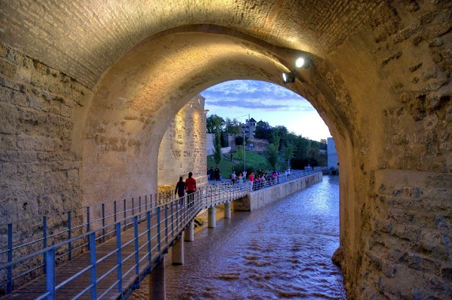 If you believe all the Yucatán has to offer aside from Mayan ruins is pre-fab Cancun and Riviera Maya all-inclusives, think again. Two hundred miles west of Cancun, cosmopolitan Mérida remains virtually unknown to American tourists despite its reputation as one of Mexico’s safest and most gracious cities. Mérida is nicknamed “The White City:” some claim for the gleaming limestone of the buildings, others for the residents’ cleanliness bordering on fetish. The Sunday market here jams with live bands and locals selling traditional crafts. The Paseo de Montejo, often called Mexico’s Champs-Elysées, offers chic boutiques, art galleries, and sidewalk cafes. You can also tour Mérida’s boulevards and plazas by horse-drawn calesa. Superb cultural stops include the Gran Museo del Mundo Maya (Mayan World Museum) and the Museo de Arte Popular, showcasing handcrafts among ethnic Mexican cultures. You can visit the better-known ruins like Chichén Itzá (75 miles) and Uxmal (50) more easily than from Cancun. Or explore the far less crowded nearby pyramids of Aké and Dzibilchaltún, as well as cenotes (ancient sinkholes) where you can swim with locals.

Where to Stay: One of four Fodor’s Choice hotels in town, the dazzling white 1842 mansion Piedra de Agua holds 20 rooms and suites that splendidly blend Old World character (cathedral ceilings, canopy beds, marble floors) and new-fangled contemporary. It couldn’t be more central (late sleeper, beware: the cathedral bells sound every morning). Dine in the courtyard restaurant, which will transport you back two centuries; for a truly memorable meal, commandeer the private cave, part of a hidden passageway that connected Mérida mansions to the church. Chill in the poolside hammocks or over cocktails with cojones in the chichi lounge. 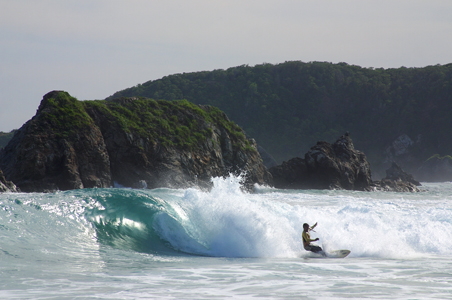 Dubbed both the Costa Chica (“Little Coast,” despite Pacific swells that lure surfers) and the Riviera Oaxaqueña (despite its poverty), the 75-mile stretch between Puerto Escondido and the failed Cancun-wannabe Huatalco features gorgeous, unspoiled beaches the color of champagne and just as apt to make you feel giddy. The Sierra Madre del Sur mountains, percolating with resurgent coffee plantations, practically tumble down to the Pacific, forming a glorious backdrop.

Boho-chic Puerto Escondido is a mellow, overgrown surf town full of expats. Less than a two-hour drive southeast is Huatulco, a sprawling, partially developed resort without the hordes.

Midway between the two lie the isolated villages of Puerto Angel, Zipolite, Mazunte, and San Agustinillo. Camionetas (pickup trucks that carry both passengers and cargo) connect Mazunte with its neighbors. Fishing boats also offer impromptu tours of the region, celebrated for its rich biodiversity. Depending on the season, you can see whales, dolphins, and manta rays in the Escobilla nature reserve, even crocodiles at Playa Ventanilla.

But the real story is Mazunte’s endangered olive ridley turtles. Mexico is home to six of the world’s seven sea-turtle species, four of which descend in the millions between May and October to lay their eggs in nearby Escobilla Bay. Mazunte once relied on turtle hunting (outlawed in 1990), for its livelihood. Even today, illegal poaching (targeting the meat, skin, and eggs, which are believed to possess aphrodisiacal powers) drastically reduces the survival rate. But Mazunte reinvented itself as an eco-sensitive destination. The former slaughterhouse contains the Centro Mexicano de la Tortuga, an aquarium, museum, and research center.

Where to Stay: Steep cliffs and hilly terrain have discouraged massive development. Befitting its eco-tourist appeal, several retreats get back to nature and basics, lacking TVs, phones, WiFi, sometimes even signage. La Posada del Arquitecto is carved into the rocks above Playa Rinconcito. Its maze of 16 colorful units are partly open to facilitate interaction with nature and feature hanging beds, a shower built into a tree trunk, and thick window shutters. Private units from around $40 in high season.

Where to Eat: The tiny Posada La Termita lazes on the San Agustinillo waterfront; its restaurant sits under a palapa. Owned by an Italian-Argentine couple, empanadas and pizzas baked in a wood-burning oven unsurprisingly rule here. Or try Zipolite’s La Providencia, specializing in cocina clasica y nueva (classic yet innovative); think coconut shrimp in mango sauce. Be sure to explore the joint’s plant-filled thatched patio and art gallery.