Beaches Kaila Yu Do You Enjoy Visiting Hawaii? You Should Pay a Fee
Home  >  News   >   Undiscovered Italy: Four Destinations You Haven’t Heard Of

So, you’ve been to Italy before. You’ve soaked in the Trevi Fountain, plied the Venice canals, and ogled the Ufizzi’s art. Now it’s time to get off the beaten path. Here are a handful of utterly Italian destinations you probably skipped over in the past — or haven’t even heard of — that boast as delectable cuisine, gorgeous scenery, and rich history and culture as their famous neighbors. What’s more, from secluded beaches to family-run trattorias and soulful hotels, the subtle charms of these locales have yet to be discovered by the masses, making their prices hard to beat. 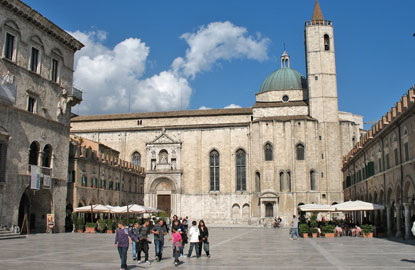 Founded centuries before Rome, capital province Ascoli Piceno, whose gleaming travertine marble piazza is oft considered one of Italy’s most beautiful, is a prime agritourismo spot, but barely a blip on most international tourists’ maps. In honor of the sweet Sibillini hills, which helped Ascoli secure its status as the country’s best truffle hunting grounds, book Cooking Vacations’ 4-day Truffle Hunt Cooking Class. It is available throughout the year (hunting season is October-early November), and you’ll spend mornings rooting out the gourmand’s gold nuggets on the grounds of a private estate with a skilled hunter and his well-trained dogs. From $695 per person.

Tack on a local-led day tour of Ascoli’s wine zone (40 euro), hosted by Le Marche Holiday, to learn all about (and taste) the cherished fruit of its vines, Rosso Piceno (wine of the Piceno people). Stick around in August for a real-deal Renaissance festival, wherein some 2,000 locals march through the piazza in full period costume.

Where to Stay: Just outside Ascoli Piceno in Montelparo, the Hotel Leone welcomed its first guests this month, with art deco bar and just 8 rooms. Stay May 24-June 8 to shave 10% off room rates and snag a free bottle of Prosecco. Or, celebrate Cantine Aperte (Wine Day) on May 27 at Shanti House Dal Mago, featuring a handful of winery tours weekly through the end of June. From 34 euro per person.

Where to Eat: Try the house-cut ravioli, pecorino with local honey, and mulled wine at elegant Rua dei Notari in central Ascoli. To cap off the night, grab an after-dinner anissette at 100-plus-year-old, piazza-side Caffe Meletti. 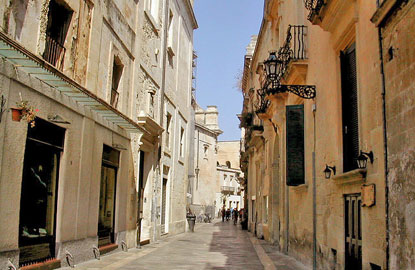 Forming the heel of Italy’s “boot,” Puglia is a fertile, less-trodden slice of the Mezzogiorno (literally “midday”) produces more than 80% of Europe’s pasta, more wine than all of Germany, and more olio olivo than all of Italy combined. While gnarled olive trees and rolling Mediterranean countryside mark the interior as indisputably Italian, its rugged coastline’s rocky limestone cliffs and whitewashed facades can be mistaken for neighboring Greece. Admire the turquoise waters of the Adriatic in the sleepy, atmospheric fishing towns of Trani and Polinano a Mare, and don’t miss the unique trulli (cone-shaped houses) dotting Alberobello – they’re a UNESCO site. Take an evening passeggiata in seaside Lecce, a cosmopolitan center (on the tip of the heel) whose Baroque churches earn it the sobriquet of “Florence of the South.”

Sign up now for Puglia-only Almost Off the Beaten Path‘s new 7-night, all-inclusive “Treasures of Puglia” tour (May 23-30) to hit all the aforementioned spots and more. From $3,429 per person.

Where to Eat & Drink: Lecce’s Trattoria Cucina Casereccia is a veritable hidden gem (there’s no sign and the door’s kept locked) with just a dozen tables, where chef and owner Anna Carmela Peronne whips up a fresh menu of cucina povera (“for the poor”) specialties each night (think veal meatballs, fava bean purée, and spicy filet of horse). Call 39 083 224 5178 ahead of time to let Anna know you’re coming. 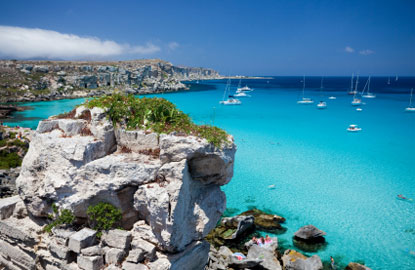 Beloved by sun-worshipping Italians yet largely undiscovered by foreign tourists, car-less, butterfly-shaped Favignana is a serenely undeveloped aquatic paradise. Just a quick boat ride (40 minutes or so) off the coast of Sicily in the Aegadian (or Egadi) Islands – a mini archipelago-cum-marine reserve – the archeologically rich island’s seven square miles is pocketed with ancient limestone quarries and stunning seafront coves, including mythical Cala Rossa (arguably the most beautiful not just in Sicily, but the whole ocean), with its crystal clear, bluer-than-blue bay and huge, mushroom-shaped tufa formations. Until recently a bastion of tuna fishing, tour Favignana’s Tonnara (tuna fishery) and watch locals continue to carry out the traditional Mattanza (tuna harvest) ritual every year during late May-early June.

Cave Bianche is a brightly-colored quarry hotel with stylish, modern rooms, hydro-massage pools, and an open-air, on-site restaurant. Let the attentive staff (who speak perfect English) arrange a guided nature hike, diving, fishing, or boat tour of nearby islands for you – or rent a bike or scooter for bopping along the dusty roads into town. From 75 euro per night.

Where to Eat & Drink: Tuck into Camarillo Brillo’s nightly, all-you-can-eat aperitivo buffet featuring variety of pesto and cheese spreads plus pasta fredda for just 6 euros, including a drink. Afterwards, belly up at Ciuri Ciuri to sample a refreshing granite – an iced Sicilian specialty. 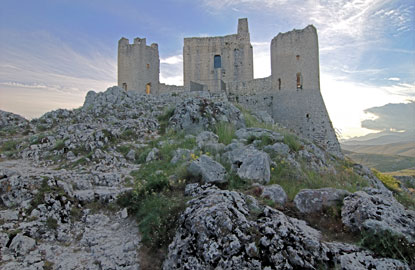 Only an hour’s drive east of Rome, it’s surprising that the hordes have failed to find magical Abruzzo – where diverse landscapes encompass ancient beech forests, vast meadows, medieval mountain borghi (villages), and some of Europe’s best beaches. Try to spot a Marsicano bear, one of the world’s rarest bears, in the National Park of Abruzzo, Lazio, and Molise, or ski Raccoraso’s 76 miles of slopes in the Apennine mountains, the best piste south of the Alps. Panoramically perched high atop the peak of Gran Sasso in Abruzzo’s capital L’Aquila province, quiet Santo Stefano di Sessanio’s age-old stone structures (dating to the 11th century) and cobblestone streets provided the setting for George Clooney’s 2010 film “The American,” solidifying its spot as a regional highlight.

Where to Stay: Santo Stefano di Sessanio’s only hotel, the Sextiano Albergo Diffuso, is a great one. Sure, it features subtle touches of modern luxury like free WiFi, heated stone floors, and Philippe-Starck bathtubs, but it also dishes up a heavy-handed dose of antiquity, with blankets made of local sheep wool, hand-woven linens, and wood-burning open fires. From 100 euro.

Take note, on May 27-June 2, the hotel plays host to the Italy in Other Words memoir workshop, offering expert-led writing sessions, single-room accommodations, activities and nightly, candle-lit dinners. From $2,950 per person.

Where to Eat: Taverna 58 in Pescara is a solid bet for a hearty, traditional Abruzzese dishes like slow-cooked lamb, while Sulmona’s Hosteria dell’Arco may be a little hard to find (and you might be the only foreigners with forks), but once you savor the fresh, homemade menu (think mushroom ravioli), you’ll know it’s worth it.