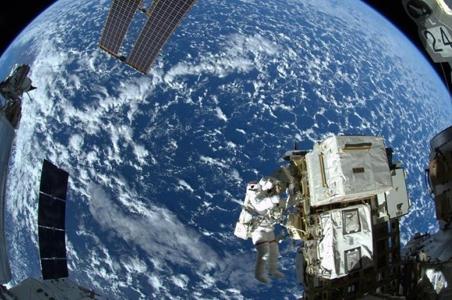 I’m going to miss waking up to American astronaut Reid Wiseman’s amazing aerial photos from outer space. Hope there’s a photo-book deal in the offing now that he’s come back down to Earth. —Arabella Bowen, Editor-in-Chief

As a resident of the city whose new ambassador is Taylor Swift, I am reading TIME's cover story, “The Power of Taylor Swift,” in an effort to figure out how this 24-year-old became the new cultural overlord. —Michael Alan Connelly, Editor, Fodors.com

Getting ready for a trip to London, I’m reading Without the City Wall, a random but enthralling look at the origins of the city’s street names. In the early 1950s, armed with contemporary and historical maps and a library of first-person histories, Hector Bolitho and Derek Peel set off through the 17 Metropolitan boroughs north of the Thames, investigating whichever street names sounded interesting. Their peripatetic approach hops centuries and classes, relates irresistible urban legend along with facts, and has me itching to be there. —Linda Schmidt, Managing Editor

I’ve been mentally preparing myself for winter by reading Anna Karenina. It makes me want to jaunt around imperial Moscow on a horse-drawn sled wearing a ridiculous amount of furs and eating bon-bons. High-society Russians knew how to deal with a polar vortex! It’s also funnier than I was expecting, though something tells me she won’t meet a good end… —Róisín Cameron, Associate Editor, Countryside and Adventure

With a view towards starting a blog about my uniquely feisty yet elegant merle Great Dane, Piper, I’m voraciously consuming Plumdog, Emma Chichester Clark’s online ramblings and illustrations about her whoosell (whippet-Jack Russell-poodle mix), Plum. Clark just came out with a delightful book, also Plumdog, which collects her blog’s best pages in bound form. I’m now trying to figure out how to arrange an “across the pond” doggie play date for Plum and Piper! —Kristan Schiller, Editor, Cities and Cultural Destinations