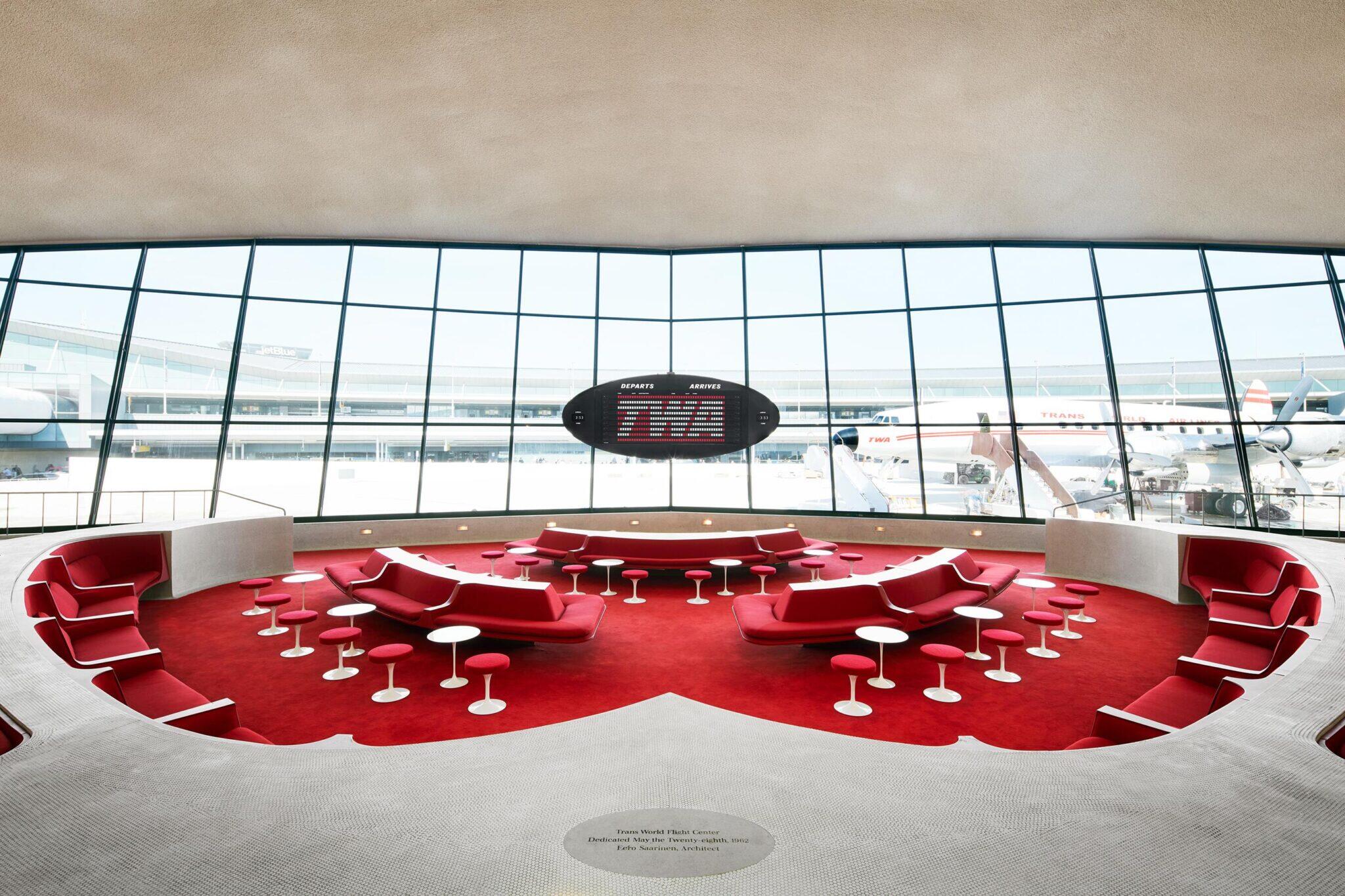 Hotels & Lodging Sarah Siyufy This Is the Only U.S. Airport Terminal Where You'll Actually Want to Hang Out
PHOTO: leoks/Shutterstock

A history of sex, booze, and jazz gave Valletta’s Strait Street its notorious identity—the one that inspired books, a TV show, and even a microbrewery.

While the revelry may have quieted down, its reputation lives on. Valletta, the capital of Malta, has plenty to offer visitors in art, history, and high-brow entertainment. This UNESCO World Heritage Site and 2018 European Capital of Culture boasts theater performances, Baroque architecture, and relics from its military past. The fortified city is also home to Strait Street, famed for its bars and the sailors who frequented them in the 19th to mid-20th centuries when Malta was under British rule.

Valletta parents would warn their children to not walk by Strait Street, but couldn’t complain about the money it brought into the city.

Known as Strada Stretta to the locals and “the Gut” to the British servicemen, the narrowest street in Valletta became a melting pot of culture thanks to the foreign artists and seafarers who congregated there. Big-spending sailors also attracted enterprising women from both Malta and abroad who came to work as barmaids and prostitutes. The juxtaposition of hedonism with Malta’s Catholic conservatism on this commercial and residential strip added another layer to Strait Street’s character. Valletta parents would warn their children to not walk by Strait Street, but couldn’t complain about the money it brought into the city.

Following its decline from the 1970s onward, Strait Street was reborn in the 2000s as a more conventional neighborhood—one with stylish bars, family-friendly restaurants, and vacation homes. But recent nostalgia for a bygone area has thrust the Gut back in the spotlight.

Hotels & Lodging Sarah Siyufy This Is the Only U.S. Airport Terminal Where You'll Actually Want to Hang Out
Continue Reading Article After Our Video

Strait Street, in 1957, became the setting of 2015 Maltese television drama Strada Stretta. The Gut’s boozy nature also inspired the name of Stretta Craft Beer, brewed by John Borg Barthet, whose grandparents lived on the street. Historian and former journalist George Cini, who resided in Valletta until he was 18, was so enthralled by Strait Street that he published two books documenting the lives of people who lived there during and after World War II: Strada Stretta: The Gut which for Many Years Lit Up Valletta and Strada Stretta: Secrets and Stories from Behind Closed Doors. Cini spoke to the variety of people who hustled and indulged on Strait Street under British Malta, including sailors, entertainers, and bar workers. Their willingness to share intimate confessions surprised him. “There was a time when nobody wanted to be linked to Strait Street,” Cini said.

From Poverty to Prosperity

Priests would lead a special mass for bartenders and prostitutes, and the bars would close to observe Good Friday.

Despite its seedy reputation, Strait Street’s financial boom provided security for families who struggled to make ends meet elsewhere. After the United Kingdom colonized Malta in 1813, Valletta and its Grand Harbor became a popular stopping point for the British Royal Navy en route to or from northern Africa and India. Valletta’s dockyard also served as a supply base during World War I and World War II.

And where the Navy went, money went. Sailors freed from the confines of the ship were looking for a good time and had a lot of money to spend.  They created an economic ripple effect: New bars and new entertainment that, while on the surface seemed at odds with a devoutly Catholic society, cooperated with the Church. Priests would lead a special mass for bartenders and prostitutes, and the bars would close to observe Good Friday.

One of Strait Street’s most defining characteristics was its position as an entertainment hive—cabaret dancers, comedians, singers, jazz musicians, and drag queens arrived in Valletta to seek their fortune. Before World War II, many artists and performers hailed from Eastern Europe, Great Britain, or Malta. Bands could make a comfortable living just on tips alone, playing waltzes, ballroom, and requested songs. 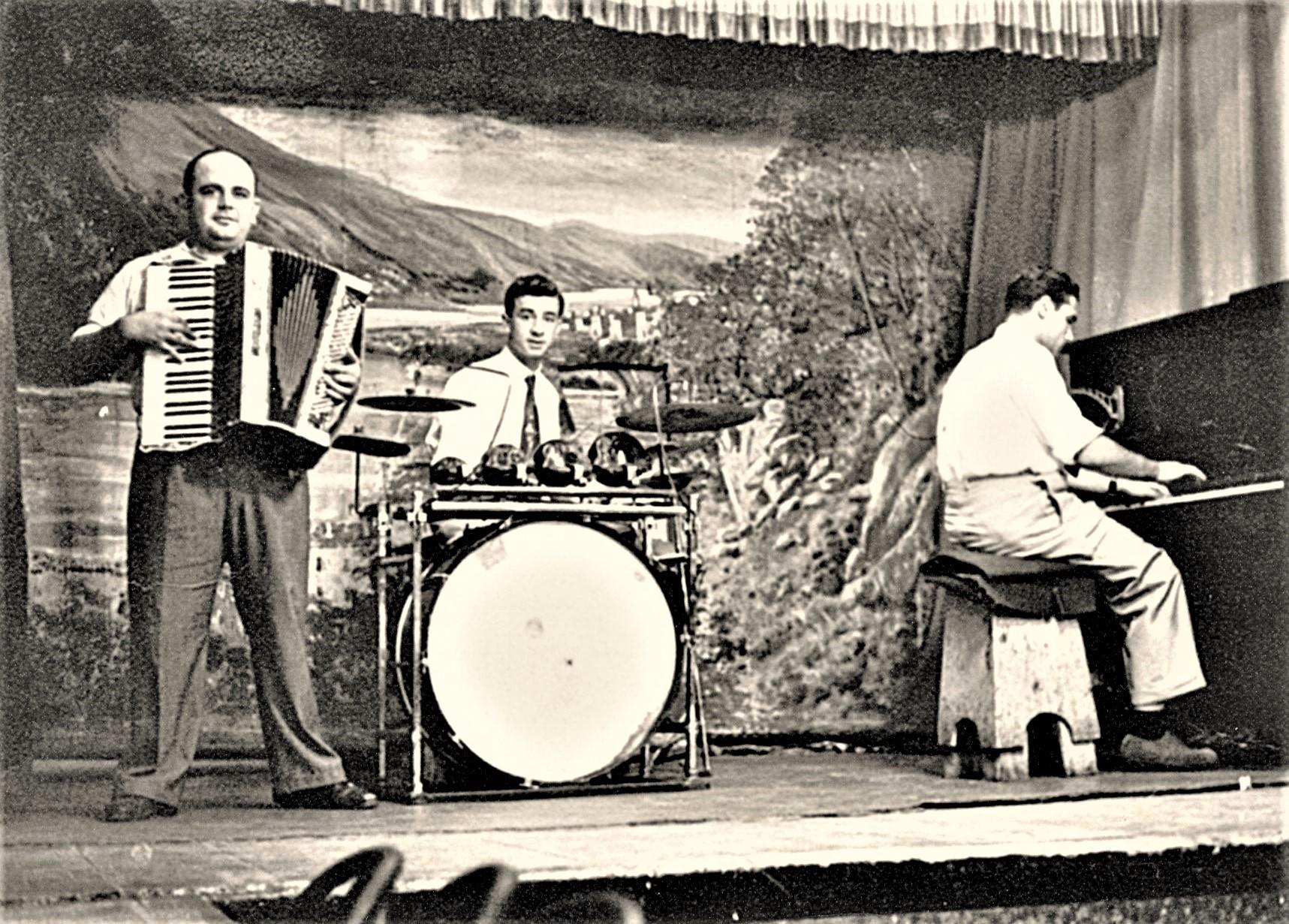 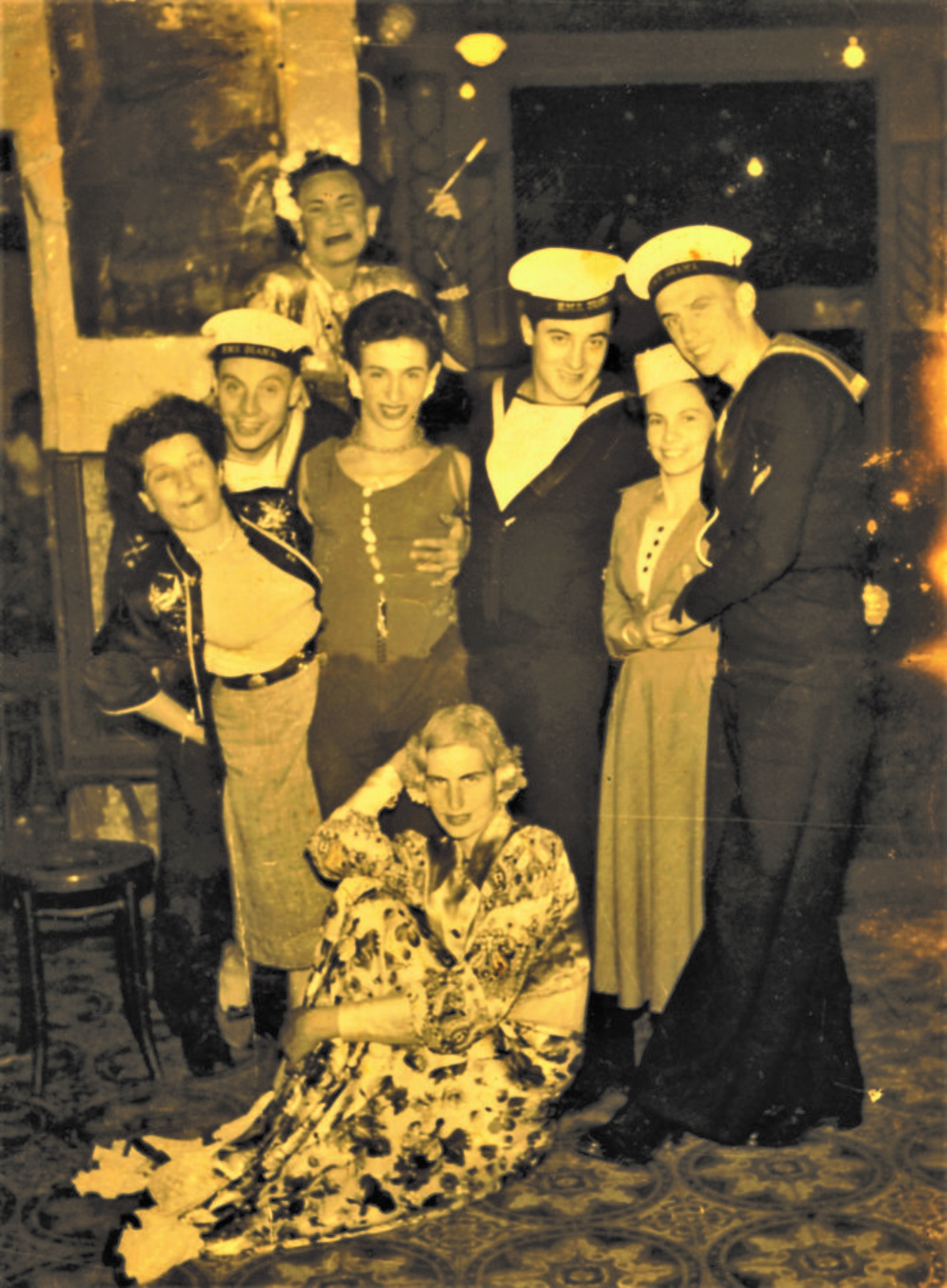 Courtesy of George Cini, author of Strait Street: Secrets and Stories from Behind Closed Doors

For the locals who left the Maltese countryside and headed to Strait Street, they could go from making a few shillings a day to hundreds of shillings a day as a barmaid. Naturally, Strait Street also became a hive for romance between Maltese women and foreign men, who fathered an unrecorded number of children.

“I just loved the Americans,” one barmaid, Nina, told Cini. “I went mad over them. They bought me clothes. I wore dresses each costing £70 and £80.” Barmaids like Nina would earn money either through a regular wage or commission per drink, then spend lavish amounts of money on anything from gold jewelry to betting games. “There were times we promised sailors a good time, and then gave them a false address,” Nina recounted.

Not everyone stayed on Strait Street as long as Nina did, however. Young village women who were very poor wanted to get a dowry, so they worked as a bar girl for a couple years, made some money, then went home and got married.

Trouble in the Red-Light District

It wasn’t all fun and games, either. Women would desert British soldiers for Americans, who tended to tip the highest, and this would cause fights to break out. As prostitution boomed from turn of the 20th century, health concerns came to the government’s attention. The increase in sex work, which was legally confined to the nearby St. Anne and Fountain Streets, had the potential to put prostitutes and their customers at risk for sexually-transmitted diseases, so the government put an ordinance in place in 1920: Each prostitute required a medical examination four times a month.

No murders were ever reported on Strait Street, but two Maltese prostitutes were found murdered next door to the Gut: Marie Grech in 1970 and Irene Johnson in 1972. Both suffered from multiple stab wounds. A court found an American sailor, deemed mentally unstable, the culprit for Marie’s murder, which caused massive fights to erupt between the Maltese and the American soldiers. Police never solved Irene’s murder case.

With an economy that depended on the spending power of foreign sailors, business began to wane after Malta became independent from Great Britain in 1964. By the late 1960s, British military activity winded down. After the Vietnam War, Malta ceased to be a destination for the America fleet. The NATO presence left. When the British closed the military base in 1979, the Gut seemed shuttered for good.

Following a drought in the 1980s to 90s, Strait Street saw a revival in the early 2000s as the tourism industry, retail businesses, restaurants, and the government began pumping money into Valletta. The nostalgia in recent years, thanks in part to the Strada Stretta TV show, also sparked a renewed interest in this part of Malta’s history.

Today on Strait Street, the reopened and restored Tico Tico is the only bar from this time period that people can still visit. Restaurants and watering holes still line the almost half-mile stretch where you can find a street musician busking to “Sweet Caroline.” Gone are the swingin’ jazz bands and singing drag queens. Gone are the drunken brawls and sex business that made it the place nonna told you to avoid. In a shallow comparison, partygoers today have Paceville, Malta’s noisiest and tackiest nightlife area situated in St. Julian’s, a town heavy with expats and summer transients. But the evolution of Paceville is a beast of a different nature, so it doesn’t really serve as a comparable stand-in for Strait Street. 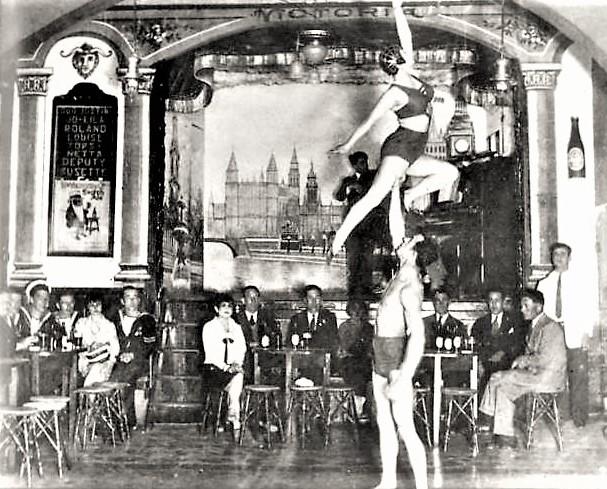 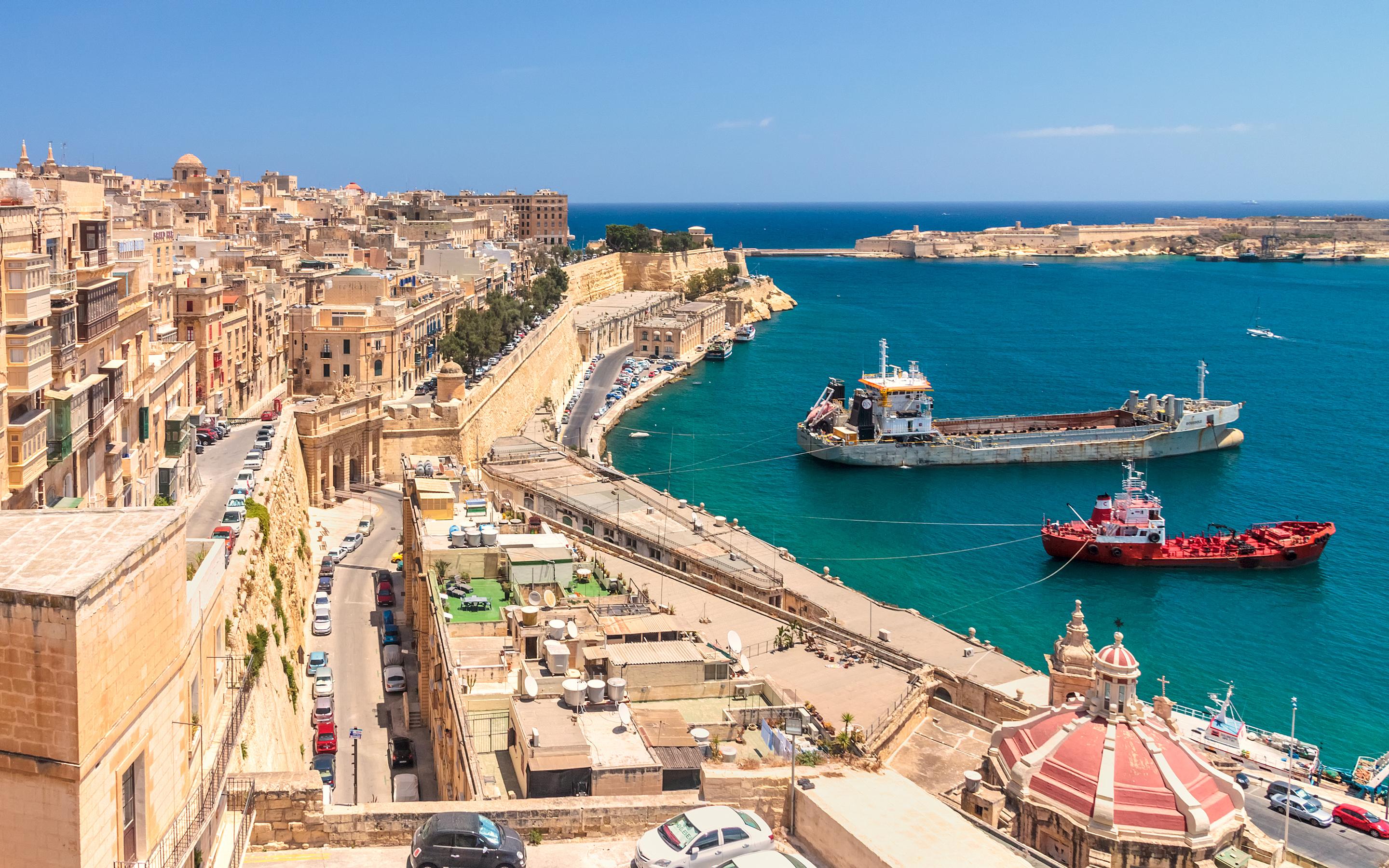 Courtesy of George Cini, author of Strait Street: Secrets and Stories from Behind Closed Doors; Viliam.M/Shutterstock

At the moment, Strait Street gleams as a “civilized” place where anyone can casually meet up. Initiatives like the Valletta Rehabilitation Project are working to regenerate the culture of music and arts that gave Strait Street its vibrancy. The Strada Stretta Concept, led by Valletta-born arts academic Giuseppe Schembri Bonaci, is also bringing in local and international guests for a year-long program of cultural events that include street theater, art exhibitions, and concerts. And while some people would prefer to bury the “shameful” past of the Gut, it’s part of life that can’t be ignored.