News Apeksha Bhateja What Are the Chances You'll Get Monkeypox at a Hotel?
NewsUltimate Europe Road Trip: France, Italy, Switzerland

The sun-splashed coasts of the French Riviera attract tourists like flies to honey. The Cote d’Azur’s picturesque seaside and azure waters draw yacht-owners and yacht-watchers by the thousands, not to mention Hollywood A-listers for the Cannes Film Festival and race aficionados for the Monaco Grand Prix. But if your credit card limit doesn’t merit your own personal concierge, then you might tire of wandering beaches, foothills, and avenues. Perhaps instead of trying your luck at the Casino de Monte-Carlo, you should consider the little-appreciated fact that Europe’s social hub is a superb jumping-off point for a road trip to and around France, Switzerland, and Italy.

A circular route will take you up through the French Rhone-Alpes region, through dozens of mountain passes, past the high Alpine lakes of Switzerland, and south again through Italy’s Lake Como and Ligurian Alps district. Some of Europe’s best driving roads and most stunning panoramas fall along this route. While you can start anywhere, the French Riviera is the most easily accessible and offers the cheapest rental cars. (Rental companies are ubiquitous—Auto Europe and Kemwel are sister consolidator companies with the cheapest prices.) 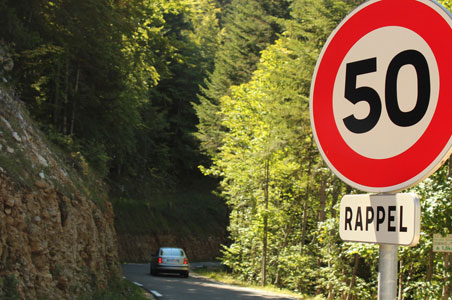 The beauty of this road trip is that there are so many options available. You can hop on a highway to save some time or take a detour to another mountain village. However, out of the French Riviera, it’s simplest to hop on the main motorway, the M6202, heading north to get out of the urban areas. You’re aiming at Embrun, a medieval French town next to Ecrins National Park. However, on the way you will pass through another national park—Mercantour—where you will drive over a host of impressive cols, or mountain passes, that frequently feature in the Tour de France. From Embrun, you can explore Ecrins, where you can paraglide and hike around the mountains and windsurf on Serre-Poncon Lake. The best place to stay in Embrun is the renowned Le Pigeonnier. 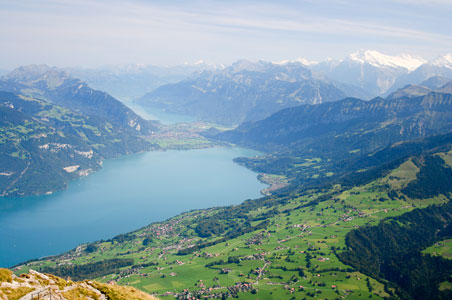 From Embrun, make your way north to Samoens, a picturesque village deep in ski country on the Swiss border. It’s just as attractive in the summer. If you prefer, you can cross into Switzerland then and there and spend some time in the more bustling city of Geneva, where you can relax from your long drive at Boreal Coffee, sipping on what might be the best espresso in the country.

Depending on your penchant for putting your life on the line for fun, you can next head to either Interlaken, an adventure sports mecca, or Lucerne, a beautiful and historic central Swiss city. In Interlaken, all variety of adrenaline-pumping activities are on offer, but the most spectacular is skydiving. Plummeting toward the snowy Alps and green meadows is best done with Skydive Interlaken or Skydive Switzerland. They also provide aerial tours of the area. Meanwhile, those taking it easier in Lucerne can see the famously floral Chapel Bridge, the oldest wooden bridge in Europe, before eating at another historic Lucerne landmark, Restaurant Old Swiss House. The food here is generally excellent, but the highlight is the schnitzel, which they prepare in front of you at your table. 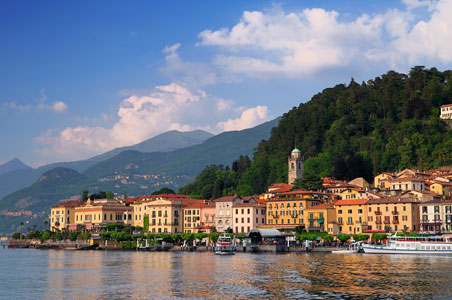 The most appealing driving of the circuit comes when you leave central Switzerland and head south toward Lake Como. After long sweeping highways through the mountains, you will eventually hang a right at a sign pointing toward the Stelvio Pass. The Top Gear team originally named the cardiogram-like switchbacks of the Pass the best driving in the world. At the summit, the view back on the road is as impressive as the surrounding mountains.

After a steep descent down the other side of the mountain, you’ll have crossed the border into Italy and will be in the Lake Como district. Lake Como is famous for its multimillion-dollar lakeside villas, stunning scenery, and windswept watery playground that attracts kite and windsurfers. But if you’re fresh off a skydive in Interlaken, you might do well to relax and just enjoy some fine Italian cuisine. Start with freshly caught fish prepared in the family-run Ittiturismo da Abate restaurant, followed by a wine tasting with the knowledgeable owners of Cantina Follie. For dessert, a taste of the finest gelato in area at the La Carapina Gelateria in the lakeside town of Gravedona will cap off an indulgent day.

The next stop, Turin, is a much larger city, the center of Italy’s automotive industry and host of the 2006 Olympics, but it remains a relatively undiscovered Italian destination. There is much to do here, like visiting the famous Shroud of Turin (you might have to get lucky—it is only displayed by papal decree). But if it fits in your schedule, you’d be remiss not to attend another Torino religious institution—a Juventus F.C. soccer game. The club boasts some of the most passionate fans in Italy, which puts them in the running for most passionate worldwide.

On your way back to the French Riviera, you will pass over the Col de Tende, one of the most legendary cycling roads in Europe. The serpentine switchbacks take you over the border into the French Mediterranean, where if you are feeling lucky after all, you can take a spin on the roulette wheel in the Casino de Monte-Carlo on your way back to Nice.