News Apeksha Bhateja What Are the Chances You'll Get Monkeypox at a Hotel?
NewsUltimate Beatles Itinerary in London & Liverpool

It’s been about 18,000 hard day’s nights since The Beatles first caused mass hysteria on the Ed Sullivan Show and forever changed rock ‘n’ roll history. With their hometown, Liverpool, basking in its designation as a European Capital of Culture and London still glowing from Olympics-Jubilee-Royal-Baby-Bump pride, there’s no better time to hop the pond and celebrate 50 years of the Fab Four.

We did a whirlwind tour and have narrowed down our favorite, chart-topping destinations for Beatlemaniacs. Check VisitEngland.com and VisitLiverpool.com for more trip-planning resources. Begin with an up-close look at the humble beginnings of of John, Paul, George, and Ringo on the Magical Mystery Tour. The two-hour bus trip offers fascinating early Beatles’ facts and stories behind their first hits, along with photo-ops at Penny Lane, Strawberry Fields, and the boys’ modest childhood homes, as well as admission to the Cavern Club, where the Beatles frequently rocked out. (Try to make the live show Saturday evenings, when an adorable Beatles’ tribute band pulls on mop-tops and thrills the packed joint.)

Next, visit the can’t-miss Casbah Coffee Club. Few realize the Beatles got their start in the basement of drummer Pete Best’s house, which his eccentric mother had converted into a tiny music club. Explore the improbably cramped space with a personal—and hilarious—tour from Pete’s cheeky brothers. In order to get their first gig, the Beatles (née The Quarrymen) had to paint the ceilings of the place; their hand-painted stars on the low ceiling are now valued at more than 1 million pounds by Sotheby’s. See if you can spot John’s mischievous pocketknife carvings above the stage. 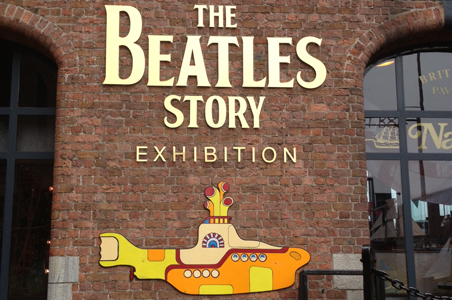 Finally, fix any holes in your Beatles’ education with a romp around The Beatles Story attraction on Albert Dock, Liverpool’s revitalized and captivating wharf district. Nearby, you can explore the new Museum of Liverpool, which displays the stage where John and Paul first met and the bedspread from John and Yoko’s titillating “Bed-In”. And no visit to Liverpool would be complete without a ticket to ride the ferry ‘cross the Mersey—yep, the Mersey Ferry exists and offers an audio introduction to the city’s rich port history.

Where to Stay: The ideal home base for any Beatles’ pilgrimage is the Hard Days Night Hotel, just a few steps from the Cavern Club. The hotel offers an elaborate Beatles’ photo gallery, along with live music, and both Lennon- and McCartney-themed suites. Another option is the boutique and elegant Hope Street Hotel.

Where to Eat: Go in for high tea at the Panoramic 34, and enjoy the fantastic views from high above the city. Grab a bowl of traditional scouse lamb stew for lunch inside the Liverpool Cathedral (England’s largest cathedral—don’t miss the climb the bell tower!). And find room for a classic fish ‘n’ chips dinner at The Monro, a quaint gastro pub. 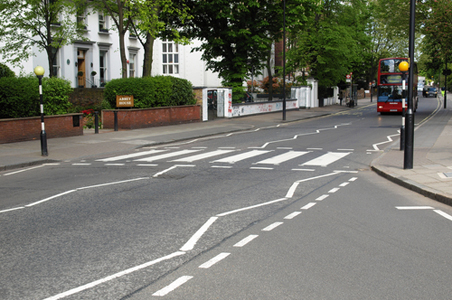 Continue your Beatles’ journey in Londontown, with a Ticket to Ride Beatles tour from London Rock Tours. The encyclopedic guides will bring you by the art gallery where John first saw Yoko’s art work, the flat where the foursome briefly lived together, the EMI offices where they shot their “Please Please Me” album cover, that famous Abbey Road crosswalk, Paul’s current home (where a trespasser inspired the song “She Came In Through the Bathroom Window”), and the rooftop where the Beatles played their final concert together.

Then wander over to Ronnie Scott’s, one of the oldest and most influential jazz clubs in the world, for a live show. The club has a storied place in music history—the Beatles, of course, dropped by in 1963—and Scott himself played the saxophone solo on their song “Lady Madonna.” 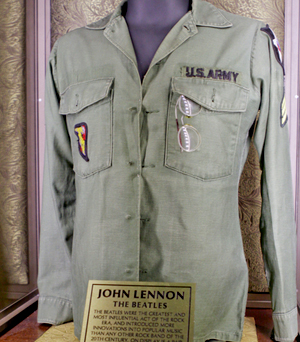 Next, spend a day in the life of rock stars, with a tour of “The Vault” at the original Hard Rock Café, which owns the biggest Beatles’ memorabilia collection in the world and displays John Lennon’s scribbles on lyrics sheets (beside Elvis’ coat and Madonna’s old credit card). And beef up on your musical history at the high-tech, interactive British Music Experience. Finish with an encore of tea and jazz piano at the newly opened The Wellesley luxury boutique hotel.

Where to Stay: The Corinthia Hotel London offers five-star grandeur (think posh spa, elaborate floral shop, and enormous music-themed penthouse suite) without old-school stuffiness (stop by the jumping Bassoon Bar cocktail lounge). The ultimate in London decadence can be found at The Dorchester, famed for its five-star indulgences and site of a much-photographed Beatles awards ceremony in 1964. With live music every night in its see-and-be-seen promenade and recently updated suites, it’s an escape for true rock royalty. Those busy working eight days a week might consider renting an electric guitar and a “crash pad” for the night (just a giant bed and bathroom, no closets) in the slightly grittier Sanctum Soho Hotel.