Coronavirus Apeksha Bhateja I’m Vaccinated, so Can I Travel? It's Complicated
Home  >  News   >   TSA to Expand PreCheck to 100 Airports in 2013 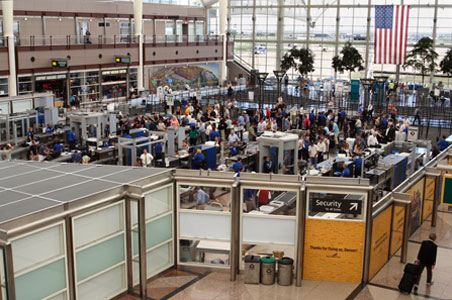 The Transportation Security Administration announced a major expansion of their expedited passenger screening program—TSA PreCheck—to have 100 airports configured with the offering by the end of the year. Currently only 40 airports have the PreCheck lanes. Many of those airports will also see an increase in the number of resources dedicated to the expedited screening service.

Passengers in the PreCheck lanes are able to pass through the screening checkpoint without removing their shoes or items such as laptops or liquids from their carry-on bags, though limits on liquid quantities and other items still apply. The process is significantly faster than the regular screening and is quite similar to the screening process from pre-2001 days. For passengers who are eligible to access the PreCheck screening it is a significant time saver at the airport relative to the regular screening.

PreCheck is also limited in access, however, meaning not all passengers can get in to those lanes. Currently only Alaska Airlines, American Airlines, Delta Air Lines, Hawaiian Airlines, United Airlines, US Airways, and Virgin America are participating in the program; JetBlue and Southwest are expected to join later this year. And just having the airline participating is no guarantee. Access is limited to members of a Trusted Traveler program such as Global Entry or NEXUS or to members holding elite status in the airline loyalty programs. Later this year the TSA will be introducing an option for passengers to enroll in the program directly, albeit for a fee.

And just because a passenger is eligible for PreCheck doesn’t mean that they will get it every time they go to the airport. As the TSA notes in their release, "TSA will always incorporate random and unpredictable security measures throughout the airport. No individual will be guaranteed expedited screening."

The full list of airports which will be PreCheck enabled by the end of the year can be found at the bottom of the press release here.