News Larry Bleiberg You Can Finally Look Inside This Stunning D.C. Landmark. But Only for Another 25 Days
Home  >  News   >   5 Affordable Winter Vacations 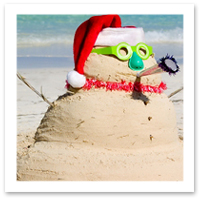 Fodor’s member nanbug recently commiserated with other travelers on the Europe forum about the merits of winter travel. She pointed out that traveling to places which are typically thronged with tourists in the sunnier months of the year can be a unique experience:

“We usually travel in the winter because it’s the only time of year we can get away. We actually prefer it now because of the cheap prices, lack of tourists, and general feeling that we’ve got the place to ourselves.”

Below are just a few value-packed trips that Fodor’s members are currently planning for the next four months. Many of these trips involve flights abroad and careful budgeting—all have value in mind.

Start planning your winter trip with the help of the Forums and our destination guides.

Recently asked in the Forums: “I am planning to visit Rome at the end of November. How is the weather at that time? Is the winter too harsh? How is the street life? Is it still active? I wouldn’t want to end up in a ghost town where streets are deserted and businesses are closed.” — qzseattle

One response: “We’ve been to Rome three times, all during winter months (December, February and March) and it was wonderful every time. The crowds are much less. Yes, there are people around…it’s a large city. But getting into the sites is definitely not a problem. I am from the midwest, where it is very cold in the winter, and I found Rome quite pleasant. In December it actually got quite warm one afternoon and we spent the afternoon carrying our jackets.” — tcreath (View this thread) 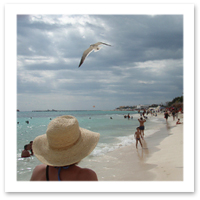 Recently asked in the Forums: “My daughter and I are trying to plan a trip of about 5 days in November to the Caribbean. We want a beautiful beach and beautiful water…and a place to stay that is clean and attractive, but not luxurious.” — travelingtish

One response: “I would recommend Playa del Carmen in Mexico. There are many condos that can be rented for $100 a night as well as a few hotel options at that price. There is plenty to do and see and everything is within walking distance. It’s a great vacation choice on a budget.” — beachbum2 (View this thread)

Recently asked in the Forums: “My wife and I are thinking of a 1-week trip to Belize this winter. If we go the “turf and surf” route, we would stay in the San Ignacio area for the first 3 nights, and do something like the following. What do you think?”– Larz

One response: “Sounds good to me. Tikal is the most important site in the Mayan empire. Caracol was also important and actually larger then Tikal, but not as excavated. They are about the same distance from San Ignacio, but Caracol will be less $ and you drive thru the Mtn Pine Ridge and beautiful rainforest. You might even be able to stop at the Rio Frio caves on the way back.” — Katie_Valk (View this thread)

Deal alert: Airfare Watchdog has spotted airfares as low as $334 roundtrip from New York to Belize City on American Airlines.

View more deals for travel to Central America and Mexico 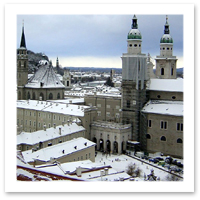 Recently asked in the Forums “I did some fine finagling with my husband, and he agreed to go on a winter trip in Europe…price is important. I have been thinking of Amsterdam, Vienna, Prague, somewhere in Germany…I have been checking airfares and not much has been discounted. Any thoughts, ideas, opinions are appreciated!” — Judyrem

One response: “Depending on when in winter you want to go, the Christmas markets in Munich, Salzburg and Vienna are great fun. They’re easily connected on the train line. We flew into Munich, spent the day there, then took the train to Salzburg. We stayed in a B&B there, which wasn’t expensive, a short bus ride into town. In Vienna we paid around 95€ for a pension, in an excellent location, by the Opera House. Tickets can be very inexpensive to the Operas.” — Images2 (View this thread)

Recently asked in the Forums: “Hi, we are thinking of a two week trip in February, flying into somewhere like Las Vegas or Phoenix (from London) and would like to do a bit of a road trip. The weather is a big factor in this, we don’t mind cold at night but sunshine during the day would be wonderful!” — KayF

One response: “Weatherwise, Tucson would be perfect. Expect springlike temperatures, around 20°C and lots of sunshine. We started with spending a few days in Santa Fe, then stayed two nights in Las Cruces, with a daytrip to White Sands and Alamogordo, and drove from there to Tucson. This would be a perfect itinerary for two weeks.” — traveller1959 (View this thread)

Where to stay: Casa Tierra, La Posada Lodge and Casitas