6 Awe-Inspiring Natural Phenomena Around the World

Leigh Ann Henion is the author of Phenomenal: A Hesitant Adventurer's Search for Wonder in the Natural World. It's a memoir about how—during her first years as a mother—she set out to reawaken her own sense of wonder via the northern lights, a solar eclipse, and other natural phenomena. In her travels, Henion connected with a global subculture of phenomena chasers and heard of many lesser-known marvels. Here, she shares five fantastical phenomena that are still on her list. 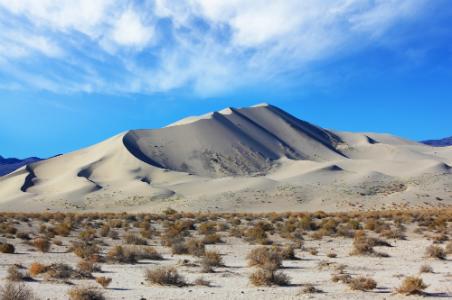 It sounds unreal, too magical to be true, but in various parts of the world, there are singing sand dunes. Depending on their composition, they have unique voices described as “squeaking,” “whistling,” or “booming.” Marco Polo encountered this phenomenon, and Darwin documented it in his travels, but physicists are still trying to figure out what, exactly, creates the music. You can hear the mystery whenever you're willing to venture out.

This waterfall is a spectacle whenever it appears on the east side of El Capitan, fed by snowmelt in Yosemite National Park. But for a fleeting period in February—usually around the third week of the month—that waterfall turns to molten lava. Well, not really, but that's what it looks like from overlooks, where photographers gather to document the phenomenon that's locally referred to as a “firefall.” The precise alignment of sun and earth that allows the sun to catch El Capitan's slender waterfall heralds spring. And the phenomenon itself is a visible reminder of how quickly our home planet is moving. Even on days when conditions are right, the illumination only lasts about two minutes.

Where to See It: Yosemite National Park, California 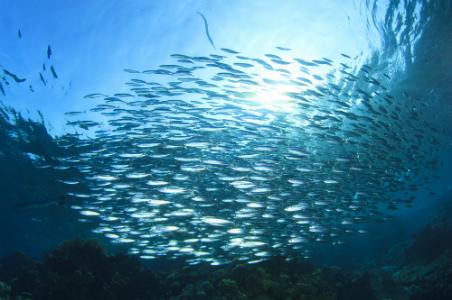 Each year, around June or July, billions—yes, billions—of sardines travel the coast of South Africa in search of warmer waters. These sardine shoals are close to the surface of the ocean and—at up to nine miles in length and two miles wide—they are massive enough to be picked up by satellite. The shoals appear as throbbing veins of silver mercury, and they attract dolphins, sharks, birds, and other predators en mass. Most visitors choose to view the phenomenon from boats or planes, but, occasionally, brave souls dive into the frenzy. After witnessing this phenomenon, when you hear someone say “sardines” you'll no longer envision snacks packaged in a tin.

Where to See It: KwaZulu-Natal, South Africa 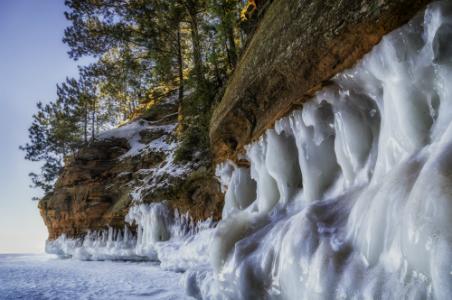 Wisconsin's Apostle Island Sea Caves have been sculpted, in part, by Lake Superior's drastic freezes and thaws. The caves continue to deepen, and it's possible to witness those long-term forces at work. During the coldest days of the year, slow drips become elaborate ice formations that change day-to-day, and red sandstone is coated differently in each chamber—taking on the appearance of opaque milk glass and transparent curtains with rainbow sheen. The National Park Service monitors ice thickness and posts notices about the stability needed for visitors to make the two-mile round trip to see this landscape transformed by temperature.

Where to See It: Apostle Islands National Lakeshore, Wisconsin

In 1882, Jules Verne published a novel based on a fictional search for this real-world phenomenon. In his book The Green Ray, Verne said Scottish folklore proclaimed of the flash: “He who has been fortunate enough…to behold it is enabled to see closely into his own heart.” Green flashes are created when sunlight bends as it passes through the earth's atmosphere, scattering colors. It's similar to the phenomenon of a rainbow, but the green flash only occurs when the sun has just disappeared or is on the verge of rising. Those who've seen the flash describe it as an emerald light that blinks on the horizon with exceptional speed. Enthusiasts aren't sure if Verne actually borrowed from Scottish culture for his novel or if he concocted his own flash-related folklore. But, according to modern-day chasers, if you're able to glimpse this elusive wonder, you should take it to heart that you're among the very lucky.

Where to See It: Oahu, Hawaii 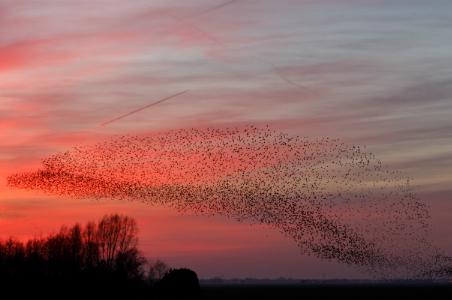 Flocks of starlings are called murmurations, and they appear as magnificent, shape-shifting clouds of hundreds—or, at their most spectacular, millions—of birds moving in unison, in very close proximity. The phenomenon can be seen around the globe in season, with roosts in both rural and urban locations, particularly in Europe. During daylight hours, flocks are small, but at dusk—when the birds gather to roost—populations rise. The mechanics of the starlings' dance continues to puzzle researchers. It's thought that every bird is being given a turn to fly in the middle of the flock, where it's less likely to be snatched by a hawk.  It's also been suggested that the phenomenon might be a ploy to distract predators, mesmerizing them until they're too entranced to attack. So—in addition to finding safety in numbers—it's possible that starlings survive, in part, by creating beauty.

Where to See It: Somerset, United Kingdom

Leigh Ann Henion is a writer based in the mountains of North Carolina. She is the recipient of a Lowell Thomas award, and her stories have been noted in three editions of The Best American Travel Writing. Ruth Ozeki has called Henion's debut book, Phenomenal, “a true gift for everyone who's ever been curious.”