Beaches Kaila Yu Do You Enjoy Visiting Hawaii? You Should Pay a Fee
Home  >  News   >   Travels in India and Beyond with Actress Penelope Wilton

Travels in India and Beyond with Actress Penelope Wilton 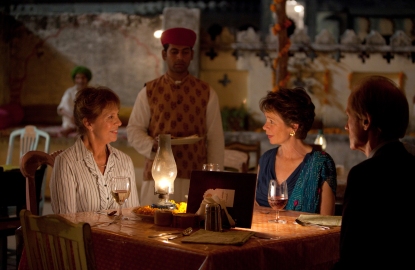 In the past year, American audiences have gotten to know the English actress Penelope Wilton, first as Isobel Crawley in the runaway television hit Downton Abbey, and now on the big screen as Jean Ainslie in The Best Exotic Marigold Hotel. Fodor’s recently caught up with Wilton to talk about her travel passions, which range from the colorful, frenetic streets of India to the bucolic countryside of France’s Auvergne province.

Wilton: It differed completely from my character, because my character in the film didn’t get on with India at all and found it very threatening and difficult. She’s in an unhappy relationship and I think when you travel, you take yourself with you, so—wherever you are—you’re not going to have a nice time. I, on the other hand, loved India. I’ve never been to India before so it was an eye-opener. It’s such a life-changing place to go to, like nothing I’ve ever known. Being European, I found it an assault on all my senses—the colors, the throng of people, the smells, the beauty of the actual countryside, the diversity of the population . . . all of that was just incredible.

Fodor’s: Would you say that you returned from the trip changed in any way?

Wilton: I certainly did. For a start, I knew a great deal more than I did before I went, and I had a number of pictures in my mind which have stayed with me. There was a recognition that we, in these wealthier countries, have a lot to be thankful for. Also, I thought it very interesting how the Indian people have such joie de vivre; I’m not talking about poor people who are starving in the street, of course, but they’re saying yes to life, whatever their background. They seem to have festivals and celebrations all the time, and I found all of that very fascinating.

Fodor’s: Jean is the one character who, instead of embracing the culture shock of India, turns inward and returns home. Were you able to relate to that from any trying travel experiences that you’ve had?

Wilton: Well, no. There have been places that I haven’t really enjoyed but, on the whole, I’ve never had to stay anywhere, or had the proposition of staying anywhere, for too long. I did do a film in Zimbabwe in the 80’s, and because I had family here and a little girl it was difficult to be away for three months. It’s a long time to be parted. But the country itself was very fascinating, but in those days, apartheid was still in full swing and we were making a film about South Africa and we had to have sort of guards with us all the time. I found that pretty onerous after a bit. There were only so many places we were allowed to go. But I’ve never really thought "Oh God, I’ve got to get home." I’ve never stayed anywhere long enough that has really driven me mad. 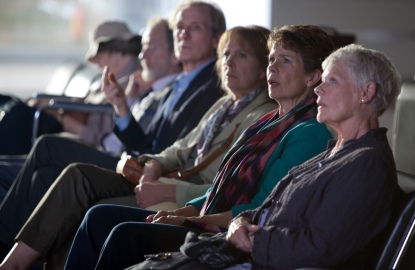 Fodor’s: In your own journeys, where is the most exotic place that you’ve traveled and how did you cope with the cultural differences?

Wilton: Well I think India is the most exotic place I’ve traveled to, and it’s probably the farthest. I’ve never been to the Middle East or Australia. Of course I’ve been to America, to Los Angeles and Canada, and places, but I’ve never been as far east and experienced such a completely different culture as India. So that has been the most exotic and I must say it is extraordinary. From the moment you go out in the street, you’re taken by everything. The people—I’ll never forget how many people there were. I walked down Regent Street in London when I came back, which has always seemed to me to be very busy, and it seemed empty compared to India. We were in India in the wedding season, which is in November, and everyone seemed to be getting married then. There were wonderful weddings going on all around us, with elephants taking the bride, and horses dressed up, and the bride and groom dressed in the most wonderful garments with yellows and greens and blues, and incense flying, and flowers—it was all extraordinary.

Fodor’s: Are there any memorable moments of cultural learning that come to you as particularly significant?

Wilton: There were two things. I would never drive in India—I’ve never known such hair-raising driving in my life. And dual carriage ways, which are sort of their main roads, where all the big, heavy trucks go, and the odd car just sort of wanders across and everything screeches to a halt. Of course it’s pretty hair-raising being a passenger, too! But they understand each other when you’re being driven because they’re used to it, so they have natural rhythms that they understand.

The other thing is, I was extremely lucky to have a nice assistant who took me to his home and his family and that was very nice. Also we saw the most extraordinary places like the Summer Palace in Udaipur. To see the sunset from the top of the palace in Udaipur is one of the great sights of the mountain ranges. In fact, all of us were there one evening watching the sun go down and as the sun actually disappeared, we could hear the sun go ahhh, you could imagine it would just fizzle out and you just hoped it would come up the next day—of course it did come up the next day.

Fodor’s: Mother’s Day is coming up in the States; are there any particularly memorable trips that you’ve taken with your daughter that you would recommend to other mother/daughter duos?

Wilton: She came to India with me and stayed for a week, which was a wonderful thing, and we went to the Taj Mahal together, and we went to the extraordinary places in India like the Red Fort in Jaipur, so that was a wonderful memory we have together. Other than that, we have trips all the time together, really. We’re very close and she’s having a baby on June 3rd—so I’m going to be a grandmother for the first time; I’m very much looking forward to it!

Fodor’s: What is the best place you ever traveled and why?

Wilton: I love France. I’ve had a relationship, or love affair, with France all my life, really, since my mother sent me there as a young girl. I love going to France, I love traveling in France, driving in France, visiting towns. I think France is the place where I’ve had the most memorably happy holidays. I like the French culture, I love their food, and I love their coastline. And the south of France is a wonderful place to go—you can’t ever get bored of it. There’s the Auvergne and Rhone, Dijon, and Burgundy, the wine district, which is wonderful. And then you can go into the Auvergne and walk. I love walking, and there’s a lot of wonderful walking that can be done in the Auvergne. And one of the most beautiful places is Brittany—not on the English Channel, but the side near Nantes—it’s wonderful for walking the coast and also for swimming.

Tell us about your most transformative trip for a chance to win a Best Exotic Marigold Hotel prize pack.