Travel Trend: Seeing a City from the Roof

Do you have what it takes to be a roofer? No, this isn’t a Craigslist ad for someone who constructs roofs. We’re talking about the people who explore cities from rooftops, even examining the roofs themselves, the graffiti, the scuff marks, the expressions of love. Go ahead, get to know a new city, or even an old favorite, in a whole new way by taking part in one of these three rooftop tours. 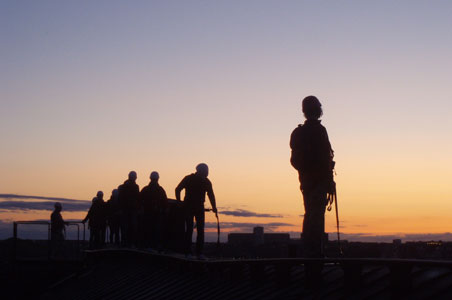 Learn all about Stockholm as part of a guided rooftop tour with Upplev Mer where you’ll walk along catwalks and navigate passages that require kneeling and climbing ladders. Scamper across the former parliament building while wearing hard hats, harnesses, and cables for safety as the tour’s rooftop route reaches more than 140 feet above the pavement in some spots.

The 75-minute tour is $83 per person. Depending on the season, tours can start as early as 10 am. Getting a 360-degree view of central Stockholm is no doubt a memorable way to start the day.

Insider Tip: Try a dusk tour for gorgeous sunset views of the buildings from up high. Book at least two weeks in advance during peak season in July and August to secure your spot on this popular tour. 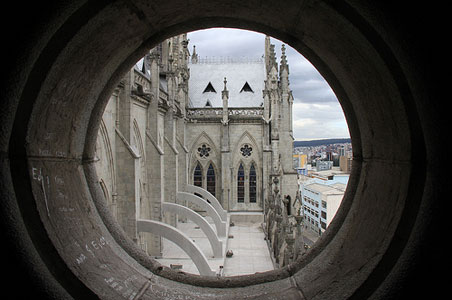 Julio Rivas Garcia of Quito City Tour & Travel specializes in taking travelers on walking tours of historic Quito, including tours that take you across rooftops of public buildings and even private homes. Tours start at $75 for three hours and include a meal, a water bottle, and admission to select attractions.

A Quiteno from a distinguished family, Garcia has permission to climb inside and outside of leading buildings, even church domes that make Quito such an exquisite colonial city in South America. You’ll see beautiful panoramic views of just about everything you read about in guidebooks, including Old Town and Iglesia de San Francisco.

Insider Tip: Garcia offers tailor-made tours for travelers, so read up on Quito attractions before you go to make the most of your customized program. 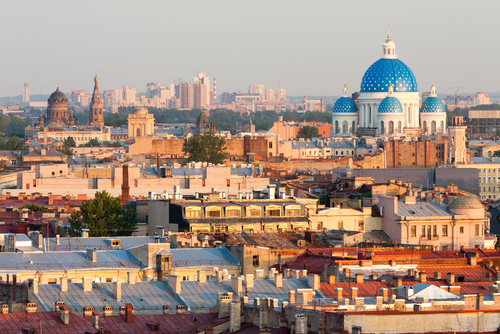 Meet away from where most tourists go, like at a non-descript metro station, and you’ll catch up with a Sptnik guide who will take you to the tops of buildings for breathtaking views and a different perspective on St. Petersburg. There’s no question, it can be a bit risky, but the routes are safe if you follow the rules.

Every tour is led by a different guide with their own stories and experiences to share. For $20, you’ll tip-toe across two to three buildings, listen to tales from your guide, and get a far deeper experience than you might get from an everyday tour or guidebook.

Can you fall off the roof? Sure, but according to Sptnik.com, which books and hosts off-the-beaten-path tours around St. Petersburg, the chances are about the same as being hit by a car while crossing the street. Stay alert and wear casual shoes (read: no heels). No special equipment is necessary.

Insider Tip: Be prepared to encounter older residents with a disdain for roofers, as well as closed roofs with massive padlocks. There’s always another roof though.