Coronavirus Esme Fox Spain Is Open to Vaccinated Tourists. So, What Can You Expect This Summer?
Home  >  News   >   Travel Trend: Disaster Tourism 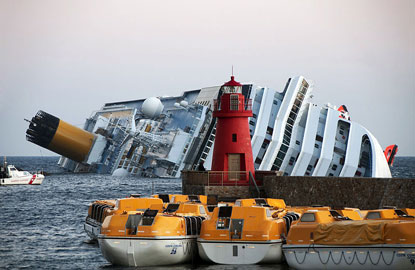 People line up in Santo Stefano on the Italian coast for tickets aboard sightseeing boats which travel past the nearby island of Giglio. While the island itself may offer pleasant repose for visitors, that’s not what passengers are looking for. They have come to see the wrecked cruise ship Costa Concordia, which sunk on January 13 of this year, claiming 32 lives. Disaster tourists, as they’re called, have helped increase the number of day visitors to the island, according to Giglio’s mayor Sergio Ortelli in a report from the AFP earlier this month.

The price to get an up-close peek at the tragedy is fairly cheap—10 euro or about $12 USD. While tourists may thrill to see where this very public disaster took place, at least one local is ready to see it gone. Alessandro Centurioni, an environmental official in Giglio, told the AFP of the painful memories the sight evokes for him:

"The Concordia has become part of our landscape, but it has also spoiled it," he said. "Every time I see it, I feel the pain and sadness once more."

Disaster tourism doesn’t begin and end with a wrecked cruise ship (though it has been a year for wrecked cruise liner news). But it does bring up some uncomfortable thoughts. Why do we flock, sooner and sooner it seems, to sites of disasters where lives have been lost? We don’t go as mourners, but as sightseers in the same frame of mind as a tourist ogling the Eiffel Tower. Is this the worst kind of commercial voyeurism, or is this simply a tangible extension of our all-access world of information and imagery?

In the September issue of The Atlantic, Graeme Wood writes about his visit to the Nevada National Security Site outside Las Vegas. You may know it better as the expanse of Mojave Desert where the U.S. government once conducted close to 1,000 nuclear tests, some 100 of them above ground. The Department of Energy offers monthly tours of the area, and according to the article, they get booked up as much as a year ahead of time. What do these tourists wait so long to see? According to Wood, it’s a catastrophic landscape: bunkers and bridges built for the purpose of gauging damage in the blast radii, pens where pigs were kept to test the damage from blasts on skin.

Says Wood, "One thousand nuclear explosions had taken their toll on the landscape, from above and from below. Some underground detonations just left a sinkhole. Others cause the earth to bubble up like a souffle, then crack and spew fire, smoke, and ash."

Before you start thinking this trip sounds more like historical observation, keep in mind that part of the tour includes a model town where national security teams simulate mass disasters (like dirty bomb detonations and radioactive contaminations) to this day, to prep for such disasters.

In the most global turn of disaster tourism, as April marked the centennial of the sinking of the, museums and exhibits around the world opened their doors to visitors. The new Titanic Belfast, self-billed as the "world’s largest Titanic visitor experience," opened this year, and the "Titanic: The Artifact Exhibition" moved in to the Henry Ford Museum in Michigan. The exhibit’s website highly recommends advanced reservations due its popularity.

Now, it has been 100 years since the sinking of the Titanic, so the sands of time may provide us a little buffer, making these sights less morbid and more historical. Is it just time separates the Titanic from the Costa Concordia disaster? Is it 9 months, a generation, 60 years, a century? When does the perspective change? I mean, are the Roman ruins still considered disaster tourism because of their rich history?

What do you think?