Know before you literally go.

Are you sure you want to take that ride? While rideshares are becoming a more popular option than taxis for getting to and from the airport, they’re not exactly hassle-free. While rideshares may cost less and be easier to hail, they can take quite a while to arrive. In the meantime, many outlets report, travelers are being approached by drivers that claim they work for rideshare services when they really don’t.

Despite efforts to stop them, fake rideshares continue to run amok. At major airports around the United States, passengers are falling prey to more and more of these scams. A recent investigation by WGN found that within a 45-minute period at O’Hare International Airport (ORD) and Midway Airport (MDW), four such drivers claimed they were taxis or working for a rideshare service. Last year, almost 90 citations were issued at ORD and MDW for “unlawful solicitation of rides.”

Here’s how a fake ride sharer might operate: while you’re waiting the 20+ minutes it can take for your Uber to arrive, a driver flags you down, says they’re part of a rideshare service and insists that their “livery” license plates permitted them to offer rides or simply say that they can take you from the airport to your home for a set price.

It’s no secret: rideshare queues at airports around the country are a nightmare so it can be easy to give in and not think things through before quickly hopping in. But should passengers take the ride if they’re tired of waiting?

The Trouble With Unlicensed Rideshares

A common concern is price. One ORD driver told WGN a ride to Naperville, Chicago, would run anywhere from $89 to $100. “A suburban taxi service that’s authorized to offer pre-arranged airport rides charges $50 for that same ride,” the outlet reports. And that price could change once you get in the car. “These people are hostages in that car unless they pay what they’re told to pay,” said airport greeter Mark Glass.

Personal safety is also a concern. In recent years, dozens of passengers like 28-year-old Elizabeth Suarez have been physically and emotionally compromised by such drivers. One night last July, Suarez was robbed after hopping into what she thought was an Uber outside of her Vegas hotel. Shortly after the pickup, the driver departed from the route by pulling into an empty parking lot. He then demanded Suarez give him everything she had. Suarez managed to escape by jumping out of the car (while it was moving) and sustained multiple injuries, including a broken wrist. The driver has yet to be found.

How to Be on the Lookout

Only accept rides if you’ve called for or requested one on your phone. Before hopping in, double check the make, model, and license plate of their car. Also, verify that your driver’s name matches the one listed in your app, and have them state your name by asking something like, “Who is this ride for?” Uber and Lyft both have their designated safety pages with helpful tips for riders, as well.

Before hopping in, double check the make, model, and license plate of their car.

What to Do if You’re Tired of Waiting

If you’re headed to a hotel after landing (especially near the airport), the property may have a pick-up/drop-off service, so double check with them to confirm (and you can bypass the aforementioned fees and risks!). Or, call your rideshare before you collect your bags if you know the wait will be long.

If you believe you’ve been scammed or have evidence of a scam by a driver, the city of Chicago encourages people to report such claims after dialing 311. 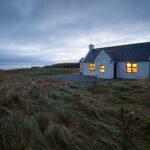 RELATED STORY
Guess Who Tried to Rob You While You Were on Vacation
Comments are Closed.
Community Guidelines
0 Comments