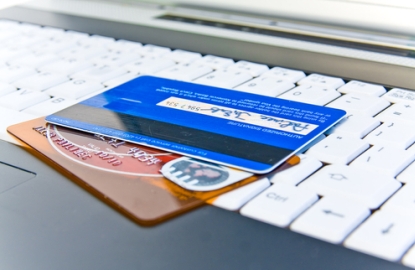 Spring is in the air and summer vacation is just on the horizon, making it prime time for travel rewards holders to cash in their points and miles for trips. Whether you’ve racked up rewards credit via airline, hotel, or credit card programs, lots of juicy trips are up for grabs this time of year.

No doubt you’re checking to see how much airfare your frequent-flyer miles will buy this summer, but keep in mind that your points may get you more than just a flight. Your frequent-flyer miles can buy hotel stays, for example. A night at Hotel Bayerischer Hof in Munich goes for 20,000 miles on MileagePlus (the newly merged United and Continental frequent-flyer program) and a night at the Hotel New Otani in Tokyo can be yours for half that.

If you want something really special and happen to be sitting on a pile of United and/or Continental miles, you can also try your hand at bidding on a unique travel experience. A week in France is on the block right now on United Airlines’ new Headliners travel auction site, which includes two nights at Malcolm Forbes’ 17th-century Château de Balleroy in Normandy, three nights in Paris, train or rental car, and round-trip airfare. This famous castle is open for tours but staying overnight is once-in-a-lifetime and won’t come cheap. This morning, the bid was up to 445,000 miles with only a few days left on the lot.

Chase Freedom or Sapphire cardholders planning vacations should check the Ultimate Rewards site on weekdays when new travel deals go up—including packages you can bid for online. "We see April as a big travel-planning month so now is when we put the travel packages out there that we see our customers desiring the most," says Sean O’Reilly, general manager at Chase Card Services. "You’ll see travel packages for the Caribbean, Florida, Las Vegas, the West Coast, hotel packages in New York City, Broadway shows."

Deals can be had on these dream trips, especially if you’re willing to bid. Earlier this month, a trip for two to Cancún valued at $3,698, including airfare and four nights at the Hyatt Regency, went for 94,100 points on the Chase Ultimate Rewards auction site, and a $5,250 trip to Las Vegas with three nights at Caesars Palace and a helicopter ride went for 95,100 points.

Fodors.com contributor Cathleen McCarthy is the rewards expert for CreditCards.com and covers hotel and travel deals in Northeast cities on her own network, Save on Cities. Her stories have appeared in The Washington Post, WSJ, Amtrak ARRIVE, Town & Country, and several in-flight magazines.