News Apeksha Bhateja What Are the Chances You'll Get Monkeypox at a Hotel?
News4 Perfect Japan Itineraries

Cherry blossom season might be over, but Japan—that mysterious string of islands in the Pacific Ocean—is a land for all seasons. It’s also a land for all kinds of travelers, not just the ones obsessed with karate, anime, and robots. So before you head halfway around the world to explore the wonders of Japan, check out these tailor-made (and samurai-free) itineraries. 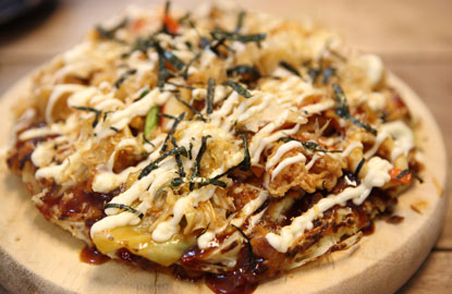 Think Japanese food is all raw fish and rice? You’re in for a mouth-watering surprise. Osaka’s nickname is tenka no daidokoro (the nation’s kitchen). The moniker originally referred to Osaka’s eminence in the rice trade, but is now associated with its highly revered cuisine.

Osaka favorites include okonomiyaki (a savory pancake stuffed with seafood, pork, and cabbage), kitsune udon (noodle soup blanketed by fried tofu), and takoyaki, a quintessential street snack (round octopus fritters). You’ll find takoyaki kiosks everywhere, but we recommend the bold flavors at Yama-chan in Abeno Ward. For tasty okonomiyaki, hit Mizuno in Sennichimae Ward but be prepared to wait: the line is usually long.

Head to Dotonbori nightlife district and splurge at Kanidoraku Honten—a popular crab restaurant immediately recognizable by the famous giant mechanical crab on its façade. Or try Dotonbori Imai noodle restaurant, beloved by locals. Hint: The trick to eating the tofu in kitsune udon is to fold it in half with your chopsticks.

Hungry for meat? Follow your nose to Tsuruhashi, Osaka’s Koreatown, for some Japanese-style Korean barbecue. If the “rustic” feel of the typical Tsuruhashi yakiniku restaurant sketches you out, try the higher-end Yoshida: quality cuts of meat and a signature sauce. Should you be feeling adventurous (and flush with cash), try tessa—sashimi made from poisonous fugu puffer fish. Chefs slice the flesh so that there’s just enough poison to numb your lips…but not kill you. The popular fugu chain Zuboraya has a location in Dotonbori where you can enjoy fugu prepared in a variety of ways, from sashimi to deep-fried. Eat at your own risk!

Insider Tip: At a yakiniku restaurant, “meat mix” doesn’t mean a mix of chicken, pork, and beef. Osakan food often includes organ meat (horumon), a custom partially due to Osaka’s strong Korean influence. Try it! You may be deliciously surprised. 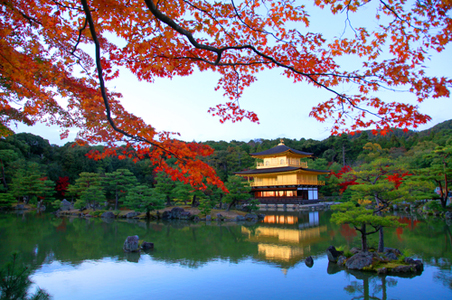 What could be more romantic than strolling along ancient Japanese streets as bobbing lanterns glow overhead? While modern Kyoto is technologically chic, areas like the Gion geisha district are exquisitely well-preserved. Kyoto is also home to The Golden Pavilion, an impossibly beautiful Buddhist temple with gold leaf-plated exteriors and large reflective pond (arrive early in the morning before the siege of tourists Bogart your moment).

There are a number of stunning gardens in Kyoto, notably the grounds at Shisen-do temple—especially beautiful during the fall months—or the Heian Shrine, with its stone pillars, ponds, and tea ceremony arbor. Similarly, the Philosopher’s Walk, which runs alongside cherry blossom trees and a gently lapping canal, is the perfect venue for soul-searching conversations.

Pump up the romance with a room in a ryokan (a traditional Japanese inn). A great escape can be found in the small but utterly charming Ugenta ryokan in Kibune, a quaint village thirty minutes outside of Kyoto. If you’d prefer to stay in the city, try Tawaraya ryokan (fabulous service, excellent food, convenient downtown location), or, for more intimacy, Tamahan; a “hidden” ryokan in the narrow Ishibei-Koji pedestrian street. For more drama, time your visit for sakura season. A stroll through the Heian Shrine gardens under a rain of frosty white cherry blossoms? You’d better have a ring.

Insider Tip: Ryokans are generally expensive, but some—like Seikoro ryokan near Gion – allow you to opt out of the traditional meal service to shave down costs. 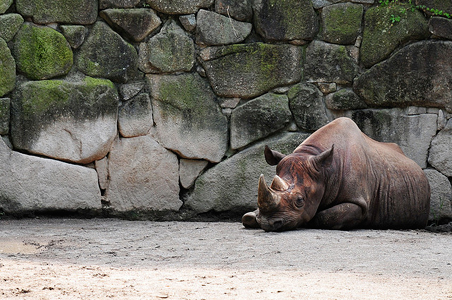 Tokyo, while chaotic, is a great choice for families: culture and shopping for adults, fantastic activities for little ones. Take cartoon-lovers to the Ghibli Museum to learn about animation or to Sanrio Puroland where they can meet and even take a boat ride with Hello Kitty. Your budding naturist will enjoy a visit to Ueno Zoo. It is the oldest zoo in Japan, has a brilliant petting zoo, and is home to two pandas. Or try KidZania on for size. KidZania is a mini city built to child-scale where kids can try on a variety of adult jobs like pilot, baker, banker, and newscaster.

Yoyogi Park in Shibuya Ward is a great place for people-watching; keep an eye out for people dressed as anime characters and dogs dressed as people (it’s rare to see a dog au naturel in Japan). Older children (and parents) will love Akihabara—Japan’s discount electronics district. And should your children tire of anime and pandas, you can always head to Tokyo Disney Resort and Tokyo Disney Sea; a Disney attraction with a nautical twist. Mermaid lagoon, anyone? 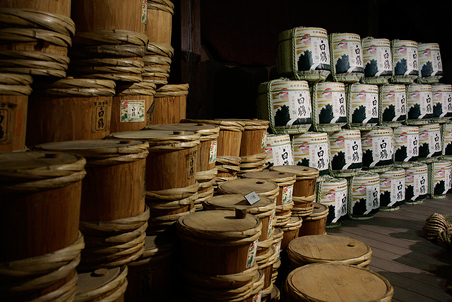 Nothing beats enjoying an adult beverage in its land of origin. Wonderful sake can be found throughout Japan, but if you really want to make a day of it, head to Kobe’s Nada Ward: Japan’s top sake-producing district. There are many sake breweries in Nada, and a good number of them also function as museums, shops, and tasting rooms. And they are close enough to each other that you can hop between them, sampling, learning, and inhaling the delicious perfume of sake until you see fit to stop. Or until you can’t see clearly anymore. Whichever comes first.

You’ll want to have a well-lined stomach, so start at Kobe Konan Muko-no Sato, where the emphasis is on its sake-pickled products rather than its sake. You can enjoy full meals at its restaurants, as well as peruse the large market for foodstuffs that pair well with sake. From there, head Southeast to Shu-shin-kan Brewery, where you can partake in a free tour to the sake cellar or, in winter, a tour to the brewery when the actual brewing takes place (reserve a day in advance).

Insider Tip: Entry to the brewery museums is free. And in many cases, so are sake samples. Please ride the trains responsibly.