Where Was the Failure: Rovinj, Croatia

On my honeymoon, my new bride really wanted to go on a bike ride through the Croatian countryside. But here’s the thing—I don’t really know how to ride a bike. I can manage, sort of. But I’m not great at it. I learned when I was a kid, but I don’t think it stuck. Whoever said you never forget how to ride a bicycle is a liar. But, I said, “Sure, why not. What can go wrong?”

It was to be a bicycle winery tour through the fields of Istria. We were met around 10 a.m. by our guide. I expected someone laid back–a calm Croatian wino pedaling a beach cruiser with a basket strapped to the handlebars. What I got instead was a Spandex-clad Olympian with a bicycle ready to tackle the Alpine passes of the Tour de France. My wife was not intimidated. I was terrified. 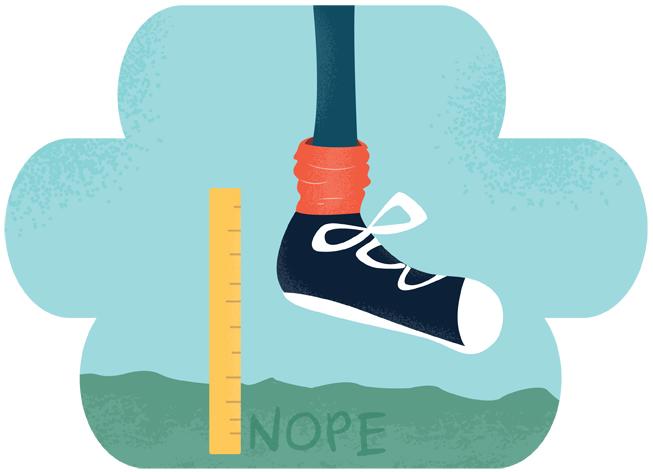 I mounted my bike on the outskirts of Rovinj and realized my bottom was higher than my hands. “Could you please lower the seat?” I asked. I didn’t know how to do it myself. The Olympian lowered my seat. We started riding. My feet couldn’t touch the ground. I wanted my feet to touch the ground. “Why aren’t my feet touching the ground?” I asked.

“Your feet can touch the ground,” my wife said.

But they couldn’t. And I wanted them to touch the ground so that I could stop the bike.

“Use the handbrake!” she instructed.

“I want to use both my feet and the handbrake!”

We went down a hill and I jumped off the bike. It was either jump or fall. I landed on my feet. I demanded: “Make the seat lower!” I was turning into a monster. Lance Armstrong abided.

We continued across a street and into the fields. We were on a dirt road. Occasionally, a car would pass, and each time, we had to get out of the way. Each time, I almost fell over. This was not leisurely at all.

We rounded a bend and suddenly we weren’t surrounded by fields on all sides. Now, the field was only to the left. To the right was a ledge. Not a cliff per se, but about a six-foot drop. I thought to myself, OK, dummy, don’t fall off the ledge. DO. NOT. FALL. OFF. THE. LEDGE.

And so I headed straight for the ledge. I don’t know why. It was out of my control.

And off I went. 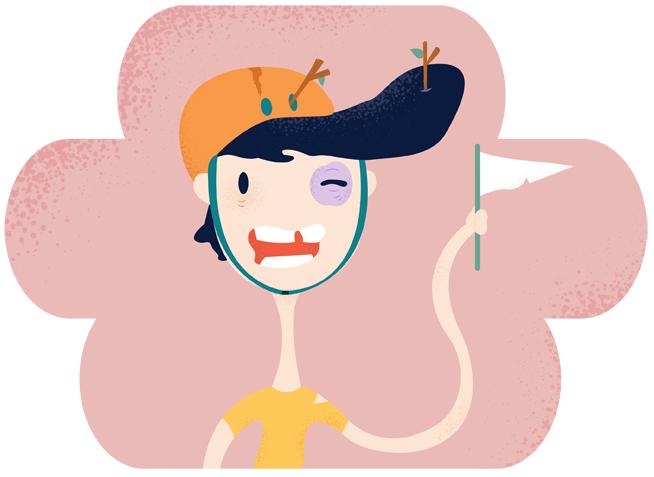 There was a railing over the ledge, maybe about four-feet high. I slammed head-first into that railing (I was wearing a helmet), then somehow flipped over it and went off the ledge. Did I mention that ledge was coated in barbed wire? I flew through the barbed wire. You know what was on the other side of that ledge, six feet below? Solid ground? No, too simple. A swimming pool? Nah, too easy. A rosebush. A ROSEBUSH! I landed in a rosebush.

If it hadn’t hurt so much, it would have been damn funny. I was Wile E. Coyote, but without a foil. I was Johnny Knoxville, but without the giggling masochism.

My wife told me afterward that she was fairly certain at that moment that she’d been widowed on her honeymoon. That’s how bad it looked. It didn’t feel much better. I looked even worse. My face and hands were cut up. I broke my sunglasses–and I really liked those glasses. Worst of all, my ego–already pretty shattered by the Olympian–was crushed, cut up by roadside, railing, wire, and thorns.

It’s OK—actually it’s perfectly wonderful—to do things on vacation that you wouldn’t ordinarily do—or even, embarrassingly, don’t know how to do at all—but, don’t be too embarrassed or too proud to admit how uncomfortable you may be. I should have told Lance that I had no idea what I was doing and that we should do a little practice round before heading out on the open road.

Perhaps an even more important lesson: wear a helmet. I had the nerve to initially complain about wearing one because it was uncomfortable and I looked bad in the photos (I’m vain). If I hadn’t been wearing one, the thorns and razor wire would have been the least of my worries.

If you have a Travel Fail you’d like to see featured, email us at [email protected].