News Christina Mueller Yes, You Can Visit Los Angeles Without a Car. Here's How to Use the L.A. Metro Subway System
NewsTourist Traps to Skip This Summer

Tourist Traps to Skip This Summer

It lures you in with the promise that it’s the best spot in town. If you’re visiting, you absolutely, positively, without a doubt must eat here. But the truth? The dark secret a kind, discerning local will whisper in your ear? It is actually not worth the wait, the bucks, or the upset tummy. Here are the "best" (er, worst?) tourist traps around the country to avoid this summer: 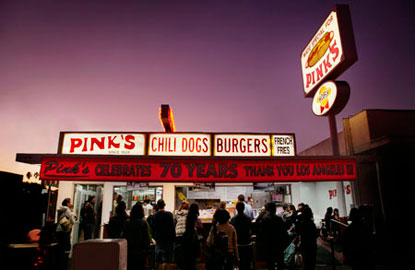 A Hollywood institution, Pink’s Famous Hot Dogs opened in 1939 and touts itself as "America’s top hot dog!" From dawn til dusk, lines for this kitschy stand stretch around the block. It’s spawned several spin-offs around California and at amusement parks from Ohio to Vegas. But ask a true Angeleno, and he’ll tell you Pink’s is completely skip-able.

"If you like waiting an hour for burnt chili on a cold hot dog with tasteless cheese, you have found your home," Los Angeles resident Carl Jackson tells Fodor’s.

"When my friends or family from outside L.A. come to visit and they want to eat there because they’ve seen it on TV, I tell them I’d rather drive to Costco and get a hot dog instead of waiting in line for half an hour with 100 other people to get too many toppings on an over-hyped hot dog," complains another LA native. 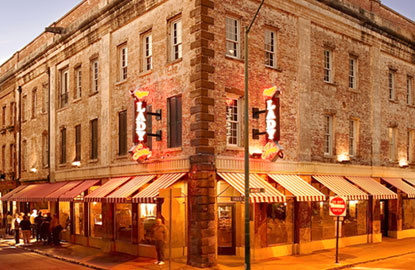 An offshoot of TV chef Paula Deen’s The Bag Lady lunch delivery service, The Lady & Sons (those being Jamie and Bobby) launched in downtown Savannah in 1995 and was named "International Meal of the Year" by "USA Today" in 1999. But ya’ll? These days it might be a stick of butter short for some visitors.

"Paula Deen is Savannah royalty, but The Lady & Sons’ tourist-trap status is a running joke among those of us who live here," reports local Travis Marshall. "Mainly because getting in takes a few hours and a lot of people are surprised to find it’s just a buffet of standard Southern fare: fried chicken, mac & cheese, etc. The food’s not bad, but definitely not worth the wait or the hype." 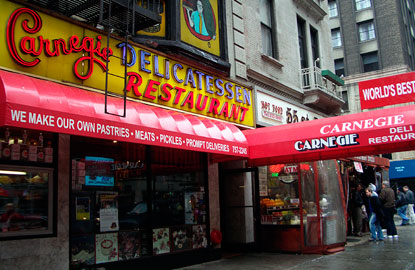 This official New York City landmark has been in business since 1937, serving up matzoh ball soup, corned beef, and brisket. Skip Carnegie Deli on a visit to the Big Apple? Fuhgeddaboudit. Unless, that is, you listen to these unhappy customers.

Other New Yorkers-in-the-know complain about its high prices (a Pastrami sandwich rings up at $16.95), its "sharing fee" (although the sandwiches are enormous, the delicatessen will charge you $3 to split one with a friend), the seating (its elbow-to-jowl), and the service (in the words of, well, myself, it’s "unfriendly.") 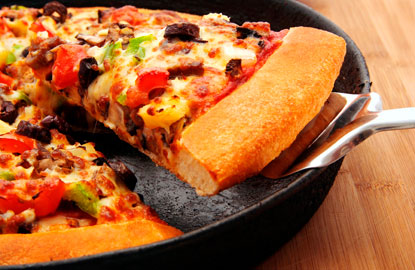 "The birthplace of deep dish," Uno Chicago Grill launched in 1943. It’s revered as a Chi-town original and has now spread to 24 states and as far as Saudi Arabia and South Korea. But a few brave Chicagoland locals say no way to Uno’s.

"I may get de-friended by all my Chicago friends for saying this, but I was always totally disappointed by Uno," says former Chicago resident Erin Stoll. "Whenever someone would visit and I had to take them there, it was really annoying. You always had to wait FOREVER to get in and to me it was never worth the wait, the pizza was just not that great." 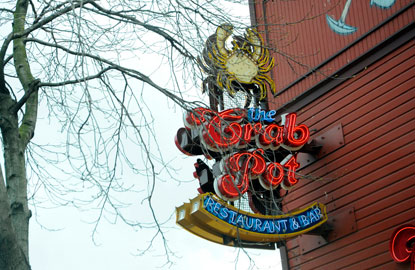 You might get a bib during your visit to The Crab Pot, which has had wild success reeling visitors into Seattle’s Pier 57 for the last 30 years. However, some locals say you should to throw this place off your list of spots to visit.

"Tourists really get their hopes up for this place and it’s just a cesspool," Seattle resident Nicole Christie says bluntly. "They literally dump a pot of old shellfish and corn cobs on your table and leave you to dig through it, all the while attempting to NOT walk out with a frothy case of trench mouth. Unsanitary and underwhelming." 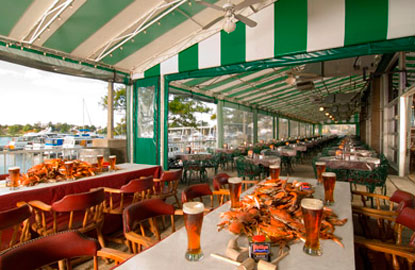 Originally an upscale seafood family restaurant founded in 1956, Phillips Flagship Restaurant is now swamped with tourists craving some crab in the Capitol City. But some online reviewers veto the famed all-you-can-eat buffet.

"I can eat frozen seafood from the supermarket," chimes in S.B. from Springfield, Va. "The SYSCO frozen food boxes gave them away. I won’t be back. Save your money and order the fresh a quarter mile down the street in the fish market!"

So tell us. What’s the #1 tourist trap to avoid in your city?