Tourism Up in DC Last Year 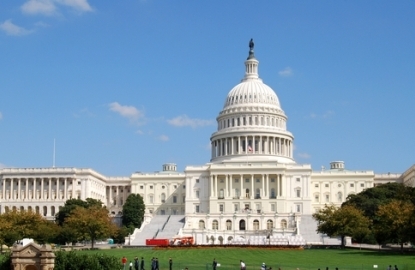 Good news for the tourism industry in our nation’s capital: statistics released by Destination DC, a leading DC marketing and management corporation for conventions and tourism, show the industry in the district grew by seven percent in 2011, totaling 76,000 jobs. The city held its fourth annual travel rally last year, and it may have worked—the number of domestic tourists increased from 15.54 million in 2010 to 16.1 million in 2011, an increase of 3.8%, according to a study by Destination DC and DK Shiflet and Associates.

Visitors also spent more money in Washington, DC last year, about $6 billion, up from $5.68 billion the previous year. According to Destination DC, this is the sixth consecutive year that the travel industry in DC has generated over $5.5 billion. This is big for a district whose second largest industry is tourism (the first being, you guessed it, government jobs). Getting tourists to spend is no small task, but it is an important one, as half the sales tax spending in DC is done by tourists.

And of course, travel in Washington comes with its own politics. On Tuesday, Vote Travel, an initiative by the US Travel Association, kicked off its events for National Travel and Tourism Week in the capital, with speeches by Ferguson, Congresswoman Eleanor Holmes Norton, and Roger Dow, President and CEO of the US Travel Association. The Vote Travel Rally bus has been touring the country this year, drumming up support for the industry and emphasizing its critical economic role.

What drew these flocks of travelers? Other than business meetings and conventions, tourists were surely drawn to some of the area’s perennial favorites (and Fodor’s Choice picks) like the flying buttresses and gardens of the Washington National Cathedral; Ford’s Theater and Center for Education and Leadership, featuring a three-story tower of books about Lincoln; the myriad museums of the Smithsonian Institution; performances at venues ranging from the John F. Kennedy Center for the Performing Arts to indie standby the Black Cat; and an impressive array of top-notch cuisine like Citronelle‘s French-Californian fusion in Georgetown or the tasty and affordable bivalves (that’s oysters) at Hank’s Oyster Bar in Dupont Circle. Dreaming of DC yet?

Thinking of a trip to Washington, DC? Apparently, you’re not alone.

For up-to-the-minute hotel and restaurant recommendations, plus the best planning advice, check out our Washington, DC Travel Guide.