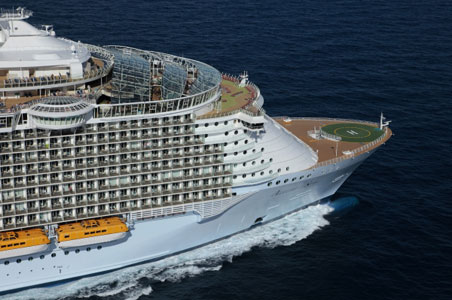 Some people associate January with New Year’s resolutions. In-the-know cruisers, however, equate this month with cruise bargains. The early winter months are traditionally when cruise lines discount their fares and offer other freebies to entice you to drop what you’re doing and book a cruise. While you might think Wave Season is just hype, it really is a good time of year to review your vacation plans and see if your favorite ship is offering a deal you just can’t refuse.

What are Wave Season Deals, Exactly?

So, what type of promotions can you expect to see right now? Discounts off the base cruise fare and 2-for-1 deals are by far the most common sales. You’ll also often encounter kids sail free packages, onboard credits, free or upgraded airfare, cabin upgrades, reduced deposits, complimentary shore excursions, free beverage packages, prepaid gratuities, and waived single supplements.

Disney Cruise Line: Kids Sail Free out of Miami and Galveston. Children 17 and under sail free when traveling with two full fare passengers in the same stateroom on most sailings from January 14–February 25 and April 8–27. Fares aboard Disney Wonder out of Miami start at $798 for a 4-night itinerary and $998 for a 5-night cruise. Many of the Kids Sail Free voyages are already sold out so if this is of interest, book immediately! (DCL is also offering reduced cruise fares for Disney Dream’s 3- and 4-night Bahamian cruises between August 29–September 26.)

Norwegian Cruise Line: If you’re considering a transatlantic, Panama Canal, Pacific Coastal, or repositioning sailing, take a look at Norwegian Cruise Line’s Wave Season deals. For example, fares start at $449 for an 11-day voyage departing April 20, 2013 from Miami to Barcelona on Norwegian Epic. Bookings on repositioning cruises receive $100 in onboard credit, an e-coupon booklet, and complimentary upgrades on select cruises.

If repositioning cruises aren’t your thing, take a look at another NCL sale: The Upgrade Wave. Book by February 28 and get a balcony stateroom for the price of an oceanview cabin, or an oceanview cabin for the price of an inside stateroom. This sale is valid on any Norwegian ship in any region of the world. Other Wave Season perks on select sailings include reduced deposits, up to $1,000 in air credits, AARP discounts, and 50% off cruise fares for kids sailing in Europe.

Celebrity Cruises: Check out the 123 Go! sale, which offers the choice of a free "Classic Beverage Package" for two (a value of up to $616 for two guests on a 7-night sailing), free gratuities (a value of $210 per stateroom based on a 7-night cruise), and an onboard credit of up to $300 per stateroom, depending on the selected itinerary length. If you book an itinerary in Europe, you can choose two of the perks mentioned above. This deal is valid on all Celebrity ships except for Celebrity Xpedition on sailings between February 2013 and April 2014. Book by January 27.

Oceania Cruises: There are two compelling Wave Season deals from Oceania Cruises, including business class air upgrades from $799 per person one-way (when booking a Veranda stateroom or above) on select 2013 Europe sailings and two-for-one Unlimited Shore Excursion packages (a $999 value) on select 2013 Alaska voyages. Each offer is valid on new cruise reservations book before March 31.

Windstar Cruises: All three of Windstar’s ships just underwent major renovations so it’s a great time to try out (or return) to this cruise line that features intimate motor-sail-yachts. Offers include 2-for-1 fares and savings up to $1,000 per stateroom on select Caribbean and Panama Canal trips. (Book by March 2, 2013.) Two-for-one fares in Europe also include two free hotel nights on select Greek Isles, Turkish Delights, Northern Europe, and Mediterranean cruises.

Abercrombie & Kent: A&K is a leader in luxurious experiential vacations and offers several that include a cruise component. Deep discounts include:

Paul Gauguin Cruises: Paul Gauguin Cruises is a longtime leader in itineraries in French Polynesia and the company just entered the Caribbean and Mediterranean markets as well with a new ship, Tere Moana. PCG is offering 50% off standard cruise fares on all m/v Tere Moana 2013 sailings in the Caribbean, Latin America, and Europe. You can also save 50% off the cruise fare in French Polynesia plus receive complimentary airfare from Los Angeles to Tahiti. That deal is valid on all 2013 sailings aboard Paul Gauguin.

Regent Seven Seas: Here’s an example of an added value Wave Season perk. Regent Seven Seas cruises is offering free Internet access to guests who book new cruise reservations through March 31. The deal is valid on select sailings, including the Navigator‘s March 22, May 22, and June 12 voyages. Mariner‘s April 24, June 1 and 28, July 8, August 29, and September 18 sailings, and the Voyager‘s July 1, 11, and 28 voyages in addition to her August 16 and October 6 itineraries.

Seabourn: Seabourn’s Signature Savings Event offers up to 50 percent off cruise fares on over 100 sailings during 2013 and 2014 in the Mediterranean, Northern Europe, Atlantic Crossings, Arabia and India, Southeast Asia, Canada and New England, the Caribbean, and Australia and New Zealand. There’s an additional 15 percent discount when combining two or more cruises and some combinations offer complimentary upgrades to a Veranda Suite. Bookings made in Penthouse or premium category suites earn a $1,000 shipboard credit. Book by February 28.

SeaDream Yacht Club: Slicing 55% off the normal cruise fare for this luxury line is a reality during SeaDream’s Wave Season sale. Select sailings in the Caribbean, Amazon, Costa Rica, Mediterranean, and Asia have been discounted. SeaDream will also throw in a $100 onboard spa credit. The line’s Book Today and Save rates increase as voyages sell out to ensure that those who book early end up getting the lowest fares. Now could be the time to upgrade to a luxury cruise.

AMA Waterways: There are a number of interesting deals offered by AMA Waterways, but you need to book no later than January 31. If you’ve had your heart set on AMA’s Tulip Time itinerary in the spring, book now and receive two free nights in Amsterdam or $1,000 off per stateroom. Wine cruises on the Danube and the Rhine net $500 off per stateroom. Thinking about heading to Vietnam for a Mekong River Cruise? AMA is offering $1,000 off per stateroom plus a cabin upgrade. Finally, now is a great time to book a Christmas markets river cruise. The 2013 season is selling for 40% off brochure rates.

Avalon Waterways: There are a lot of good deals available from Avalon Waterways right now but two of the best include a savings of up to $1,000 per couple on select "Book Now" European itineraries and the waiving of the single supplement for solo travelers on dozens of departures.

Viking River Cruises: Viking River Cruises is offering some aggressive pricing during Wave Season with its 2-for-1 fares and 2-for-1 deals that also include airfare. These deals apply to select 2013 and 2014 sailings. There are also a number of 2014 itineraries available at 2013 prices.