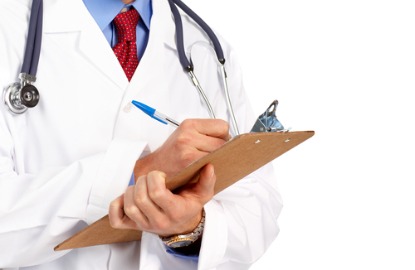 Your cruise vacation should be refreshingly carefree—and we want you to keep it that way. Avoid health risks on the high seas (namely seasickness or that nasty little norovirus bug, which plagued several major cruise ships earlier in the month): A few simple precautions, like washing hands frequently, drinking lots of fluids, and purchasing travel/medical insurance, can go a long way. For more expert advice on staying healthy at sea, we’ve sat down with Dr. Robert Wheeler, a former medical doctor aboard various cruise ships and the current in-house medical director for On Call International, a company that provides customized travel and medical assistance packages. Herewith his insights from our Q&A session, primed for keeping you healthy at sea:

What essential items do you recommend cruisers pack in their travel medical kit to avoid sickness at sea?

In advance of any trip, we recommend that travelers fill out the standard medical information form, as well as stocking and bringing a small first aid kit with them, including any medications they might use to combat sickness at sea like meclizine (Bonine), dimenhydrinate (Dramamine, Gravol), scopolamine/hyoscine (as a tablet or patch), promethazine (Phenergan), or ginger tablets, which are often used for motion sickness.

If you start feeling seasickness onboard the ship, what tips can you give to cruisers to help nip it in the bud?

1. Step outside on deck, if it is safe to do so, for some fresh air.
2. Look out to the horizon to help correct the sensory mismatch of the body’s balance center in the inner ear, visual cues, and the bones and muscle.
3. If inside the ship, try to go to the center of gravity of the ship where there is less motion.
4.  If laying down, position yourself so that you are laying perpendicular to the axis of motion of the ship—if the ship is rolling side to side, lay feet to head side to side; if pitching fore to aft, lay feet to head fore to aft.  This helps to limit the rolling motion of the head from side to side that may aggravate the balance center in the middle ear and the seasickness.
5. If the cruiser is not yet too nauseated, some crackers or bread with a bit of water may help to settle the stomach.
6. Medications such as meclizine (Bonine), dimenhydrinate (Dramamine, Gravol), scopolamine/hyoscine, promethazine (Phenergan), or ginger tablets are often used for motion sickness. They work best if taken before the traveler feels ill—such as for people who have a past history of seasickness or if rough seas are in the forecast—or as soon as symptoms arise. Some people may also be helped by wrist pressure bands. Once vomiting occurs, the cruiser may require injections of medication and intravenous fluids.

What kind of medical staff is a cruise ship normally equipped with?

The major cruise lines provide medical staff aboard ship consisting of doctors and nurses. The number of medical staff may vary depending upon the total population of guests and crew members aboard the vessel and the ship’s itinerary.

On a ship that has a norovirus outbreak, is it true that passengers are typically quarantined?

If you are on a ship with a norovirus outbreak and the itinerary is affected, can cruisers expect to see reimbursements in fares?

Many, but not all, of the cruise lines may provide reimbursement for lost sailing days in the event of a norovirus outbreak aboard ship. The passenger may need to request the reimbursement.