News Larry Bleiberg You Can Finally Look Inside This Stunning D.C. Landmark. But Only for Another 25 Days
Home  >  News   >   Top Things to Do for MLK Weekend

Top Things to Do for MLK Weekend 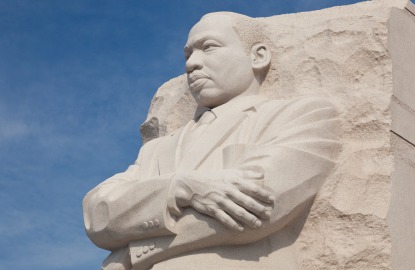 Even if you’ve already made vacation plans for upcoming MLK weekend, there are plenty of events, performances, and more taking place on and around the January 16 holiday that are well worth adding to your schedule. From a free concert at the Kennedy Center in Washington, D.C., to an annual parade and park party in Los Angeles, here are your best bets for activities in cities across the country.

Participate in a Church Service

Martin Luther King Jr. preached at the Ebenezer Baptist Church, where there will be a service held on January 16, 2012, beginning at 10 a.m. in his honor. The service is free and open to the public, but seating is limited. Those who can’t get seats can watch it broadcasted live on a large screen in front of the Martin Luther King Historic Site Rose Garden.

Listen to a Special Concert

Your first top in D.C. should be to visit the Martin Luther King Jr. Memorial, located at 1964 Independence Avenue, SW. And here’s a heads up for history buffs: The address has historical significance, as the street number references the Civil Rights Act of 1964.

Hear a Free Concert at the Kennedy Center

A special, free concert featuring Bobby McFerrin will be performed at the John F. Kennedy Center for Performing Arts on January 16, 2012, at 6 p.m. Tickets are available in front of the concert hall at 5 p.m., and are first come, first serve.

See a Flick for Free at the MLK Film Festival

Take a Walking Tour of Harlem

Join a NYC Discovery Walking Tour (January 15 to January 17, 2012, at 2 p.m.), and stop at famous landmarks and other sites including the Apollo Theatre, the Lenox Lounge, and Blumstein’s Department Store on 125th Street, where, in 1958, King was stabbed in an assignation attempt. Call 212/465-3331 for reservations, or email [email protected]

Check Out the Harlem Gospel Choir

There’s a special matinee show being put on by the famous Harlem Gospel Choir at B.B. King Blues Club & Grill, to be held on January 16, 2012, at noon.

Catch Free Events at the Brooklyn Academy of Music

Head to BAM for a day-long event starting at 10:30 a.m., on January 16, 2012. There will be music, performances, and a screening of Neshoba: The Price of Freedom, an award-winning documentary about the murder of three civil rights workers in a Mississippi town.

There are events going on all weekend at the California African American Museum to celebrate Martin Luther King Jr.’s birthday, including music, workshops, and cake on January 16, 2012. The event will be hosted by Jeffrey Anderson Gunter and Chandra Wilson, from Grey’s Anatomy.

Watch a Parade and Join a Festival

The annual Kingdom Day Parade runs along Martin Luther King, Jr., Blvd. and ends at Leimert Park, where there will be music, special exhibits, family activities, and more.