Beaches Kaila Yu Do You Enjoy Visiting Hawaii? You Should Pay a Fee
Home  >  News   >   What’s New for European Cruises 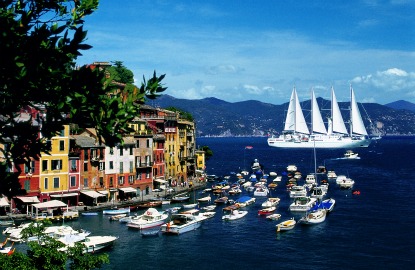 Looking to spice up your European cruise vacation this year? Whether it’s music, island-hopping, or politics and history that floats your boat, these three new cruise offerings are sure to heighten your experience on Europe’s high seas.

In August, the sixth annual Ocean Sun Festival, being billed as the only classical music festival at sea, will feature onboard classical music acts (like violinist Janine Jansen, pianist Igor Levit, and soprano vocalist Marlis Petersen); exclusive concerts at historical sites on shore (onboard soloists will join the Bergen Philharmonic Orchestra in Bergen, Norway, for instance); and international music critic-led lectures en route. Or, opt for the Stella Maris International Vocal Competition in November, when up-and-coming talent from global opera houses will compete under the direction of Canadian tenor Michael Schade for a top €15,000 cash prize.

Details: The 12-night Ocean Sun Festival itinerary calls on ports in Norway, including Bergen, Oslo, and Norwegian fjords; embarks August 12; rates from $6,670 per person. The 18-night Stella Maris International Vocal Competition sailing takes in Indian Ocean ports in the Middle East and Africa, including stops in the U.A.E., Oman, the Seychelles, and Madagascar; embarks November 7; rates from $9,150 per person.

Windstar Cruises, known for its fleet of three dreamy, tall-ship yachts (with billowing white sails and a 312-person max capacity), and a style that’s luxurious yet laid-back and pretension-free, is launching new "Islands of Italy" voyages for 2012. The 7-night sailings out of Rome (where they also disembark) journey to lesser-trodden locales in the Tyrrhenian Sea, such as the Italian islands of lush Ischia, castle-specked Lipari, and chic Porto Cervo in Sardinia, as well as a call on the Italian coast at Sorrento (primed for access to the ruins of Pompeii, or to Positano on the Amalfi Coast). It also includes a sailing around the active volcano on the island of Stromboli, and one foray into France, at Corsica’s Porto Vecchio.

With Meryl Streep up to win a Best Actress Oscar for her role as Margaret Thatcher in The Iron Lady (based on the former UK Prime Minister’s true story), film-goers who have found themselves inspired by the flick’s political and historical content can experience some like-minded enrichment at sea. Two small-ship sister cruise lines—Swan Hellenic and Voyages of Discovery—will be rolling out itineraries featuring key British leaders and opportunities for high-powered political debate and historical insights at sea. The enrichment-focused lines, lauded for their signature guest speaker onboard lecture series, will feature former British Foreign Secretary Rt. Hon. Lord Douglas Hurd—former Foreign Secretary to Margaret Thatcher and John Major;—on a modern, history-themed 15-night "Venice and the Adriatic" sailing aboard Swan Hellenic’s 350-guest Minerva. Or, try the politics-themed "Nordic & White Sea Adventure" sailing on Voyages of Discovery’s 650-guest Discovery, with guest Sir Anthony Brenton, who worked for more than 30 years for the British Foreign Office. The ship’s calls includes rare ports in Norway and Russia, such as the Solovetsky Islands.