News Apeksha Bhateja What Are the Chances You'll Get Monkeypox at a Hotel?
NewsTop Foodie Experiences in Virginia

Venture beyond the major cities of Virginia and you’ll find a scenic landscape of breathtaking valleys and majestic mountains. Since the Jamestown settlers first arrived 400 years ago, Virginia has been known for its agriculture so it should come as no surprise to find good old fashioned country style meals, cakes, and fruit pies as well as locally made beer, wine, cider, and even whisky. 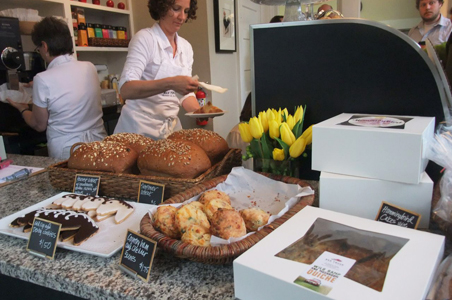 A red 1954 Ford truck parked in front of a converted Esso gas station makes up the award-winning Red Truck Bakery in Old Town Warrenton, about 45 minutes from Washington DC. Baker and proprietor Brian Noyes is known for his boozy cakes including the double chocolate moonshine cake, Red Truck bourbon cake, and Alma Hackney’s rum cake (all of which are also available by mail order). Everyday but Sunday the bakery offers a variety of fresh fruit pies, cookies, muffins, and scones that change with the seasons. They also have a limited menu of sandwiches and soups, and a large communal table that’s perfect for hanging out with the regulars.

Insider Tip: Pick up a bag of the addictive fruit and nut granola to go, the "best granola in America" according to host Andrew Zimmern. It’s as good for snacking as it is for breakfast. In Sperryville along the picturesque Thornton River at the foot of the Blue Ridge Mountains, master distiller Rick Wasmund of Copper Fox Distillery hand malts barley from a local farm and is the only distiller in the world to use local apple and cherry wood to smoke the malted barley for his whisky. Founded in 2000 after learning the art and craft of distilling whisky in Islay, Scotland, Wasmund developed his own uniquely American single malt and rye whiskies and in 2009 Wasmund’s Single Malt Whisky won a gold medal from the International Review of Spirits. Tours are available and you can buy the product on site.

Insider Tip: Purchase a Wasmund’s barrel kit that comes with two bottles of cask strength spirits and a charred American white oak mini-barrel and you’ll be able to experiment with aging your very own batch of whisky. 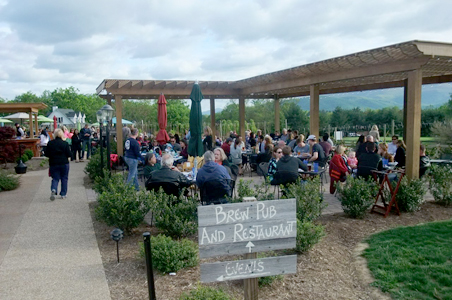 In the heart of Virginia’s Blue Ridge Mountains about 30 minutes from Monticello, is Nelson County route 151, home to a number of breweries and wineries. Blue Mountain Brewery, Virginia’s first countryside brewery, hop farm, and tasting room serves ten hand crafted brews on draft every day along with a full menu of beer-friendly local food. The locally made bratwurst, caramelized onion, apple, and mozzarella pizza with a balsamic reduction is perfectly complemented by their sour devil imperial stout. A family-friendly spot, the outdoor seating with views of the idyllic countryside are hard to beat.

Insider Tip: Try a flight of all 10 beers to discover which you like best. 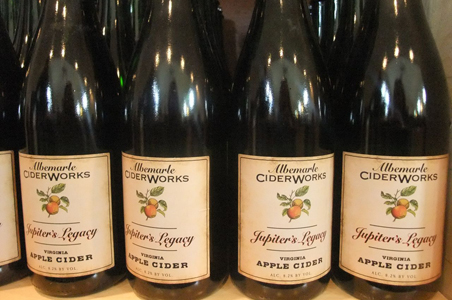 Hard cider was "everyman’s drink" from Colonial days until the mid 19th century. Today cider makers like the Shelton family of Albermarle CiderWorks in Virginia’s Piedmont region are preserving heirloom apples and using them to make a variety of fermented and non-pasteurized apple ciders. Albemarle CiderWorks produces up to seven different bright and dry varieties all of which you can try in their tasting room for just a $5 fee.

Insider Tip: The Shelton family also operates Vintage Virgina Apples, a nursery and apple orchards, and during the season you can buy apples for eating or cooking in addition to bottles of cider. 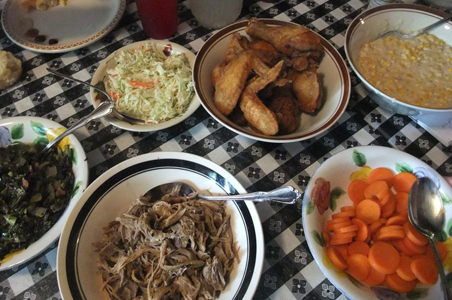 Built in 1928 as a general store and country road house this large black and white log cabin listed on the National Register of Historic Places and VA Landmarks Register serves up home cooked meals, family style. The "ordinary" in Tanglewood Ordinary indicates it’s a tavern with priced fixed meals. The menu varies, but count on crisp fried chicken, country ham, pot roast, macaroni and cheese, greens cooked with bacon, green beans, mashed potatoes, cornbread, and biscuits plus endless pitchers of iced tea. The food is hearty and satisfying and the setting casual with gingham tablecloths and old time-y memorabilia. It’s about 40 minutes outside of Richmond.

Insider Tip: While the portions are huge and it’s "all you can eat," do save room for traditional desserts like homemade apple cobbler and buttermilk pecan pie.

Amy Sherman is a San Francisco–based culinary travel writer and cookbook author. She has written for KQED, Frommer’s and Epicurious and is a contributor to Cheers and Gastronomica magazines. She is also a scout for Citysearch, covering new and notable restaurants. Follow her @cookingwithamy