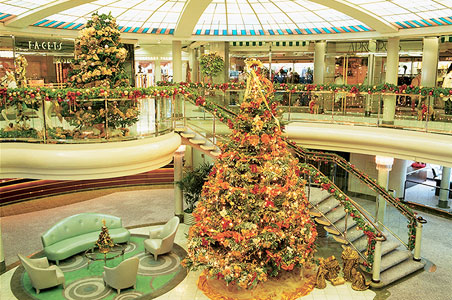 ‘Tis the season to be jolly! Well, okay, maybe not just yet but if you’re considering booking a Christmas voyage with your friends and family for 2013, now is the time to act. While many staterooms have already been snatched up by up the overachievers (er, other travelers), there is still some availability on fantastic cruise itineraries during Christmas week. Cruise lines tend to go all out for the holidays and Christmas—with all its festive decorations and music and decadent seasonal treats—gets the lion’s share of attention.

Get the Low Down

For many families, going on vacation at Christmastime just makes sense—especially if several family members have to travel to the holiday gathering anyway. Going on a cruise instead of visiting someone’s home means you aren’t saddling one family member or friend with all the preparations, cooking, and hosting. Everyone can relax and enjoy.

Holiday cruises are also a fantastic option for people who live near an embarkation port like New York City, Miami, Fort Lauderdale, Port Canaveral, Jacksonville, Galveston, or New Orleans. There’s no need to bother with booking flights, just drive to the port and leave your car in short-term parking.

What’s so Special About a Christmas Cruise? 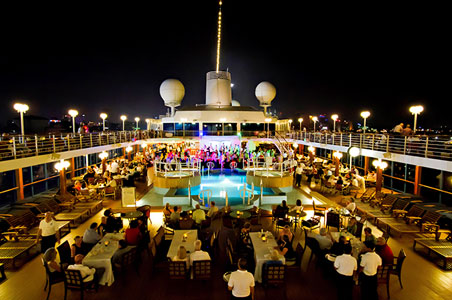 Cruise ships deck the halls—literally—with decorations like holly and ivy, pine wreaths and garlands, and mistletoe. Elaborate Christmas trees can be found in atrium lobbies and restaurants, and unique seasonal décor—like intricate gingerbread houses or mini train sets—are set out for visitors to ogle.

The entertainment staff stages theatrical shows for the season as well as scheduling fun activities like Christmas music concerts and caroling sessions.

For those most interested in holiday culinary delights, most cruise lines offer traditional Christmas Eve and Christmas Day dinners as well as themed buffets and treats—like decorated cookies, hot chocolate, and mulled cider.

You can sail just about any corner of the globe at Christmas but the Bahamas, the Caribbean, Mexico, and the rivers of Europe are the prime spots. The warm weather and convenience embarkation ports for Bahamas, Caribbean, and Mexico cruises draw many travelers. If you don’t mind cold weather and a longer commute to the embarkation city, definitely consider a cruise along one of Europe’s majestic rivers like the Danube or Rhine. The main attraction of these river cruises are the stops along the way to visit the famous Christmas markets of Europe.

Ports: Budapest to Prague with calls on Christmas markets in Vienna, Germany, and Hungary

Ports: Zurich to Vienna with calls on Christmas markets in Germany, France, and Austria

Ports: Frankfurt to Nuremberg with calls on Christmas markets in Germany