News Apeksha Bhateja What Are the Chances You'll Get Monkeypox at a Hotel?
NewsTop 8 Destinations in Oscar-Nominated Films 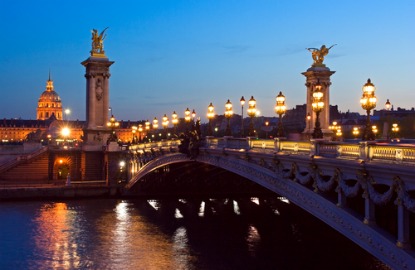 A really good film will take you places, sending you not just on an emotional or intellectual journey, but also transporting you to the film’s locale, thanks to its strong sense of place. From this year’s list of Academy Award-nominated films, travel takes a front-seat view, transporting you from the Hawaiian tropics to small-town Mississippi, and from exotic Bangkok to the old train stations of Paris and London. Read on for a roundup of some of this year’s most transporting film locations.

Based upon a novel by Brian Selznick (The Invention of Hugo Cabret), this 3D fantasy film, directed by Martin Scorsese, spins the tale of a boy—the nephew of a clock repairman—who lives in a Paris railway station during the early 1930s. While the movie depicts 1930s Paris, many scenes were actually shot in England, including the Victoria and Albert Museum (in London) and the Peterborough train station (in Cambridgeshire). Paris’ Théâtre de l’Athénée and Bibliothèque Sainte-Geneviève (at the famed La Sorbonne) also make appearances. While there is a stark contrast between 1930s Europe and what you will find today, as evidenced by the characters’ attire and mannerisms, the art and architecture displayed in this movie remain unchanged.

George Clooney’s character Matt King—who cares for his two daughters after his wife falls into a coma—may visit the fictitious Ocean Outrigger Club (which strongly resembles Outrigger Canoe Club near Waikiki Beach), but other real-life film venues can actually be visited, including the Tahiti Nui, a bar in Hanalei on Kauai, or the Hawaii Pacific Institute. The Descendants overall authenticity wins us over with its traditional Hawaiian music, quilted Hawaiian bedding in the characters’ bedrooms, and law office scenes depicting business folks outfitted in Hawaiian shirts and sandals—not to mention the landscape shots showcasing Hawaii’s lush green hills and rolling fogs.

Although modern touches have updated this Southern town to look slightly more 2012 than the film’s early-1960s setting, there are still plenty of encounters awaiting with open fields, plantation-style homes, and warm hospitality. Most scenes were filmed in Greenwood, Mississippi, but Brent’s Drugs, the Mayflower Café, and the state capitol building—all in Jackson—do appear in the movie. The Fairview Inn has even put together a special "The Help" package to help fans of the movie experience a deeper connection to the region.

A film set in Paris is a sure bet for winning over romantics, but what Woody Allen also does is dial it back several decades (to the 1920s, precisely) with Owen Wilson’s character Gil Pender repeatedly traveling back in time at the stroke of midnight. Through visits to bars and lounges, and conversations with notable artists and writers, the timeless nature of Paris is slowly unveiled, even in the film’s 2010 setting. Later scenes—in the1890s Belle Epoque period— feature some attractions that have carried over to contemporary times, too, such as Maxim’s Paris and Moulin Rouge. Also among the modern-day spots depicting times of yore: The Puces de Paris Saint-Ouen (Paris’ oldest flea market), the Montmartre neighborhood (including the Sacre-Coeur), and the Palace of Versailles.

Starring Ewan McGregor as Oliver, Beginners is the artsy tale of a young man struggling with his father’s recent death while also dating Anna, a French actress with father issues of her own. For fans of modern-day Los Angeles, this movie takes you there, with scenes shot in the Biltmore Hotel, LACMA Museum of Modern Art, and even a little taco trailer called Tacos Arizas. Elysian Park, a favorite jogging spot for Angelinos, is also featured.

Any seasoned traveler knows that Thailand isn’t all about the beaches. And even though this is a guys’ film, the cast—including Bradley Cooper, Ed Helms, and Zach Galifianakis—goes beyond the booze to unearth tourist-ready spots in or around Bangkok like Phulay Bay Resort, a Ritz-Carlton property in Krabi; Chinatown (along Soi Plaeng Nam); Sirocco restaurant (high up in the Lebua at State Tower, a luxury hotel); and Chiang Mai (a Chinese temple with plenty of room to roam). Anticipating more travelers to Bangkok after viewing this comedy film, Lebua rolled out a special package related to film, whereby fans can bunk for two nights in "The Hangover Suite," which has three bedrooms, a stocked minibar, and plenty of space to party with your buddies.

The Girl with the Dragon Tattoo

This may be a dark thriller, but it still manages to evoke Stockholm, where much of the film was shot. Based upon the crime novel by the late Swedish author Stieg Larsson, and the first book in a popular trilogy, it’s the story of a political magazine’s publisher (played by Daniel Craig) who loses a libel case and devotes the next segment of his life to learning what happened to a girl who went missing 40 years ago. Travel to Stockholm today and you can plant yourself into scenes plucked from the film’s action sequences like the Stockholm courthouse, the Mariatorget neighborhood, and the Hofsta Säteri estate (known as the Vagner compound in the movie).

If you’re tired of the traffic, smog and materialism of contemporary Hollywood, the Hollywood of 1927 never seemed so breathtaking. Fortunately, some of the places depicted in this film haven’t met a bulldozer, like the Million Dollar Theater in downtown Los Angeles, and other equally historic nearby theaters like the Los Angeles Theatre and Orpheum Theatre. In addition, downtown’s Cicada, an old-school Northern Italian restaurant, sports a 1920s Art Deco flair that made it a perfect choice for its inclusion in the movie.