Beaches Kaila Yu Do You Enjoy Visiting Hawaii? You Should Pay a Fee
Home  >  News   >   Top 6 Things to Know About Travel with Kids

Top 6 Things to Know About Travel with Kids 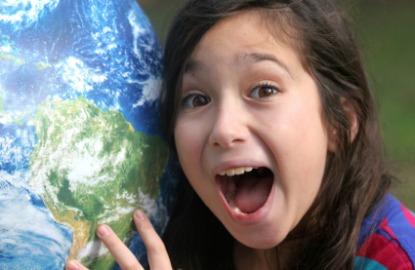 While improvisation is often the key to success when traveling with kids—as things don’t always go as planned even if you nail down every last detail— there are ways to increase your chances for smooth sailing both before and during a trip. We spoke with L. Jasmine Kim, general manager of Travel-Ticker, and parent on-the-go, to get her best advice on creating a fantastic family vacation.

Plan Ahead and Pick Shoulder Season

In general, last-minute trips are harder to swing than those booked in advance. And the best time to travel with kids is during a destination’s shoulder season, when you’re likely to get better value and other perks.

“Not only are there great deals to be had,” Kim said, “but it’s less crowded, [and there are] fewer lines at destinations or attractions. I also think that people at the hotels and at the airlines are more accommodating for you. They’re more patient, I think.”

Choosing an apartment in a convenient neighborhood over a hotel has multiple benefits—especially for vacations in Europe. Finding a place that has a kitchen and two full bathrooms, an elevator, a 24-hour market and pharmacy nearby, and is within walking distance of a park and public transit are a few things to look for. Hotels are usually in touristy areas far from day-to-day necessities locals have where they live. And while a concierge can make last-minute arrangements and room service can bring you meals at all hours, it often comes at a steep price.

“I need a kitchen,” Kim said, “because when my son says ‘Mommy, I’m hungry,’ and wants buttered pasta at two in the morning, I do not want to wait 30 minutes and I do not want to be charged $40 for a bowl of pasta and butter.”

Look for All-Inclusives and Consider Cruises

Dealing with things like hotel transfers, breakfast, and tipping can be overwhelming when traveling with kids—especially if they’re really young. And so looking for ways to cut down on the number of details to take care of can really save time and energy.

“Travel should be just fun and inspirational,” Kim said. “And the modern age and modern parenting has made it such that [with] all the logistics, it’s just hellacious. Let somebody do that for you, all that stuff that you don’t really want to deal with when you’re traveling with children because you want to focus on being with them, and really enjoying the destination.

Kim said that she hadn’t been on a cruise until after she had children, and that opting for a cruise vacation makes sense because your kids are catered to from the moment you step aboard.

“There’s childcare, which is nice,” Kim said, “[and] they have unbelievable, amazing meal options. You have everything from formal sit-down restaurants to places where you can go and it’s an all-day buffet.”

Find Books and Movies About the Destination

Kids are usually game to see new places and have new experiences, but you can get them even more invested by sparking their imagination with images and stories about where you’re headed. Giving them context builds excitement in advance, and manages their expectations—which means they’re less likely to have meltdowns.

“We’re big on watching movies,” Kim said. “I think it’s really great to get the kids into the mood.”

And for younger children, buying picture books that feature the destination is your best bet.

“If you’re going to Paris,” Kim said, “read Madeline, cause there’s pictures and themes about the Eiffel Tower and Notre-Dame that they can get excited about.”

Make Everything a Game

Overscheduled kids need a break from their lives just like adults do on vacation, but there’s merit to creating goals while on a trip that relate to the destination. It’s one more way to keep them interested, and also makes them a little more independent. Giving them a guidebook to follow with an objective is one option, and making up a game involving a destination’s sites and culture is another.

“We always go to Paris for Thanksgiving, “Kim said, “and my kids are in middle school and grade school, so for every major monument they could name, they got a point. The first person to 20 points got two euros.”

Providing kids with experiences on vacation that relate to their lives at home makes a place real as opposed to something they read about online or in a text book. Traveling to destinations they’re studying in school allows them to gain first-hand knowledge that will stick in their minds long after the trip is over.

“Treat the trip as an opportunity for teachable moments,” Kim said. “I use traveling as what I call ‘edutainment.’ My daughter learned all her conversion metrics traveling. I think that education and learning is a lot more relevant if you make it about everyday life.”