Look to your travel personality to choose the best high seas vacation, whether you’re a family unit looking for a virtual floating fun park or a couple of die-hard foodies. We waded through countless cruises to help you find your perfect fit. We looked for lavish extras, great value, romantic touches, thrilling activities, and double checked that the basics were topnotch, too. Here are the best cruises to book now. 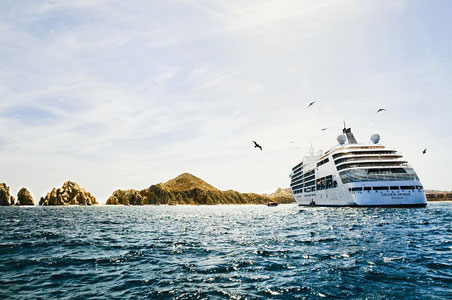 The Cruise Line: Silversea Cruises sweeps the luxury competition aside, thanks to a polished fleet of intimate all-suite ships; white-glove service (with a nearly one-to-one staff-to-guest ratio and personal butler service for all guests); gourmet cuisine; diverse itineraries spanning the seven seas; and truly all-inclusive onboard extras (including free-flowing libations and staff gratuities). 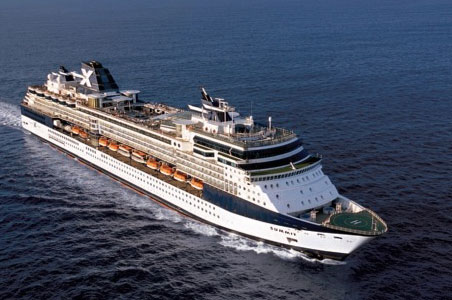 The Cruise Line: Celebrity Cruises‘ hip class of Solstice ships feel like upscale boutique hotels at sea, with sleek spaces, generous onboard diversions, quality dining venues, and contemporary and spacious digs. The company has invested $140 million in "Solsticizing" older ships too, updating many of them the most popular and plush Solstice features. Best of all, the rates to nab a cabin on Celebrity’s premium ships are only slightly higher than more mass-market cruise products like Carnival or Royal Caribbean.

Best Value Itinerary: Set sail on 7-night Southern Caribbean sailings out of San Juan, Puerto Rico, this winter (embarking on eight dates between January and April 2013). Cruise aboard the 2,158-passenger Celebrity Summit, a recently "Solsticized" ship. The sailings really pack a punch with their best-of-the-Caribbean port-intensive itineraries, including calls in St. Croix, U.S.V.I.; Basseterre, St. Kitts; Roseau, Dominica; St. George’s, Grenada; and Charlotte Amalie, St. Thomas. Just be sure to factor in the cost of airfare to get there. 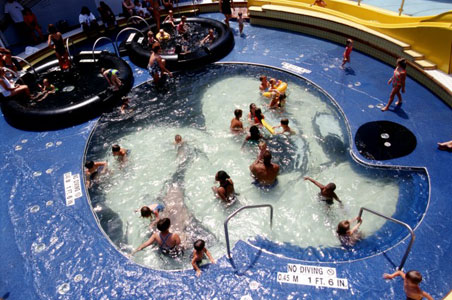 The Cruise Line: Disney Cruise Line is designed with the whole clan in mind, with family-friendly itineraries on ships touting spacious staterooms equipped to accommodate kids, Disney-inspired decor and programming, and themed dining experiences (like an interactive animation dinner show). Expect onboard diversions like first-run Disney flicks, Broadway-style productions, plenty of pools and waterpark features, ample children’s programing and facilities (including teen’s clubs and, a rarity for the industry, nurseries for tots as young as 3 months), Disney character appearances, and even the occasional fireworks display. Plus, for parents in need of a grown-up escape, adults-only pool, bar, and dining areas. 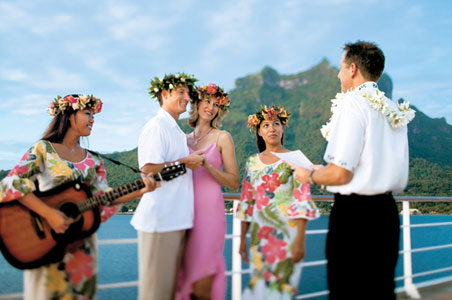 The Cruise Line: Paul Gauguin Cruises sails to the remote tropical shores of French Polynesia, a region that ranks supreme for romantics looking for paradise. Sail the South Pacific in an atmosphere of laidback luxury, whiling away days on white-sand beaches, snorkeling and swimming in tropical waters, and savoring frothy cocktails at sunset. Candlelight dinners aboard, couples massage in the spa, and complimentary amenities for honeymooners (like a Polynesian blessing ceremony) round out the romance-inspiring offerings.

Best Couples Itinerary: The 332-passenger Paul Gauguin, fresh from a $7 million renovation, is regularly rated amongst the world’s best small cruise ships. Sail the 7-night “Tahiti & the Society Islands” sailing with port calls in Bora Bora (where the cruise line has a private beach), Tahiti, Moorea, the cruise line’s private islet off the coast of Taha’a, and beyond.

Sailing dates available year-round; reduced early-booking 2013 rates start from $3,995/person and include extras like beverages (including wine and spirits) and watersports—book now for free roundtrip airfare from LA. 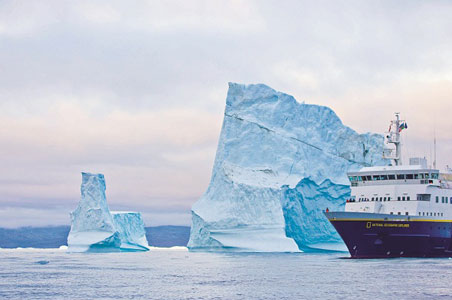 The Cruise Line: Small-ship adventure- and enrichment-focused Lindblad Expeditions works in partnership with National Geographic to bring travelers to some of the world’s most remote and exotic destinations (the Arctic, Antarctica, or the Amazon). Expect a team of naturalists, marine biologists, historians, and/or photographers aboard to act as expert guides and lecturers; up-close nature encounters via Zodiak and kayak tenders; and active excursions focused on hiking, snorkeling, and more.

Best Adventure Itinerary: Explore little-trodden reaches of the High Arctic with a 14-night sailing to the fjords of Greenland, ice floes of Baffin Island, and untouched-by-tourism villages of the Canadian Maritimes. Keep an eye out for polar bears, whales, and walruses, along with icebergs and glaciers, while sailing aboard the 148-passenger expedition vessel National Geographic Explorer.

Embarks August 24, 2013; rates from $13,470/person, including shore excursions—book by December 31 to receive a complimentary charter airfare (valued at $1,200/person) from Ottawa to the embarkation point in Greenland. 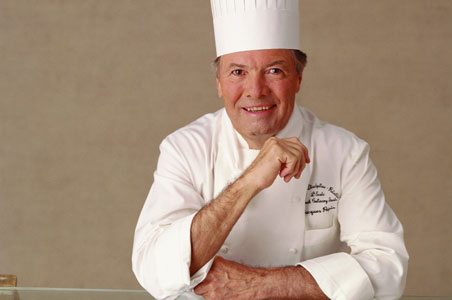 The Cruise Line: Upscale Oceania Cruises serves up epicurean adventures at sea, with ships equipped with topnotch dining venues, driven by celebrity chef Jacques Pépin. The line’s latest ship, the Riviera, was purpose-built for a foodie clientele, featuring a hands-on cooking school, the Bon Appétit Culinary Center; no fewer than 10 dining venues (eight of which are included in rates); and special culinary-focused excursions. Try Toscana for topnotch Italian, the Polo Grill steakhouse for juicy steaks, Jacques for French bistro fare, or Red Ginger for Pan-Asian flavor.

Embarks September 19, 2013; early-booking 2-for-1 cruise fares start from $4,199/person after discount, with airfare included from 26 U.S. cities—book by December 31 for promotional rates. 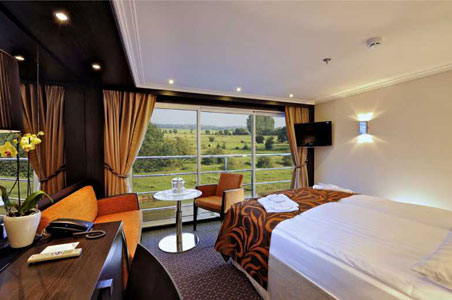 Best River Cruise Itinerary: Sail the 7-night “Romantic Rhine” itinerary—the line’s most popular offering—and take in sweeping castle- and vineyard-speckled panoramas along one of Europe’s most storied rivers. Cruise aboard the soon-to-launch, 128-passenger Artistry II, between Amsterdam and Basel, Switzerland, taking in stops in numerous German Rhineland settlements (including a trip into the Black Forest) and in the Alsatian region of France.

Weekly sailings run from April through October 2013; rates start at $2,229/person, including excursions and wine and beer with meals—book by November 27 for early-booking reductions.