Coronavirus Leila Najafi Want to Stay in Costa Rica for Over a Year? A New Law Might Help You
Home  >  News   >   Conrad, NoMad, and The Out Coming to New York City this Winter

Conrad, NoMad, and The Out Coming to New York City this Winter 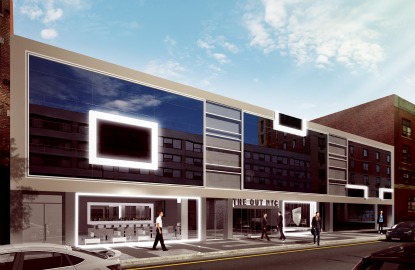 With New York’s first Hotel Week kicking off tonight, we’ve been thinking about the dozens of properties due to open in 2012. Three on our radar will open this winter in Battery Park, Midtown South, and Hell’s Kitchen. Expect great opening rates, top toque restaurants, and fantastic skyline views.

We’re really excited to see the debut of New York’s first, ultra-stylish Conrad—now accepting reservations starting February 1—located in Battery Park City, right next to Hudson River Park. The 463 luxury suites will be two rooms each, totaling a spacious 430-square-feet, and will feature two flat-screen TVs, WiFi, and espresso machines. Two restaurants are in the works—a Mediterranean eatery called Atrio, and a new outpost of Danny Meyer’s BBQ joint, Blue Smoke. The only thing that’s bumming us out is that we’ll have to wait until the weather warms up to fully enjoy the sure-to-be fabulous rooftop terrace with skyline views.

The location of this Parisian-inspired property can’t be beat, as it sits in the heart of the city’s hottest hotel area, north of Madison Square Park. NoMad will have 168 guestrooms—all with views of the Empire State Building and the Flatiron Building—as well as a glass-roof atrium restaurant run by the culinary masterminds behind top-notch Eleven Madison Park. An exact date hasn’t been set for when the hotel will start accepting reservations, but we’ve been told the early 2012 opening date still stands.

The city’s first gay hotel—being touted as an "urban resort"—The Out NYC is due to open in Hell’s Kitchen on March 1, and is already accepting reservations. With rates starting at $250 a night, the 105-rooms range from luxury suites to hostel-style, four-person "sleep shares" rooms, outfitted with private bathrooms, a full-sized bed, cubbies for stashing your stuff, and a TV. But trust us, even with a suite, you won’t want to spend too much time in your room. The common areas include a sun deck, an indoor garden, and an outdoor Great Lawn for games and events.

For the most up-to-the-minute recommendations, planning information, and more, check out our online travel guide to New York.

Photo credit: courtesy The Out NYC.