If you’re the type who doesn’t get energized until the sun goes down, you’ll love the after-dark atmosphere and legendary nightlife of these dark star cities. 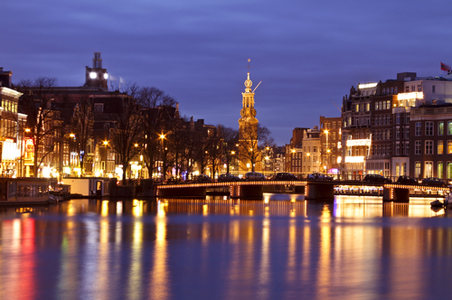 Canal-lined Amsterdam is adorable by day, but after dark it’s Europe’s enfant terrible. Sample the hedonism or simply ogle it from the fringes.

Photo-Ops: For serenity, the multiple arches of Seven Bridges at dusk; for stimuli, the lively lights of Leidseplein.

Night Sites: The infamous Red Light District is a tourist curiosity overrun with drunken young men. Instead, go local at Leidseplein’s and Rembrandtplein’s café bars, dance clubs (such as Trouw and Jimmy Woo), and music festivals. 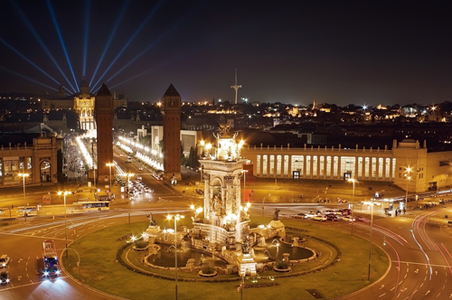 In Spain’s second largest city it’s considered amateurish to eat dinner any earlier than 10pm—enough said. Barcelona is also home to both Art Nouveau and modern architecture that is uniquely stunning post-sunset.

Night Sites: Begin in the Barri Gòtic, where you can casually stroll amid buzzing tapas bars and music clubs, and continue on to Eixample along see-and-be-seen Passeig de Gracia for more sophisticated clubs/lounges.

Snooze: Hotel Omm (home to a hot nightclub), from $240/night; and Hotel Casanova (with a street-level lounge and rooftop bar), from $230/night. 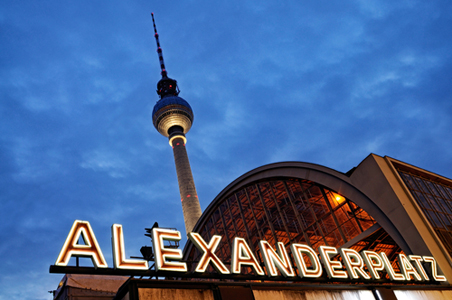 Over the past two decades the capital of reunified Germany has reinvented itself by attracting young people, especially artists. Berlin comes alive at night, shedding its workday efficiencies for a club scene that’s edgy, sexy, and avant-garde.

Photo-Ops: For contrast, the late ’60s Berlin TV Tower illuminated behind the circa-1905 Berliner Dom; for enchantment, tree-lined Unter den Linden lit up during the Festival of Lights.

Night Sites: Head to the neighborhoods of Mitte and Kreuzburg to enjoy everything from DJ-spun house and techno (at Watergate) to indie and disco (at Cookies). Finish at Weekend to watch the sunrise from the rooftop terrace. 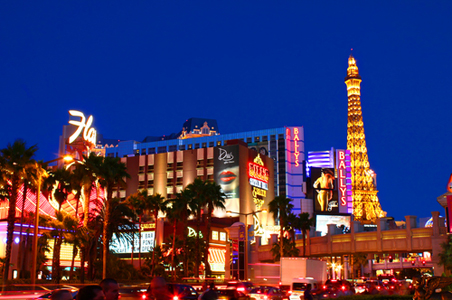 It’s all about the neon in over-the-top Las Vegas where the darkness outside has a quivering glow and the action (and lack of clocks) inside make time pretty much irrelevant.

Photo-Ops: For nostalgia, the classic “Welcome to Las Vegas” sign; for perspective, the view from Mix Lounge atop Mandalay Bay.

Night Sites: Hit the Strip, lined with dozens of hotel casinos, each flashier than the next—especially the section from The Cosmopolitan to The Venetian. Then head for a celeb-chef eatery and later a hot club, like Tryst (in the Wynn), XS or Surrender (in the Encore), Marquee (in The Cosmopolitan), or Hyde (in the Bellagio).

Snooze: The Cosmopolitan (hip, new, and playfully naughty), from $190/night; and Encore (soon-to-be home to two nightclubs), from $309/night. 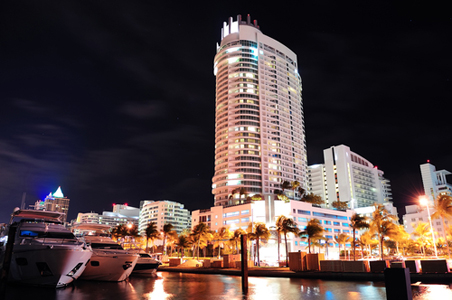 Night Sites: It’s all about people watching on Collins and Ocean, where hotels that seem sleepy by day come to life around midnight with indoor/outdoor lounges such as Hyde Beach (at SLS) and Wall (at W South Beach), while the techno club scene hums on Washington Ave. 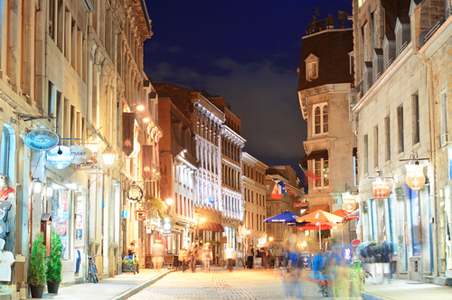 This French-speaking city in Quebec loves its summer festivals—jazz, comedy, beer, fireworks, and more—meaning nights from June to October are très lively. And its liberal adult entertainment laws make Montreal popular for bachelor and bachelorette weekends. 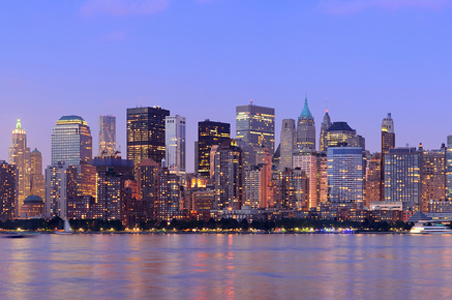 It earned the nickname “the city that never sleeps” for a reason. The party vibe in New York spans neighborhoods and age groups, although it always helps to be energetic and well dressed.

Photo-Ops: For Zen, the city skyline from rooftop Ides bar at Hotel Wythe in Williamsburg; for a rush, a wide-angle shot in Times Square.

Night Sites: Times Square is for tourists, so just snap some pix and then get downtown—to a rooftop lounge (like Le Bain or La Piscine) or dance club (Cielo or Sullivan Room) in Chelsea, the Meatpacking District, or the Lower East Side, or even over the bridge in Williamsburg. 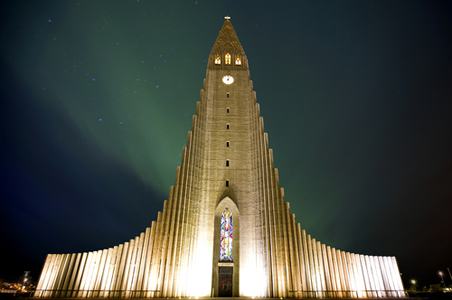 Icelanders know how to party, which is amply evident the minute the sun goes down (or doesn’t, as is the case from mid-June to mid-July, when the midnight sun casts everything in a golden dusky glow) and the clubs on or near Reykjavik’s Bankastraeti (Bank St.) fill to capacity.

Photo-Ops: For surreal effect, the steamy Blue Lagoon; for sheer drama Hallgrimskirkja church, which looks like a space shuttle ready for lift-off.

Night Sites: As the sun hovers over the horizon, take a midnight stroll along the harbor before club hopping as the city’s cafes and bars (such as Café Oliver and B2) transition into all-night drink and dance venues. 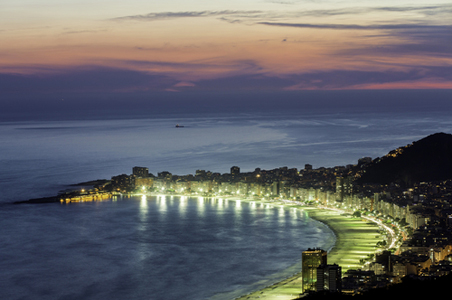 You don’t have to be “The Girl From Ipanema” to have fun in Rio de Janeiro, but it does help to be tall and tan and young and lovely—and somewhat wealthy. At any age, this intoxicating city parties hard at night.

Photo-Ops: For a stunning panorama, take the cable car up to Sugar Loaf at sunset; for a moon-on-the-water shot, hit the rooftop of Hotel Fasano.

Night Sites: Techno and hip-hop are on tap at the large clubs along Copacabana, Ipanema, and Leblon (like Baronetti), while samba and other Brazilian styles predominate in the warehouses-turned-clubs of historic Lapa (think Rio Scenarium). 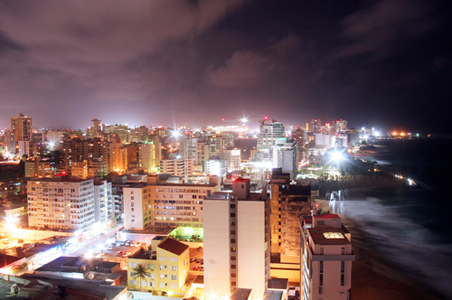 With its Spanish-colonial architecture and abundant beaches, San Juan is one of the Caribbean’s must-see cities by day…and as salsa music fills the air it gets even more magical at night.

Night Sites: Start the evening like a local by sipping a mojito while people watching in open-air La Pacita de Santurce (Thurs-Sun). If you’re seeking atmospheric salsa clubs head for Old San Juan, while the resorts along Condado and Isla Verde beckon with bars, lounges, and casinos.