News Apeksha Bhateja What Are the Chances You'll Get Monkeypox at a Hotel?
NewsToday’s Top Headlines: May 9, 2012 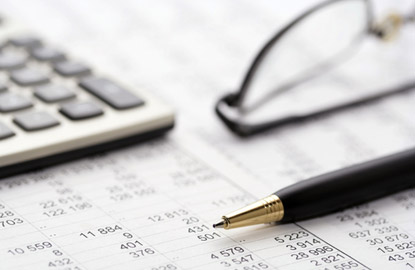 It’s time to learn how to use an iPad, cause if you haven’t, orangutans in Miami have already beat you to it. Disassembled gun parts were found in a kid’s stuffed animals at an airport; Brazilians with gastric bands get to pay half; a Russian jet has disappeared in Indonesia; and Las Vegas is testing new robot-driven cars (kind of). Here are our top headlines today.

Orangutans use iPad to communicate at Miami zoo.

Can your eight-year-old twins do this? Two orangutan twins at Miami’s Jungle Island zoo are using iPads to draw, play games, and communicate. The zoo has been notably experimenting with technology, like teaching apes to use computers and this project that has let six orangutans use iPads. It helps the zoo monitor their health, as well as bridge the gap between them and humans. Linda Jacobs, the head of the program says, "Our young ones pick up on it. They understand it.. Our two older ones are just not interested." {Associated Press}

File this under "not going to end well." A four year old boy traveling with his father at the Rhode Island Airport put three stuffed animals (Mickey Mouse, a bunny, and a teddy bear) onto the security conveyor belt only to find that each had been stuffed with disassembled gun parts. The father maintains he did not know about the gun parts (which, when assembled, would have been a loaded handgun). The airport’s police chief Leo Messier says, "It appears to be the result of a domestic dispute." {CNN}

Obese Brazilians that get gastric bypass surgery to pay half for meals.

Campinas, a Brazilian town outside of Sao Paulo, has announced new legislation this week that would let diners who’ve had gastric bypass surgery (and can prove it) pay half price in restaurants. The law is based off the proposal that with a gastric band a person’s stomach is smaller and asking them to pay the same amount as someone with a normal sized stomach is unfair. No word on whether restaurants will just serve them half the amount of food. {Daily Mail}

An airliner carrying 46 passengers lost contact with air traffic control in Indonesia this morning during a demonstration flight. Among the passengers on board were diplomats from the Russian embassy, potential buyers from Indonesian airlines, and journalists. The flight took off from Jakarta’s Halim Perdanakusuma Airport at 2 pm local time and disappeard, or "fell" from the sky, near Mount Salak in West Java. So far, there is no trace of the plane. Okay, conspiracy theorists, have at it. {MSNBC}

Nevada and Google know what the people want. The people want self-driving cars. Nevada has just issued the first autonomous vehicle license in the US (for testing only) to Google, which will test adapted Prius’s on freeways and in neighborhoods around Carson City and the Las Vegas Strip. {LA Times}

New reason to definitely pay your taxes: the IRS might be able to take your passport if you don’t.

There are many ways for the IRS to collect back taxes, but they’ve thought of a new one that has already passed the Senate. They’re now vying for the power to revoke or suspend your passport, as well as deny your application for renewal and even withhold approval for a first time applicant. This move would apply to any citizen who owes back taxes of more than $50,000. {San Francisco Chronicle}