News Sorrel Moseley-Williams The New President of Chile Has Chosen a Very Unusual Place to Live
NewsToday’s Top Headlines: May 25, 2012 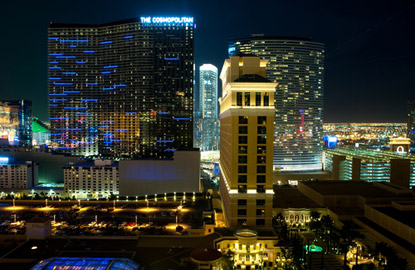 We’re mere hours from officially kicking off summer this Memorial Day, but there’s still plenty to take in today. Dr. Beach unveils his pick for the country’s best beach for 2012; foreigners told to cover up in the UAE; London’s swank The Berkeley Hotel is now offering synchronized swimming classes; a plane door fell off and ruined someone’s golf game; and Top Chef Masters announces the location for Season 4. These are the stories that we’re reading this morning.

Stephen Leatherman, otherwise known as Dr. Beach, has revealed his list of the 10 best beaches across the country for 2012. Cape Hatteras in the Outer Banks ranked 10th, Hamoa Beach in Maui sits at the 5th spot, and San Diego’s Coronado Beach beat them all to be ranked number 1. {MSNBC}

Campaign in the UAE demanding foreigners to ‘dress modestly.’

After seeing a foreigner wearing very short shorts in a Dubai shopping mall, Asma Al Muhairi has started a campaign "to persuade expats and tourists to dress more modestly." She started her campaign through a Twitter hashtag (#UAEdresscode), and while it’s not illegal to wear revealing outfits in the UAE, shopping malls do have policies stating that knees and shoulder should be covered. {CNN}

The main cabin door of Canadair CL60 fell off yesterday, landing on a golf course in South Florida. It just so happened that the incident took place on one of the two days of the year that the course is closed for maintenance. The plane was bound for Pompano Beach, but was diverted to Fort Lauderdale. No injuries were reported. {Huffington Post}

There’s a lot going on right now in London (what with that whole Diamond Jubilee and the Olympics coming up), and it seems that The Berkeley was feeling a little left out. So in honor of the Olympic games, they have announced that they’re now offering synchronized swimming classes that end with the performance of "a complete routine following the 90-minute lesson." They run £125 per person. {HotelChatter}

‘Top Chef Master’s has announced that Season 4 will be set at the luxe, sleek The Cosmopolitan resort in Las Vegas. The season will kick off with a premiere party at the Boulevard Pool on July 25. This year’s contestants include Chris Cosentino, Clark Fraiser, Missy Robbins, Patricia Yeo, and Takashi Yagihashi, among others. {The Hollywood Reporter}