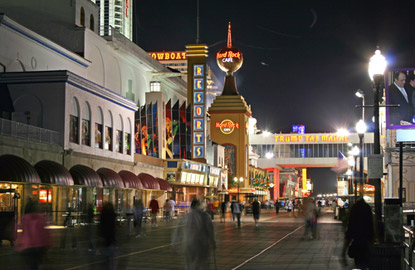 Would you ever take a solar-powered flight? Better question: how many airport check-in desks would you buy at an auction? (We hear they make great gifts.) Two Canadian tourists were stabbed to death in Atlantic City, while a French woman diverts a US Airways flight while asking for medical help from Obama. And we’ve got your new favorite reading list right here. Here’s what we’re looking at this morning.

An experimental solar-powered plane took off this morning in Switzerland for its first flight, bound for North Africa. The jet-sized Solar Impulse will stop first in Madrid, before completing its 1,554-mile journey in Rabat, Morocco. The take off was delayed a few hours due to fog, which pilot Andre Borschberg said the plane was not designed to withstand. {San Francisco Gate}

Plymouth City Airport, in the UK, closes and auctions off all furniture.

You know what your living room is missing? An airport boarding gate kiosk. Well look no more. Plymouth City Airport was shut in December 2011 due to fewer than 100 passengers flying through it per day. Now the airport is auctioning off nearly every piece of furniture inside from baggage carousels to runway vehicles and ticketing machines. {The Telegraph}

Two Canadian tourists were stabbed to death during an apparent robbery in Atlantic City, on a street corner near the Boardwalk. The suspect was charged with murder and weapons possession this week, with a bail set at $1.5 million. The city has been trying to clean up its image, what with new resorts and summer activities, but this unpreventable tragedy mars their efforts. {USA Today}

Get your hands on the best travel memoirs out there.

Not news per say, but as you might expect we are voracious for all things reading and traveling. Biographile recently posted a story highlighting the best travel memoirs around, from "A Year in Provence" by Peter Mayle to "In Patagonia" by Bruce Chatwin. We’re chomping at the bit. {Biographile}

A French, Cameroon-born woman was accused this week of causing a US Airways flight to be diverted to a Maine airport. Speaking only French, the woman gave a note to a flight attendant, along with a book she’d written, saying that doctors had implanted a device in her that was "out of control" and that she wanted "medical help from President Barack Obama and the American people." {Huffington Post}