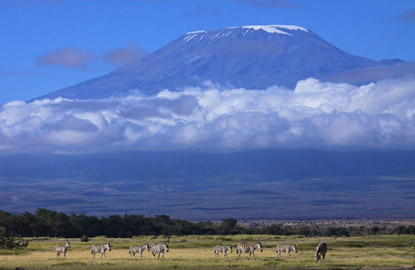 Berlin’s new airport faces further delays with red-faced embarrassment; Delta, too, is red in the face for overcharging some customers; Steve Wynn found himself a swank NYC apartment in the sky; HomeAway customers were (and maybe still are?) targeted in a phishing scam; and REI thinks it’s high time we all climbed Mount Kilimanjaro. Here’s what we’re reading this morning.

The airport that was set to open in June to unify Berlin was delayed recently, with a prospective new opening date of August 2012. Now, the city’s mayor has announced that the opening will be further delayed until March 17, 2013. The initial delay was due to fire safety concerns, while MSNBC reports that the airport’s technical head of planning was fired for this delay (and continued embarrassment). {MSNBC}

Due to a computer glitch, Delta Airlines reportedly charged inconsistent airfares to customers based on whether or not they were logged in to the airline’s website. They have not yet said how many customers were affected, but the inconsistencies lasted roughly 3 weeks with flights generally listed at higher prices for signed in customers. It was discovered in part by two businessmen booking the same flight side by side, with the signed in computer returning fares of $300 more. {USA Today}

Finally. Hotelier and tycoon Steve Wynn recently bought himself a new pad in New York City. For a cool $70 million, he will occupy the penthouse on the 30th and 31st floors of the Ritz Carlton Central Park with 26 windows overlooking the park, an 800 square foot closet, and 15-foot ceilings. Apparently owning hotels just makes you want to live in one. {Jaunted}

HomeAway recently revealed that their customers have been targeted by a phishing scam "since 2011 that may affect $1 million in transactions in 2012 alone." Saying that their site is "much like the classified ads in the newspaper," HomeAway (which owns VRBO, VacationRentals.com, and 32 other sites) has put many systems in place to try and avoid scams, from extra insurance to a Security Center, but they continue to refuse to reimburse affected customers. {TNooz}

Climb Mount Kilimanjaro with REI and get 20% off.

The dream of climbing Mount Kilimanjaro just got a little closer. REI is offering a six-day trek to the top along the Marangu Route (from Oct 6-14) for 20% off bringing the cost down to $3,599 from $4,399 including accommodations, park fees, guides, porters, cooks, and gear. You have to be an REI member to take advantage of the discount, but that’s just $20/year. Make sure you book by May 28. {LA Times}