Tip of the Week: Explore the culinary traditions of pilchard in Fazana, Croatia 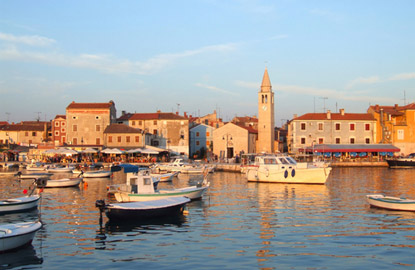 The beaches, islands, and charming enclaves of Croatia have become a hot destination for discerning travelers of late. In fact, Anthony Bourdain recently featured the gastronomic delights of the country on his show Anthony Bourdain:No Reservations. While the capital city of Zagreb and the country’s fantastic beaches are certainly worth exploring, for something a little more off the beaten path, consider the fishing village of Fazana, about five miles north of Pula on the Istrian coast, where summer is a celebration of one of the region’s culinary staples—a small, oily fish called the pilchard, or as you know it, the sardine.

Fishing in Fazana dates back at least to the Middle Ages, and later pilchard, along with anchovy, mackerel, crabs, and lobsters were exported to parts of Europe. So it’s no surprise that the residents of the village prize this piece of their economic landscape, or rather, seascape. Visitors to the village can stroll the "Pilchard road," where restaurants and inns serve pilchard in myriad ways—salted, breaded, grilled, etc. Pilchard park, along the water, features sculptures which represent and interpret the small fish. Clearly, the tiny pilchard is of no small importance.

The town hosts several fishing festivals; in late April or early May, the Fazana Fishing academy "Pilchard" offers the opportunity to learn how to salt the fish properly, or watch as competitors vie for the salting title. In June, the "Sea on the Table" festival highlights the many, many different ways of preparing the fish and is a must-stop for any seafood gourmand.

Also in June, the "Pilchard Festival," the town’s largest, features culinary and cultural events, competitions, and of course, fantastic seafood along the waterfront. In August, "Things That Fishermen Know" celebrates the men who catch the pilchard. While boats fill the port, fisherman invite visitors to learn about the traditional ways in which they make their living, from net-weaving to sea life demonstrations. And remember those salted pilchard from May’s competition? The barrels are opened at this fest, and the best salted pilchard is revealed. To learn more about Fazana and its pilchard events, head to InfoFazana.hr.