Beaches Kaila Yu Do You Enjoy Visiting Hawaii? You Should Pay a Fee
Home  >  News   >   Tip of the Week: New York City’s Museum Mile for Free 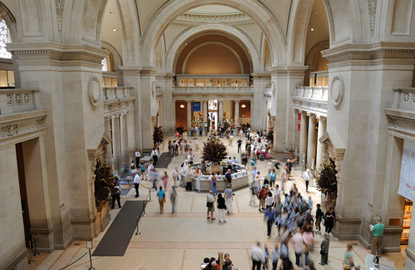 They call it Museum Mile for a reason. Fifth Avenue in New York City is home to one mile of prime museum real estate. The Metropolitan Museum of Art, the Museum of the City of New York, and the Guggenheim Museum—they are among nine (soon to be ten when the Museum for African Art joins the mile later this year at 110th Street) museums that run from East 82nd Street to East 105th Street. And for one evening in June, you can get into seven of them for free.

On June 12, the 34th annual Museum Mile Festival hits the Upper East Side. Beginning at 5:45 pm with an opening ceremony at the National Academy Museum at 89th street and Fifth Avenue, the festival stretches all the way up to 105th Street. Along the way, enjoy a block party atmosphere with art activities like chalk drawing and live model drawing lessons for kids, street performers, and live music. Streets are closed to car traffic during this time, so it’s perfect for an early summer ramble.

With so much ground to cover in a few hours, what is the best way to plan your attack? We reached out to Robin Schatell, Event Director for the Festival, to get her inside opinion:

"I think the idea would be to pick your favorite museum and start there," she says. "Try to get there early to beat the lines." And if you don’t have a particular museum you’d like to see, "just take a walk," says Schatell. "Start from the top to the bottom, or vice versa."