Nothing says “escape” quite like an island in the middle of a vast ocean. Below are five island paradises you’ve probably never heard of, and whose inhabitants probably prefer it that way. With a little ingenuity you can find these places. But once you do, keep it to yourself. 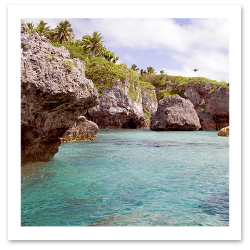 Niue
Where: In the South Pacific, 1,800 miles northeast of New Zealand
Speaks: Niuean, English
Size: Only 100 square miles
Population: 1,492
Back story: Niue is a large atoll that was stumbled upon many years ago by some Tongans, Samoans, and various Pacific Islanders who decided to stay there and create a culture and a language. The missionaries came by in the 1800s, and after the British took over, England “gave” Niue over to the protection of New Zealand. In 1974 Niue got its sovereignty back, though it retains close ties to New Zealand.
Why Go? Niue has clear waters for snorkeling and diving. There’s also an extensive network of underwater caves. Fantastic rock formations twist and turn all along the coast, and the interior is dominated by rain forests. A limited number of hotel rooms means a true island paradise off the beaten nautical path.
A Good Thing To Know: Once forbiddingly named “Savage Island,” today the much friendlier name “Niue” means “Behold, the coconut!”
How To Get There: Generally via Auckland, New Zealand.

Dominica
Where: In the Caribbean, floating between Guadeloupe and Martinique
Speaks: English, Creole
Size: 292 square miles
Population: 72,386
Back story: The last colonized Caribbean island, Dominica regained independence in 1978 after being an English colony since 1805 (after they took it from the French). Dominica is mostly populated by the descendents of the Africans brought over as slaves by the French and British. The island’s northeast coast is home to the last remaining Island Caribs, who once ruled over much of the Caribbean Islands.
Why Go? Dominica is the best-kept secret in the Caribbean, with far less visitors and no major hotel chains. The interior is mostly protected parkland, with hiking and biking trails through the rain forest and mountains that reach up to 4,600 feet. The surrounding waters are great for snorkeling, diving, boating and whale watching.
A Good Thing To Know: Morne Trois Pitons National Park is home to Boiling Lake, a place not for skinny dipping. Water temperatures range from 180- to 197-degrees Fahrenheit.
How To Get There: Airlines do not fly nonstop to Dominica from North America. You can transfer in San Juan to an American Eagle flight. Otherwise you can take a small island-hopper from Antigua, Barbados, or Martinique. There’s also a 90-minute ferry from Guadeloupe or St. Lucia. 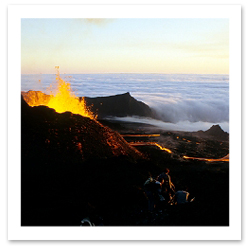 Réunion
Where: In the Indian Ocean, below the equator, about 550 miles east of Madagascar
Speaks: French, Creole
Size: 968 square miles
Population: 777,000
Back story: When French colonists found uninhabited Réunion in the 1640s, they wanted to name it Bourbon, naturallement! In typical colonial fashion, they sailed slaves over from Africa to work the sugar and coffee plantations, and after 1848, when slavery was abolished, laborers were coerced over from Asia and India, which accounts for today’s diverse — though not always harmonious — cultural mix of French, African, Indian, and Chinese influences. Réunion eventually became a “region” of France, a status akin to a territory.
Why Go? Réunion offers a beautiful coast with good surfing, coral diving, sea kayaking, though beaches are not its strongest suit. Dominating the interior are volcanic mountains including Le Pieton des Nieges, which soars to 10,069 feet, and the Piton de la Fournaise, a very active volcano that in April, 2007 sent lava spilling over roads and tumbling down the mountain. Hang-gliding, skydiving, para-gliding, and white-water rafting are popular activities.
A Good Thing To Know: Réunion is home to a few flying foxes, which are not actual foxes with wings, but the world’s largest bats.
How To Get There: Easiest way is to go through Paris, which has direct flights to Réunion. It’s best to go in the dry season, from April through September.

Yap
Where: Yap is one of the Federated States of Micronesia
Speaks: Yapese, Ulithian, Woleian, and Satawalese, some English, some Japanese
Size: 46 square miles over 160 islands and atolls (22 are populated)
Population: 11,200
Back story: People have lived in Yap as far back as 1500 B.C. Europeans, starting with the Portuguese in the 16th century, made Yap a stopping point for trade, and the Japanese took control of Yap in 1919 and used it for an air and naval base during World War II. Yap is best known for its stone money (called rai), which you can’t exactly put in your pocket because it weighs a ton. For most purchases, U.S. dollars suffice.
Why Go? The main island cluster of Yap Island, Tomil-Gagil, Map and Rumung is surrounded by 90 miles of coral reef, and a shallow lagoon stretching far off the shore for tantalizing snorkeling, diving, and kayaking.
A Good Thing To Know: The Yapese are very serious about maintaining traditions, especially in dress. Going around topless is perfectly normal, but women are not allowed to show off their thighs, so bring a wrap.
How To Get There: Yap’s just a hop, skip, and a jump from mainland USA: a hop to Hawaii, a skip to Guam, and a jump to Yap. 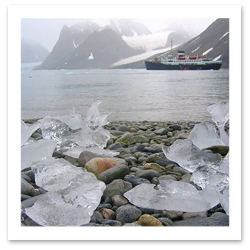 Svalbard
Where: Surrounded by the Arctic Ocean, the Greenland Sea, the Norwegian Sea, and the Barents Sea
Speaks: Norwegian, Russian
Size: 23,559 square miles spread out over several large islands and a number of smaller ones
Population: 2,214
Back story: While discovered by some hardy Norwegians in 1194, Svalbard didn’t see occupants until the 1600s, when Dutch whalers, followed by the English, Danes, Norwegians, and eventually the Russians, saw this as a profitable base for whaling. In the 20th century, Svalbard became a territory of Norway, and mining made Svalbard economically desirable again.
Why Go? The wildlife and the wild views: polar bears, Svalbard reindeer, Arctic foxes, musk ox, whales, seals, walruses, glaciers, sculpted landscapes of ice and mountains, fjords. Summer temperatures peak in the 50s and Svalbard enjoys a few months of the midnight sun.
A Good Thing To Know: The capital is named Longyearbyen, which, contrary to intuition, does not mean “Long year it’s been.”
How To Get There: Fly Scandinavian Airlines to Oslo, then to Tromslo (in northen Norway) then onto Svalbard.