News Apeksha Bhateja Have $340,000 and Want to Vacation in a Survivalist's Paradise?
NewsThree Perfect Days in France’s Bordeaux and Dordogne by Author Martin Walker

Mystery author Martin Walker is often asked by his readers for vacation recommendations in the area where his bestselling series, about a police chief in the Dordogne, is set. Just in time for summer travel, and the launch of his new title, The Crowded Grave, Walker shares his itinerary for an ideal vacation in this picturesque region. 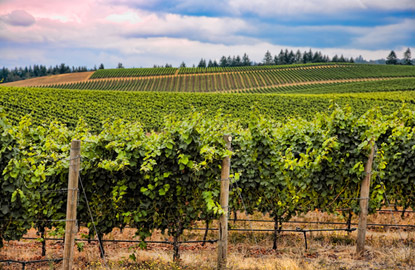 Day 1: Exploring the Wines and History of Bordeaux

Bordeaux was built on wine. Today, the regional wine trade is worth € 15 billion a year and they produce almost 1 billion bottles. In Bordeaux, visit the old wine quarter known as the Chartrons, where the wine negociants built fine houses and where you will find the History of Wine Museum.

Bordeaux’s other must-see sites include the marvelous main riverfront of the west bank, which is like an urban version of Versailles and delightful to stroll along. The Place de la Bourse is sublime and don’t miss the monument to the Girondins in the Place des Quinconces. The Porte Cailhau, the 15th century entrance to the city, has a great view from the top. The Musee des Beaux-Arts, founded in 1801 by Napoleon Bonaparte, is worth a visit if only because of its location in the Palais Rohan (the City Hall of Bordeaux). On Sunday, try the market of Le Marche des Quais (Quai des Chartrons). On Friday or Saturday, the market to visit is Le Marche des Capucins, a covered market.

Other classic sites include Saint-Andre Cathedral, which was consecrated by Pope Urban II in 1096. Eleanor of Aquitaine was married here in 1137. Of the original Romanesque church only a wall in the nave remains. The Royal Gate is from the early 13th century, while the rest is mostly from the 14th–15th centuries. You can also visit Tour Pey Berland (1440–1450), a massive, quadrangular tower annexed to the cathedral. 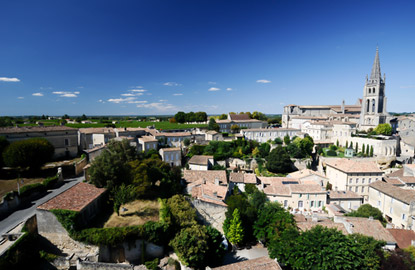 St Emilion is a lovely old town, very good for strolling, and with fascinating underground cellars, quarries and sights and a famous underground church. The tourist office has good advice on visiting local vineyards. The Hostellerie de Plaisance offers excellent food, but is not cheap. I prefer L’Antre Deux Verres, an excellent wine bar with decent food at the foot of the Tour du Roy.

In Monbazillac, visit the delightful Renaissance chateau, with a good café for lunch on a terrace overlooking the Dordogne valley and tastings of the lovely sweet white wine. The Chateau de Monbazillac also does a decent Pécharmant red.

In Bergerac, don’t miss in the heart of the old city, la Maison des Vins. It occupies a splendid piece of 17th century architecture, with the charming Récollets’ cloister named after the Franciscan beggar monks who built a monastery there on the orders of Louis XIII.

For an afternoon of vineyard visits and wine tastings, I recommend Chateau de Tiregand, Chateau Belingard and Chateau de la Jaubertie, but do visit the famous cave of Julien de Savignac in Le Bugue, one of the world’s great wine stores (and the inspiration for the wine shop in my Bruno novel, The Dark Vineyard.) 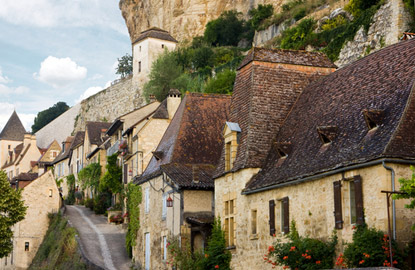 Day 3: Visiting the Castles and Villages of the Dordogne

When showing friends the area, I start in Le Bugue (on Tuesdays, it has the best market in region), take the road to Le Buisson (a good market on Friday) and then head upstream.

Essential stops are the two great castles of Beynac and Castelnau, from which the English and French glowered at each other during the Hundred Years War. Each is worth a visit. Chateau Beynac is where they filmed Joan of Arc, and boys of all ages delight in Chateau Castlenau, with its reconstructed medieval siege machines like mangonels and trebuchets and the chance to don some armor and try a sword fight. The wife of the lord of Castelnau thought the place a bit grim, so persuaded him to build the charming Chateau de Milandes close by. The black American nightclub artiste Josephine Baker bought it in the 1930s and bravely turned it into a Resistance centre in World War II and it’s a good place to visit. We then drive on to the magical village of La Roque Gageac for lunch, and then to the hilltop medieval town of Domme with its great views.

I usually end the tour at the lovely old town of Sarlat where we simply enjoy the charming old town for a few hours. Sarlat is magical, a town whose centre was largely built in the 16th and 17th centuries and has changed little since. They could film another version of The Three Musketeers here without changing anything except for a few modern shop windows.

Where to Eat: The region is famous for its food, but the restaurants can become boring with their endless offerings of the local classics that tourists are assumed to crave. One can tire of foie gras, followed by confit or cuisses de canard and tarte aux noix, all slammed into a menu touristique for 12-16 euros. So these are all restaurants where one can enjoy these traditional local dishes, while also being able to explore other local foods like game and fish. The house wine, sold by the liter or half-liter, is almost always from the Bergerac, and is decent enough.

The best restaurant in the area (my daughter insists I add ‘the world’) is Le Vieux Logis in Tremolat. It’s where I take my wife on birthdays. In the main square is an off-shoot of the Vieux logis, rather cheaper and simpler, called Le Bistro en Face.

In Bordeaux, treat yourself at la Tupina, by the Porte de la Monnaie, for some of the finest pork you’ll ever eat.

In La Roque-Gageac, I am torn between la Plume d’Oie and La Belle Etoile, but to dine on the Etoile’s terrace is a delight.

In Le Bugue, honest French fare in Le Cygne and slightly more ambitious food at L’Abreuvoir. The locals lunch at Oscar’s and the tourists flock to the open-air terrace and the very good pizzas at La Pergola. The croissants at Patisserie Cauet are excellent.

In Le Buisson, the Auberge le Roussel is a real find. Reasonably priced, with simple but excellent food (the vegetable and salads grown in the garden behind the inn), it also offers five modestly priced rooms.

There is good food, reasonably priced, and the extra pleasure of an enchanting shaded terrace in the shadow of an ancient church at la Vieille Auberge up the hill from Le Bugue in Audrix.

Insider Tip: In July and August, one can eat almost every night at a marche nocturne. Tables and benches are placed in town squares and stalls are erected to offer varied dishes from sausages, lamb, and steaks to foie gras and snails, pizzas, salads, bowls of strawberries, and bottle of wine. Some places offer vast barbecues of pork and lamb, and even Indian and Indonesian food, and many offer music of varying quality. The popularity of these events may be peaking. Cadouin used to have one of the best, but the locals stopped it because of the noise and the litter. My favorites are in the villages of Montignac on Monday, Le Bugue on Tuesday, Belves on Wednesday, Sarlat on Thursday, Le Buisson on Friday, and Audrix on Saturday.

Where to Stay: For those wishing to splash out, the Vieux Logis in Tremolat is wonderful. Half board for two is € 360 a night, but for that you get one of the finest dinners in the world. When Henry Miller stayed here, he fell in love with place and wrote about it.

In St Emilion, I recommend the Logis des Remparts hotel (from € 78 per night).

I also recommend for the lower budget the Auberge Medievale in the tiny but pretty village of Audrix, about 5km from Le Bugue, where in May, June and September 2 people can have bed and breakfast in a truly medieval inn for € 40 a night. On Saturday nights in summer, Audrix hosts one of the best night markets. Buy your lamb and steaks and cheese and foie gras and wine from the stalls and eat at the massed ranks of tables and benches provided.

Thinking of a trip to France?

For up-to-the-minute hotel and restaurant recommendations, as well as the best planning advice, check out our France Travel Guide.

Martin Walker is senior director of the Global Business Policy Council and editor in chief emeritus and international affairs columnist at United Press International. His previous Bruno novels, including Bruno, Chief of Police and The Dark Vineyard, were published to international acclaim. He lives in Washington, D.C., and the southwest of France.