Coronavirus Leila Najafi Want to Stay in Costa Rica for Over a Year? A New Law Might Help You
Home  >  News   >   Three New Luxury Safari Camps Open in Kenya

In perfect pitch with the annual Great Migration (from July through November), a trio of safari camps in Kenya has debuted, boasting lots of luxuries—from spas to fine wines—along with intimate access to nature and animals.

During the Great Migration, a staggering number of animals migrate from Tanzania’s Serengeti National Park to Masai Mara National Reserve in Kenya, around 1.5 million wildebeest, 200,000 zebras and Thomson’s Gazelle. 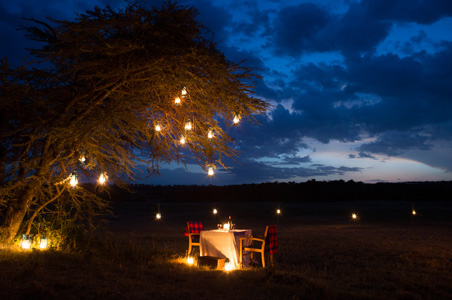 To experience it all, consider a stay at Mahali Mzuri, Richard Branson's second property in Africa within the Virgin Limited Edition collection. (The first is Ulusaba Private Game Reserve, in South Africa.) Open since August, its 12 tented suites—in Swahili, "mahali mzuri" means "beautiful place"—are tucked into the Motorogi Conservancy in the Maasai Mara. Rates start at $580 per person each night, inclusive of all meals, drinks, and daily game drives within two local conservancies. Employees work diligently to shrink guests' carbon footprint, even at the spa, where a line of ethically sourced skin-care product (Africology) are used. Dinners can be had under a main tent, in the bush or in a more private setting.

Then, Speke's Camp is a sibling of Maasai Trails' Jan's Camp, near the Lotia Forest, adjacent to the Masai Mara, and debuted on July 15. While the eight-safari-tent property is located on private land, it is near the Maasai Reserve. Rates start at $305 per person each night and include game drives (plus the option to tack on a walking safari through the Loita Hills with expert guides). Each tent includes a bathroom and hot shower. 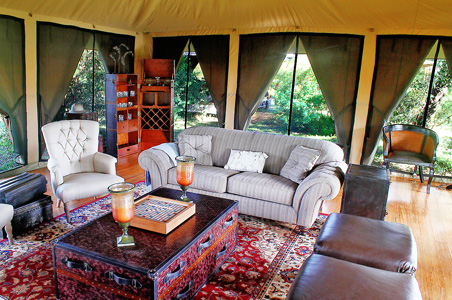 Open since early July, Elewana Collection's first camp in Kenya—Sand River Maasai Mara Camp—hugs its namesake river within Maasai Mara National Reserve. Each of the 16 tents hearkens back to the late 1920s but feature modern perks like a private sun deck, plus access to a swimming pool, library, and billiard rooms. Daily game drives and bush meals are available to guests. Rates start at $470 per guest per night and include all meals and drinks.