News Apeksha Bhateja India Is Experiencing a Brutal Heatwave. Here's Why It Matters to You
Home  >  News   >   This Week’s Top Hotel News

The most noteworthy hotel news of the week is collected here, from the planned two-plus-year renovation of the Paris Ritz, to the reopening of LA’s Hotel Bel-Air, to Canada’s tallest residential building, coming in 2012 to Toronto. 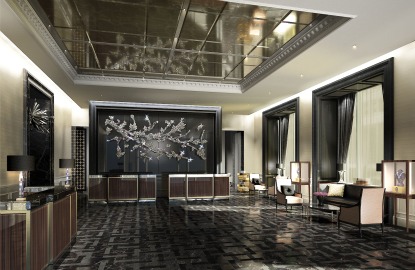 Trump International Comes to Toronto
In the heart of downtown Toronto, Trump is building the tallest residential structure in the city—and in all of Canada. The articulated spire atop 65 stories will extend more than 900 feet above the hotel lobby, to be located at the corner of Bay and Adelaide streets.
The hotel will have 261 rooms and suites, many with skyline views, starting at 550-square-feet. The 31st-floor restaurant, STOCK, will have chef Todd Clarmo at the helm. There’s also an 18,000-square-foot spa is in the works. The opening date is scheduled for Jan. 31, 2012.

Paris Ritz Closing for 2+ Year Renovation
The Paris Ritz Hotel will shut its doors to guests for more than two years while it undergoes an unprecedented renovation, to begin next summer.
All 160 rooms and suites, plus the hotel’s facilities, are getting a complete makeover over the course of 27 months. The two-star Michelin rated L’Espadon will close too, although there’s been no word as to whether the ever-popular Hemingway Bar will remain open. Read the full story here.

Hyatt Regency New Orleans Re-opens
The city that was devastated by the 2005 hurricane has waited years for the Hyatt Regency New Orleans to open it is doors, but now—after a $275 million renovation—the hotel is back in action and accepting reservations.
Located in downtown New Orleans, among the Hyatt’s new features are 1,200 guest rooms, a restaurant run by James Beard award-winning New Orleans chef John Besh, and a 24-hour Starbucks. Room rates start at $159 a night for weekdays and $219 a night for weekends.

A New St. Regis Opens in Northern China
At less than $160 per night, the new The St. Regis Tianjin is by most standards a bargain. Set on the Heping River, the cube-shaped hotel—which looks a lot like Paris’s La Defense—will open on Oct. 30, with 274 guest rooms and 36 suites, plus three restaurants and a spa.

Hotel Bel-Air Reopens
The historic Hotel Bel-Air in Los Angeles reopened this week after two years and a multi-million dollar renovation.
Highlights include a brand new tower atop the iconic 65-year-old pink Spanish mission building, a completely revamped interior, plus a new restaurant, Wolfgang Puck at Hotel Bel-Air, opening to the public on Nov. 1. Read the full story here.

Andaz Opens in Shanghai
Right in Xintiandi, in the center of downtown Shanghai, a new Andaz opened earlier this week near Huai Hai Zhong Road, a popular shopping area. The hotel has 307 rooms and 47 suites, but the most interesting detail is the hotel’s Francophile dining lineup. The patisserie, Éclair, will serve pastries all day, plus there’s a Shanghainese-French bistro called Hai Pai. Still to come is the opening of the spa, Optime.