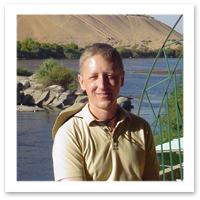 Do you have your own burning question about travel? Need some advice on your next vacation? Email us for the chance to have your own question answered here in the coming weeks.

The True Cost of a Cruise

I am a Master Cruise Counselor with 14 years in the industry. My experience is that one of the first things people ask is “How much does a cruise cost?” Usually the smaller the ship, the most it costs per diem. Was this true for you? Did you investigate the cost of the ocean view and balcony staterooms? Please address this concern. –Anne

You’ve raised a very good point here. People often see a one-week cruise advertised for $399 and think that’s what they will really pay. Well, that’s not entirely true. The cheapest cabins on a ship are usually inside cabins (with no window at all), and they are usually the smallest cabins on the ship. The price of my minisuite on Norwegian Gem was about double the cost of an inside cabin, while a regular outside cabin was somewhere in the middle. But there are myriad cabin categories on most ships, so fares can vary tremendously. Season matters as well; you might only see the cheapest prices on a single sailing that isn’t selling out because it’s the week after a major vacation period.

On the ship, there are other costs to consider. A cruise is not, as some people believe, all-inclusive. First off, you have to pay tips to the staff (about $10 to $12 per day per adult; children are usually half that). You also have to pay for alcohol, bottled water, specialty coffee, and even soda. You pay for all excursions and for myriad little things on the ship, including dinner in the specialty restaurants. Now, my father managed to take an Alaska cruise and not pay anything extra by taking no excursions and drinking only iced tea and tap water. But even he had to pay the tips. The typical cruiser should budget for at least $200 in extra costs. And the cost of a small-ship cruise is usually at least double that of a large-ship cruise (and not double the cheapest inside-cabin price but double the price of a minisuite). It’s just not in the cards for some travelers to pay $3,000 to $5,000 per person for their vacation, so I definitely understand that cost is a major factor. But if you can afford it, I think the experience of the smaller ship is definitely worth the extra cost.

My husband and I are going on a cruise in August leaving from New Orleans. We are flying down a day early to sightsee, but will also have a pretty long layover when we return (at least 4 hours). Do you think it is a reasonable request to ask the hotel where we will stay on the first night to hold our luggage for us while we spend a few extra hours in the city before having to get to the airport? If not, do you have any other suggestions? –Ryanne

If you have only four hours between the time your ship docks and the time your flight leaves, then you have barely enough time to get to the airport and check in. However, if you have four hours from the time you expect to leave the ship until the time you need to leave for the airport, you definitely have time for some sightseeing. I don’t think you should waste time and money traveling all the way back to your original hotel to drop your luggage. Instead, I’d head over to the Hilton Riverside at 2 Poydras Street (basically at the foot of Poydras) and check your luggage there (if they ask, tell them your room wasn’t ready yet). Then you can hop over to the Riverwalk Marketplace and the Audubon Aquarium of the Americas. I think you could happily spend a couple of hours at either place before heading off to the airport. There’s also an insectarium nearby if you are into crawly rather than fishy creatures.

My sons (25 and 27) want us to plan a family trip with their ladies for sometime in December before the holiday season starts. They want a warm place where walking on the beach is a possibility but also want to be able to rent bicycles and ride for a day or two. Since they live in Portland, OR, which had an awful winter this year, they are looking to a bit of warmth during next year’s cold season. My problem is that I know nothing about the islands off America and just have no idea where to start. The vacations I have found do not speak of being able to ride bikes and we do not want to go as far as Hawaii. –Christi

Since you’ve ruled out Hawaii, I’m assuming you want to be closer than a 5-hour flight from Portland yet somewhere warm. That also rules out Puerto Vallarta, my second choice for you. But there are a few possibilities closer to home. My first recommendation would be the Napa Valley. You could spend a few days in Yountville, taking advantage of Napa Valley Bike Tours (www.napavalleybiketours.com). That would leave plenty of time for some wine-tasting and sightseeing. The weather in Napa will be cool during the day (even cold at night), and there could be rain, but the climate is pretty moderate, even in winter. For the beach, head down to Point Reyes National Seashore. Granted, late December isn’t the best time to visit, but while there’s a very good chance it will be raining for all or part of your beach visit, the weather could also be clear and cool. The whale-watching seasons starts in late December, so that’s an added enticement. There are some great places to stay in Inverness or Bodega Bay.

If you want warmer weather (and who wouldn’t?), then I’d recommend San Diego. You can ride your bike along Route 521 from La Jolla to Oceanside or in Mission Beach or Balboa Park. There are several bike-tour companies in San Diego, including Bike Tours San Diego (www.bike-tours.com), which is right in the Gaslamp; Hike Bike Kayak San Diego (www.hikebikekayak.com) is in La Jolla (the latter offers much more than just bike rentals). There are also places to rent bikes right on the boardwalk in Mission Beach. I can’t guarantee perfect weather anywhere along the west coast in late December, but San Diego’s climate is about as nice as it gets in southern California.

Do you have your own burning question about travel? Need some advice on your next vacation? Email us for the chance to have your own question answered here in the coming weeks.