News Annette Richmond Meet the Activists Reshaping the Travel Industry for the Better
Home  >  News   >   This Bud’s For You: Undiscovered Gardens of the Loire

This Bud’s For You: Undiscovered Gardens of the Loire

Seeds ‘n’ Greetings! Spring has officially arrived, buds are blooming, and armchair gardeners and green-thumbs alike are dreaming about the moment when they can stop and smell the roses. With summer coming, even city slickers are itching to trade in their concrete jungles for garden paths, and many are now mapping out vacations to historic garden sites. For general gorgeousness, you really can’t beat the “garden of France,” the Loire Valley. 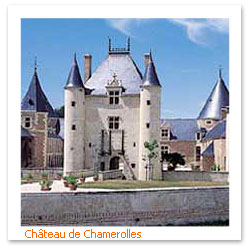 To call the Val de Loire beautiful is like saying Marilyn Monroe had star quality. Few travelers to France can resist the lure of its royal palaces and the fairytale châteaux. The only problem is that the most beautiful gardens here — such as Villandry and Chenonceaux — are often overrun with crowds and the flowers are so perfect they seem artificial.

But wander off this touristic conveyor belt and you will encounter a countryside so idyllic it could make the short-list for the Nobel Peace Prize. Succumbing, myself, to the grasshopper instinct, I recently traveled south from Orléans to Le Berry — one of France’s most undiscovered provinces — and discovered four sensational gardens. In the space of a few days, I developed a parfumier’s nose, dished the dirt with two pistil-packing countesses, and enjoyed a week of sublime vegetation. Here’s a sniff-off of these tucked-away horticultural treasures.

The city of Orléans, a major gateway to the Loire, is the hub of France’s Perfume Valley. Fittingly, the nearby Château de Chamerolles (in Chilleurs-aux-Bois, 10 miles to the north on the N152) has been transformed into a museum devoted to the art of perfume. Originally built in the 16th century, its sumptuous salons now house a “Promenade des Parfumes,” where the scent-crazed can see, among other things, a 16th-century laboratory stuffed with stills and presses and an opulent 18th-century boudoir fit for a Madame de Pompadour. You’ll learn that centuries ago perfumes were not applied to skin but dispensed through fans, gloves, and handkerchiefs (from which toilette — from toile, or fabric — is derived). In one room, a fabulous collection of atomiseurs “bottles up” the 20th century. After the great 18th-century philosopher Rousseau proclaimed the primacy of the senses (“the nose is the door to the soul”), perfume became an obsession for many, and remains so today. Outside, a Renaissance-style garden — a vast arbour covered with honeysuckle and roses — provides a feast for fragrance lovers. 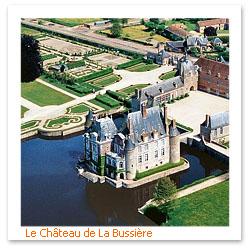 Much Ado about Mulch

Small enough to covet, the Château de la Bussière slumbers within a landscape in which time appears suspended. Glowing in pretty, cinnamon-tint 17th-century brick, it lies romantically moated in a park originally laid out by André le Nôtre, who created Versailles’s gardens. Green-thumbs head here for the potager (walled kitchen garden), which seems a living transplant from the 18th century. It’s set with dahlias and peonies, but the garden’s raison d’etre was to provide nourishment — still, the squash and pumpkins look so perfect you’re not sure if they’re to be eaten or admired. Hand in hand with Mother Nature, the Countess Géneviève de Chasseval gardens “au naturel,” using methods unchanged for some 200 years (in fact, her family has owned the property since the French Revolution). Her garden is “bio” — not one chemical is used — so you might wish to spend a half hour talking to the countess about le compostage. She sponsors a “Journée des Jardins” this year on June 4 and a “Cours de Jardinage” on September 16. (The château is 44 miles south of Orleans via A77, Exit 19, then north on RN7.)

The Subject was Roses 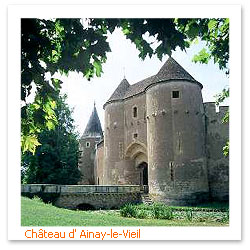 Gertrude Stein had it wrong, sort of: a rose is not a rose is not a rose. Many species have their own distinct personality, and you can discover this with wonder at the Roseraie of the Château d’Ainay-le-Vieil. Called “le petit Carcassonne,” this teeny toy-sized castle, roughly 25 miles south of Bourges near the town of St-Amand-Montrond, bristles with Rapunzel-worthy ramparts and turrets. But besides cold stone towers, there are living, blooming flowers: to be precise, some 180 varieties of roses, all lovingly overseen by the Countess d’Aligny (whose family has owned the château since 1467). Rose rustlers would be interested in her rare old teas, chinas, and noisettes. And for those who think roses should only be the brightest shade of Ferrari red, her “green” Rosa Cinensis will be an eye-opener. On hot summer days, the rose garden can be full-blown, with petals scattered everywhere — the latest in horto-chic.

A fortress of quiet, Le Berry is one of France’s most secret recesses. Immortalized by the novels of Georges Sand, its once-upon-a-timefied villages can soften up even the most hardened sophisticate. Every twisty road encountered is a lottery, but the pay-off is huge if you visit Maconnais, where Le Prieuré Notre-Dame d’Orsan beckons. This 12th-century priory has been unchanged for 800 years, but actually only came into bloom ten years ago, thanks to two Parisian architects, Patrice Taravella and Sonia Lescot. Their 12 reconstructed jardins clos (enclosed garden “rooms”) make you feel you’re in a pop-up medieval illuminated manuscript: Towering hornbeam hedges lead to a maze, chairs with woven wattle seating invite meditation, and a Garden of Simples (herbs) contains plant species from Charlemagne’s official plant list. Vegetables and fruits are harvested into the wondrous meals that Monsieur Taravella cooks up for guests at the six-room hotel he opened here (rooms balance austerity and monastic beauty but are also luxuriously outfitted). 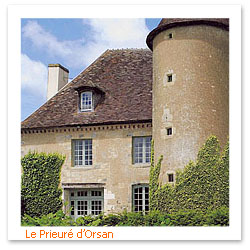 By car, the A71 autoroute from Paris leads straight south to Le Berry province. From Paris, high-speed TGV trains connect with Orléans and Bourges. There are many hotels in the region but two are well worth saving your pennies for. Not far from La Bussière is the Auberge des Templiers, which spectacularly combines half-timbered charm and Louis XV elegance. As for Le Berry, base yourself at the magical Le Prieuré d’Orsan.

Step into spring with these additional Wire features: