Deals Leila Najafi Attention West Coast: You Can Now Book Flights to Paris for as Little as $321
Home  >  News   >   Venice: Save vs. Splurge

Venice: Save vs. Splurge

Between the rising water and the rising prices, it can be hard to feel serene in La Serenissima. Admittedly, we can’t do anything about the city’s acqua alta, but the tips we’ve compiled will help you plan a Venice vacation that won’t leave you drowning in debt. 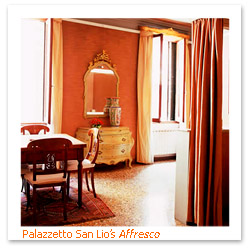 Words like “sumptuous” and “opulent” could have been invented to describe the recently renovated Bauer Il Palazzo Hotel, which occupies an 18th-century palace on the Grand Canal by Piazza San Marco. “Sky high,” meanwhile, best describes the rates. This spring, a double room with a view costs about $1,500 per night. That’s slightly more than you’d pay per week if you rented the Affresco guest-apartment at Palazzetto San Lio. Lodgings in this 17th-century building by the Rialto are understandably more modest, but the frescoed ceilings, silk wall coverings, and Murano chandeliers are as real as they are charming. Don’t have a week? Three- or four-night bookings are available at off-peak times.

There’s a good reason why Osteria Da Fiore, on Calle del Scaleter, is considered Venice’s finest restaurant. It starts with the freshest ingredients from the Rialto fish market and whips them together with enough panache to have earned a Michelin star. Seafood aficionados can easily pay $125 for dinner there. Yet you can sample some of the same delights — in individually purchased tidbits — at traditional baccari (wine bars) by ordering cicchetti, Venice’s version of tapas. Ravioli di pesce, grilled prawns, stuffed calamari — buy them for $1-$2.50 a piece and nosh to your heart’s content. Make cramped, convivial Cantina Do Mori your first stop. Located near the market, it’s been in business since 1462. 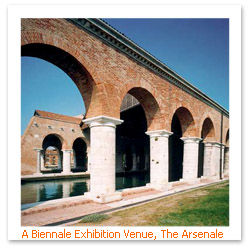 Sightseeing in Venice appeals to both princes and paupers because many big-ticket attractions don’t require tickets at all. It costs nothing to see the Rialto Bridge, Piazza San Marco, or the undeniably grand Grand Canal. Entering Basilica di San Marco is also free; though you’ll drop a few euros to visit its treasury and museum. Spending $35 on Chorus (€8) and Musei Civici Veneziani (€18) passes will get you into 16 other centuries-old churches plus 11 municipal museums (including the Doge’s Palace). Travelers more interested in the here and now can view contemporary art at the renowned Biennale Exhibition (running this year June 10-November 21) for just $20 (€15).

Whatever Floats Your Boat

The gondola ride is widely seen as one of Venice’s quintessential experiences. But let’s be honest: the kitsch factor is high (those singing gondoliers are more Dean Martin than Don Giovanni) and so are the prices. You can expect to spend $105 for a 45-minute daytime cruise, even more in the evening. There is, however, an alternative for the fiscally challenged, namely the traghetto gondolas that ferry across the Grand Canal for under a dollar. They’re public transport for locals, so trips are short and to the point. (Forget the brocade cushions: simply sitting is discouraged.) You’ll be surrounded by plenty of other people, and the feeling is sometimes less than romantic, but if you’re eager to tick “gondola ride” off the to-do list, here’s your chance. 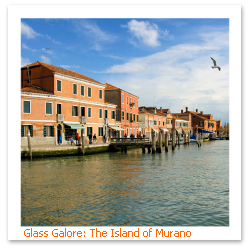 The lagoon island of Murano has been a magnet for glassblowers ever since the fire-wary Venetians essentially exiled them to it in the 13th century. Many still have furnaces and showrooms there, and plenty of touts will take you out to see them. But you can save yourself the high-pressure sales tactics by traveling independently to Murano via vaporetto and heading straight for Venini. The company has been crafting museum-quality glassware for over 85 years. Of course, if you merely want some beads and baubles to take home, the Rialto is the place to go. The glittery trinkets sold in its stores and stalls for $5-$20 suffice for souvenirs.

Moviemakers love Venice (Lasse Hallstrom, Anthony Minghella, and David Lean are only a few of the directors who’ve set pics here), and the city returns the favor the first week of September by hosting the Venice Film Festival. The “Mostra” draws thousands of cinephiles, so unless you’re a celeb, snagging premiere tickets can be tricky. But luckily for us regular folks, films get an encore screening the following night at a cinema all’aperto (or open air theatre) in Campo San Polo. Can’t make the festival? Every night at sunset from mid-July through August the venue shows black-and-white classics and first-run features (many of them in English with Italian subtitles). Tickets cost $6.75-$9.50.